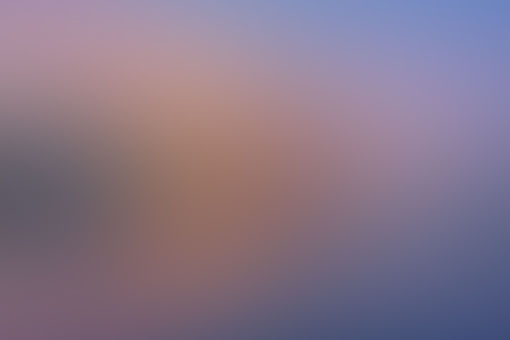 snakequeen Community member
Autoplay OFF   •   3 years ago
Transcript Use Images
After the mental challenges they are ready to face the rest of the Trial together. However, what will happen when they come to the team versus team tests?
thriller cadekieranmachaaumeridanflute

Flute started walking away back to the riddle floor despite the fact that we just passed. “What are you doing?!” I hissed.

“Not participating in some sick fight all because the proctor wants to see who’s strongest.”

“Flute, you are literally required to participate.”

“Flute Finn Vs. Meridan Zylar.” My mouth dropped open. There was no way Flute was going to make it. Even if Meridan didn’t outright kill him, he wasn't exactly his friend.

He was probably just agreeing with that old lady. “Cade Towers Vs. Kieran Elise. Tabitha voted to eliminate Takisan.”

“You heard me clearly!” Yelled Tabitha. I got into a fighting stance and unwrapped my energy, causing Cade to jump back.

I lashed a rope of my life energy at her to try to tie her up figuring that counted as a win. She pulled something out her backpack and cut the rope.

“Summoning!” Two oddly shapen swords came out of the air. Both were short with curved blades. Two points diverged from the original point, looking more like dueling swords than actual swords.

The swords lashed at me. A bar of metal appeared for me because of my need for fast concentration rather than power. The screech of swords across the metal was horrific.

The fight continued for a few minutes before I realized she wasn’t losing energy. Even though clearly losing blood to make summons; she was as energetic as ever despite my tiredness.

I figured I had to end this fast or I would be at a disadvantage. I swept the rope high up, and at the same time swept the bar at her waist level.

Bong! As I predicted she knocked herself out… Oh well.

I had to fight Meridan?! But I didn’t want to! Nevertheless I got out my fishing hook, and a staff. I thought that it looked cooler than the gloves… so… Meridan without hesitation charged at me.

A sword sliced the air right where I had been. Twenty minutes later I was only fighting by my willpower. My shield blocked most attacks but I was undoubtedly ready to collapse.

“Just be gone already! You don’t know how you make me feel Flute!” Screamed Meridan. Okay… he is kind of crazy. I brought up my shield quickly but his sword sliced through. Then it stopped.

He was breathing heavily, and he seemed to be in shock. The sword had nicked the base of my neck. A trickle of blood streamed down. His sword clattered to the ground. “I can’t do it.” He paused.

“Just get rid of me. I failed my family. They told me to let nothing, and noone get in my way of winning, Flute. And I failed. I let myself become attached to you.

I mastered killing, strength, poison, pain, but I couldn’t manage to master my emotions. Just get rid of me already!” I was standing there in shock.

“If you are truly my friend why don’t you just defeat me?! I failed Flute…” He collapsed and began crying. Kieran just stared at him, and nodded at me.

“What? Are you out of your mind?!” Screamed Cade. “He literally gave up to you and all you’re doing is forfeiting?! And- bonus: he’s not trying to kill you!”

“All right. All of you stop your drama. You all can pass. You all demonstrated your fighting prowess, and I decided it’s all right to stay the way you are. Just a note.

Many people by this stage have given up on either their comrade or the test.

It’s supposed to be not only Physically and Machaau straining, but also difficult to do in terms of emotions, mental fortitude, or your common sense.

You won’t fight your comrades brutally for your own sake. Flute… you pass.”

“I’m not going to become a warrior if they don’t!” I protested with all my heart. “They deserve the title as much as me!”

“All right… All right. I was just joking. All of you pass.”

“I don’t believe you!” Shouted Cade.

“So should I just take it back?”

The third floor was designed in a fashion where a board rack was set up. Below was a field of spikes, and there was some robotic puppets mounted on their boards limped over the top.

“Woo- hoo! For once it’s normal testing! This is Machaau Skysurfing!”

“Machaau Skysurfing! It’s a sport where there are two defenders to defend each team. Two attackers trying to knock the opposing team off their boards.

One catcher for each team to catch the balls, and that’s about it. Wait! There’s also five scorers trying to hit the belts of your team for five points each time!”

“What are we supposed to do? I don’t know how to even make my board work, and Meridan can’t lift his. Kieran isn’t great… But isn’t bad.”

“I’ll be the catcher. Meridan you’re on attack. Cade. You’re on defense.”

“What? But I don’t even know how to-” Cade protested.

And I have to let my fate rest in some annoying kid’s hands. The good thing at least, was that he seemed to know what he was doing. Currently Flute was dominating as leader.

Flute had demanded that we try out the boards. Please actually work. My board lifted after ten minutes, although I could hold it steady… However Cade repeated her episode.

Bang! Whomp! Slam! “Ow- Ow- Ow! Why doesn’t any of the boards work for me?!” Kieran hovered upwards. The robots got in position.

“Game Start. Command Initiative. Game time: ten minutes. Start.” I gingerly flew out into the open air. I did not like the idea of spikes impaling me, because of the board suddenly not working.

Flute was merrily heading out. A robot zoomed at Cade with the staff and ball. Apparently the cheaty robots got to go first.

Whack! Cade’s belt went down one life point, and five points appeared on the robots side. She wobbled about the board looking like she was going to fall.

She finally regained control and hit the ball back knocking the robot off. “Fifteen to five. Player six eliminated.” She cheered loudly. Thwock! A robot shot a spell from behind her.

It didn’t hit the exact point of her belt, but it did knock her off.

“I’m fine! Just try to score points… Woah! What’s happening to my board?!” It was shaking uncontrollably.

“Idiot. He hexed your board to move like that.” Cade started slipping. Meanwhile, while Flute was trying to catch the ball, that was going towards Kieran; I was too far away from Cade.

Flute forfeited the instant victory and went after Cade. A hand out of red aura appeared and clutched around Cade a meer ten yards from the bottom. The robot tried to catch the ball.

I whacked it with a sword and it’s life points went down, causing ours to shoot up to twenty. “Does anyone else notice that the robots seem to have ten players, and we got four?”

“And also a better way to lose.” Muttered Cade grumpily who was hugging onto her board for dear life. Number eight went after Flute with the ball.

But Cade blocked it with the shield, and I finally gained possession of the ball. I ricocheted the ball and hit two robots.

“Thirty to five.” Kieran looked confident now that we would win. However the robot caught it. I soon saw white aura flying around. Hmm… It suddenly looked like the robots upgraded.

They became faster. Five minutes later, Kieran had been eliminated. Cade got hit once.

And I had gotten hit in the belt twice protecting the annoying eight year old, because if she was out, we lost the game.

“Thirty to thirty five.” Dang it. They had stepped up their game. Cade was seriously low on life points, and one more point would make us lose.

Flute wasn’t allowed to score points, and the scorer had been eliminated.

I was just allowed to land body blows, which would do little good against the metal sheets covering the robots bodies, or the fact that they were attached to their boards.

And we only had four minutes left to beat them.

If we made Cade score, which looked like a bad idea because they had four scorers and two defenders, meaning they got to land six times the amount of points as us,

unless Cade got miraculously better, she would lose her life point, and we would lose the game. If we resorted to protecting Cade, the four minutes would eliminate us.

Worst case scenario would be Flute as the only player with no blows and a minute left on the clock.

“Three minutes Meridan. What should we do?” Asked Flute interrupting my thoughts.

“Make Cade act as a decoy. I’ll also try to act as one. Stay close enough to the side of us. If I get hit, not that big of a deal. Protect Cade.

If they shoot at us you have to grab the ball and get the fifty.”

We started going towards, the robots me pretending to attack them, while Flute was getting ready to catch. The ball went sailing. Flute tried to catch it.

A robot came from the side and tackled him, while a robot behind us, drove the ball into his belt. Darn it.

“Two minutes to go! The human players look nowhere near winning. Two of their players are almost eliminated, and the last one has a life down. Forty to thirty!” I seethed.

The second time around their points jumped up to forty points. Flute had had to dive in front of Cade because she didn’t notice a ball flying right towards her.

We would definitely lose, if Flute or Cade got eliminated so I switched to the front.

The next minute was flying hectic, Cade managed to knock into both of us and sent us tumbling, avoiding a narrow ball. This actually saved us because it had been coming from out backside.