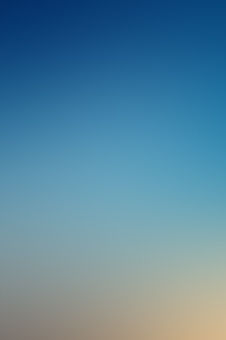 snakequeen Community member
Autoplay OFF   •   3 years ago
Transcript Use Images
~Meridan Zylar~ It was a restless sleep.
thriller cadekieranmachaaumeridanflute

It was a restless sleep.

I was dreaming about death again, and some of my training; I saw someone out the corner of my eye; I knew I was stuck sleeping with Cade, Kieran, Takisan and nuisance,

because the other rooms were full, but this red haired green eyed girl looked like none of them. A blade was in her left hand, and she crouched outside my door. She lunged at me.

I watched for a while; and concluded that she was not an experienced fighter or she would have never let herself be seen.

She seemed to not pay attention to anything and looked determined to kill me instead. I quickly moved over grabbed her wrist and hung her right out the gaping window.

“Try anything and I’ll kill you. Why were you in my room? Why are you here to kill me? What’s your name?”

“Ros-Rosabelle Thomas. And I’m here to kill you- you- you high-headed jerk! I know you killed my father!”

“No… I didn’t, idiot. My older brother maybe. And your father was a drug dealer anyways. Besides, it paid a lot.”

“What do you mean he’s a drug dealer? Or that’s for the money? He’s not and he means a lot to me! And it’s your whole fault he’s dead!”

“I said it’s my brother’s. Now… I think it would be easier killing you.”

“Meridan! I heard that!” Flute bolted up. “No you’re not allowed to do that!”

“And what’s going to make me listen? We can kill each other now. There are no rules. I could kill you if I wanted.” I lifted a finger making the girl let out a cry in fear.

“Meridan! I’ll fight you if it means protecting her! I’m not going to let you decide someone’s life- because you think you’re ALL high and mighty.” I was furious.

I picked up a knife and stabbed it towards her. Suddenly blood sprayed all over. It wasn’t the girl’s, but she hadn’t a spot on her.

He had stepped in front of the blade and put his hand right where I was going to stab. Blood leaked through his fingers.

“Why would you do that?!” I hissed. “Why do you value a stranger’s well being over your own?”

“Because I’ll never let anyone die on my watch! Especially not the innocent, or the kind hearted.”

“And you think someone who threatens to kill you kindhearted?!” I yelled with shock and rage.

“Well yes! Otherwise I wouldn’t have said you’re my friend! You already threatened to kill me on my first star here, and that’s something I ignored!

” He steps back and yanks Rosabelle away from the window. We stared at each other for a while before he made the girl go out the room, and we went to sleep.

The next morning I awoke to some particular annoyance bashing me in the head with a pillow. “Pillow fight!”

“No way, idiot!” I threw a blanket over his head. He threw a pillow back, and it hit Cade.

“What…?” She blinked groggily, “Did one of you throw that?!” I point to Flute, while he instinctively points back. Such a liar. “You!” She throws a barrage of pillows at us, and it hits Kieran.

“What’s going on?! Back to bed! Why do all of you act like three year olds?!” Then Takisan ‘accidentally’ kicked Cade in the face as soon as she went to sleep.

She kicks him back and the war starts up all over again. Kieran rolls her eyes at their immature behavior.

“I’m leaving the room.” Kieran turns the knob of the door handle and pulls it. She falls down. “What the…? Flute? Did you mess with the door?”

“Nope.” he’s interrupted by the loudspeaker.

“Sorry to awake you at five in the morning; but here’s an announcement; all contestants must reach the bottom floor through the tower by the end of three days.

If any of your roommates are missing; you’re eliminated.

” What?!?! I had to rely on a bunch of nincompoops for the second exam?! “The doors will unlock at my signal… Ready, set, go!” I took off, annoyed that I had to work with these guys.

I opened the door, and nearly got stormed by a bunch of the contestants.

“What is going on?!” I asked furiously.

“Um… hate to break it, but the staircase. . . disappeared?” Answered Nissa. The staircase… disappeared? I kind of doubted that. I observed it from a distance. Indeed.

The staircase had receded to the floor below, the ninth floor.

“Whatever. You’re all weak.” I roped my yoyo around the railing below and hopped down.

“Look out below!” Flute hollered coming down with his fishing rod. Cade tried to come down using the same rod, but got tangled up. Kieran rolled her eyes- again.

“How about you actually use Machaau?” She made a rope out of it and landed on the floor.

“Ha! I don’t need such lame devices to succeed!” One of the second years leapt down and landed perfectly on the floor below, despite the height of five meters.

Archie fired an arrow and hopped down using the string.

“I can do that do that too!” Jerome follows us. “Woah!” A tile fell from beneath his foot and he tumbled off the edge; we could only imagine his painful death below. Washi and Tann came down.

Washi attempted to do something but Tann stopped him.

“No. You can use Machaau later. Washi, people will recognize our strengths otherwise.”

“Yes teacher!” Teacher? But he’s the only a year older! Bear Bones made a rope out of summons, and pretty much everyone else got past. The ninth floor had a bunch of doors.

“Choose a door, young contestants. Each door is different. If you don’t choose one in time, you will be eliminated. You can’t go down the same door as people outside your room.

You can’t go in a different door than the people in your room.”

Flute faced me- “I say we take the last door on the right!”

“Because people are bound to choose left.” Responded Kieran. I sighed in annoyance of Cade’s dumbness.

“Already? I never even got a choice.” Remarked Takisan. Like I would let the nuisance make a choice.

Our team entered the door. It was dark, and there was hardly any light. I strained my eyes to see in the sudden blackness. Someone that I assumed was Flute began whistling. Suddenly, it stopped.

“Just kidding! I’m here Meridan, but I’m kinda searching for the other three.”

“We we’re all walking forward. First Kieran fell down a hole or something, and Cade and Takisan went off around one minute ago. Um… Meridan? Did you take a shower?”

“Shh!” I shut up. I could distantly hear footsteps.

“Huh. Thought I heard… prey.” Snarled a voice. I stood as still as a statue, and found that something was breathing down my shirt. I stepped on something.

Crack! Something swiped at me and I ducked. I lunged at the figure. Within seconds I felt a shift in the air, and the monster disappeared.

“Meridan! To your left! Right! Underneath! Overhead! Right! Right! Left! Jump!” I jumped. I wondered how Flute knew where it was, but so far I hadn’t been hit. I jumped, and heard a huge crack.

The monster had fallen down a hole.

“How in the world did you know where it was?”

“I’m really good at seeing, smelling, hearing etc.” We finally exited onto the normally lighted place. Cade was stumbling around and looked… tanned… so was Takisan. Kieran had been scratched.

I raised an eyebrow.

“We ran into a bunch of mirrors and Takisan was shoving me into them. Since there was a lot of light, they were burning.” Replied Cade.

“I ran into a bunch of traps, that I didn’t notice because I was trying to find you. We’re currently on the eighth floor.

” Our group finally rejoined and we headed for the next floor, everyone wanting to ditch somebody, but we weren’t allowed to. A group of shadowy figures stood in the middle of the hallway.