Commaful
Warrior of Warriors: Fired Up For Battle 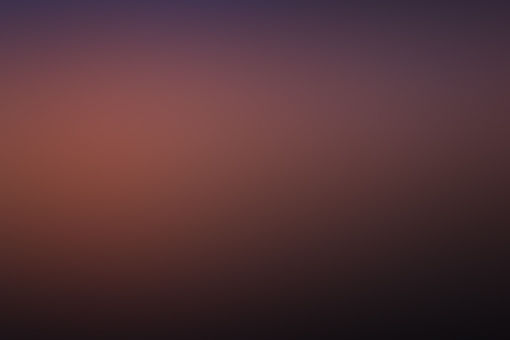 snakequeen Community member
Autoplay OFF   •   3 years ago
Transcript Use Images
~Sonia Diamonde~ I had been searching forever. How long had it been? Thirty four stars! For Guardians’ sake! Where the heck was he?! Blood. There was a ton of scratches too.
thriller cadesoniaakoshkieranauroglomachaaumeridanflute

Warrior of Warriors: Fired Up For Battle

I had been searching forever. How long had it been? Thirty four stars! For Guardians’ sake! Where the heck was he?! Blood. There was a ton of scratches too.

The idiot had been scratching up a wall with his nails. I continued along the tunnel. I heard a growl. He was there.

Without warning he lunged at me; I instinctively pulled out a blade, then remembered I wasn’t supposed to do that. His eyes widened in recognition of the blade and the face.

Flute leapt backwards, dodging both the blade, and me. He took out the fishing hook. Did he still have consciousness? He carved something into the rock, and then snapped back into autodrive.

He redirected the attack instead of me- to the cave rock. I retreated, but I got stuck in the cave. I… was going to die- of starvation.

A spike in Machaau. Sonia! But where in the world was she? Somewhere in the desert. Dang it. I knew I should have never left that useless girl on her own.

I cursed, disturbing Kieran who was coming into the vehicle with tea. She had left a trail… but it would take a while to do it with Kieran coming along.

I scrambled out the vehicle and after the marks. Kieran would have to do something on her own.

Meridan just… ran out the door? I quickly ran after him.

Three stars since the letter I sent. I was still crumby at the switching, and sometimes it happened at the wrong times. Sometimes, I would fall when I was doing the Switch.

I was still trying to portal places. How was I going to get ready for a fight that I didn't even know how to fight? I sincerely hoped that the mailman had delivered the letter.

I had decided to wait for my friends before heading towards the location. However, if they took too long; I would have to go by myself. The entire aspect was scary.

Scarier thing? If my mom found out. She would totally kill me for doing such a reckless thing. I sure missed my friends.

Even Flute waking me up at five, was better than him not being there at all. Even Meridan would suffice- although I would probably pound him instead since he was a huge cockroach. Forget it.

I just had to go. And I was bringing Rosabelle along. “Hey, Hey! Rosabelle!” I shook her.

“WAKE UP ROSABELLE!” I screamed in her ear as loud as I could without waking the others up.

She jumped backwards. “You’re so freaky Cade! What is going on? It’s only… twelve?! I’m going to kill you Cadence! I was trying to sleep!”

“We’ve got to go and find that John guy.”

“Rosabelle. Hear me out. I know this is way too soon, but the problem is really, that we can’t wait! The monsters are going to invade any time now!”

“That is so STUPID, and RECKLESS. We are not going! Wait for the teachers to do it! You got suspended once! Do you want us both expelled?! That is probably where they are anyways!”

“No they are not! I checked; they are way too west of the area!” I panted. “If you aren’t going, well- I’ll go without you!”

“You mean we will go. Right?” I turned around to see a group of kids rallied behind me. “It was kind of obvious that it was not an imp hunt.

Besides, Washi told everyone… and he was about to tell the teachers too.” Nick gave me a look. “We already have a list of everyone joining.”

“What type of list is this?!” I protested. “Please tell me why there is Sushi and Wasabi?! And why is TAKISAN CHEATER here?! Why do I have two advisors?! Are you guys suggesting I’m stupid?!”

“Because Washi named his team Sushi and named mine Wasabi.” Explained Tann.

“Because I decided to help to repay for sabotaging your team in the exam.” Takisan said smoothly. My eye twitched.

“What do you mean? He made a full apology.” Informed Washi. “He’s been practicing it.”

Takisan muttered an apology sounding like it was read out of a book. “Or maybe they are suggesting you’re stupid.” He said to me under his breath.

“I knew it! You COCKROACH! I’m going to smash you FLAT!”