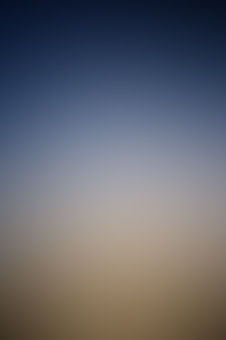 snakequeen Community member
Autoplay OFF   •   3 years ago
Transcript Use Images
“Attack!” Nick complained something about having no useful powers. He got onto his board and flew up. Cade, Lane, Tann, and I were stuck on the ground. The locals surrounded us. “They probably just changed their eye color somehow!” What was the matter with these locals? I was sure it was something Cade said.
thriller cadeakoshsoniakieranauroglomeridanflute

Warrior of Warriors: Father and Son

“Attack!” Nick complained something about having no useful powers. He got onto his board and flew up. Cade, Lane, Tann, and I were stuck on the ground. The locals surrounded us.

“They probably just changed their eye color somehow!” What was the matter with these locals? I was sure it was something Cade said.

“I asked about Mr. Russock! I mean he’s a prisoner but I didn't know that was a sensitive spot!”

“You’re not passing us!” Shouted a man. He was generally younger than a lot of them. Most of them looked like they were already in their seventies by now.

But out of the younger people he stood out the most. He wore a blindfold over his eyes. He carried a sword in his right hand, and wore a general’s red army uniform.

“Or am I!?” Yelled Cade furious. “Ha! See that?” She portalled to the other side of them. The man suddenly grabbed her from behind without any warning. It’s as if he knew where she was going.

Even with a blindfold… Was it just me or was he too good at Machaau?

“You’re not. For the grace of my father I’ll stop you!” Father?!?! All of our mouths must have dropped even out of reach.

“All of you!” He soared upward and kicked Nick off the board- and then slammed both of me and Lane before I knew what was going on. He also slammed his leg into Tann’s stomach.

How was that possible? He could see us? Was it his ability? “I’m Will R. the protector of this town’s secrets!”

“Try that Mr. Sixty year old!” She appeared behind him.

“Fifty six actually!” He grabbed her by the wrist and slammed her down.

“Can we try to be reasonab-ow! Knock it off, sir!” Yelled Nick. “We only came here to protect this place! You don’t want to get invaded, right?”

“Lie!” Protested Will. “No invasion will happen; you traitor and terrorist!”

“Terrorist? I ain’t no terrorist!” Lane had lost it.

“What are you doing Lane? You know you’ll get yourself killed!”

“Not if I do this!” He concentrated- and then grabbed the man. He lost his invisibility. Will seemed shocked. They were exchanging blows as fast as lightning.

That was all one ability?! Whatever. I had to get past the man. Cade, Nick, and I charged down the lane evacuating the area. The rest of the villagers chased us. At least all of them were slow.

Otherwise I’m sure we would be cornered somewhere already. Lane wasn’t going to able to hold Will back forever.

I knew that his ability could work for up to a full fifteen minutes before it started recharging. Plus, it wasn’t even his power that he was using to fight. We soon abandoned the villagers.

“There! That’s where the prison is!” Cade grinned.

“See you cockroaches?! We totally are going to talk to that guy!” She jumped off of Nick’s board, (which had thankfully not collapsed with Cade riding on it,) and dashed toward the prison gates.

The jail was relatively easy to get inside. With no guards present. I was suspicious. Suddenly I heard howling from deep within the prison.

Slam! Clank! Rattle! Crash! Was there a monster inside? I creaked open the door as slowly as I could. My heart jumped. A sour foul odor hit my nostrils burning my lungs.

The stench of decaying flesh. Were the guards… dead? A silver haired man lunged at me. No. You couldn’t count him as a man. His hair was knotted and all over the place.

He had a beard that sagged down low. His clothes were so filthy- that not for his clear human features he would have been mistaken for a monster.

A single yellow eye glowed- the only thing that stood out from his filthy face. His other eye was gouged out, a single bloody pit. I felt my palms glowing clammy and my vision shaky.

“Arrrrrreeeee yoooouuu okaaaayyyy?” Cade’s words faded into the distance as I passed out from shock.

I slid back onto my knees. I collapsed about a few inches from the red haired brown eyed girl who had fainted onto the floor.

The girl wore a yellow sweater and blue jeans. The passed out girl was wearing a white short cut dress, and high heels. I probably had lashed out… again.

I grabbed the (awake) girl’s medical kit. “Hey! Give that back you creep!” I simply didn't answer her… or give it back. I removed salve, as well bandages.

I began wrapping my wounds, and glared as if daring her to complain. Her Machaau suddenly dropped. That meant… Slam! I turned around and blocked her strike. I grabbed a backpack as well.

“Four eyes. Give me my weaponry first.” I reasoned.

“I’m not four eyes!” She screamed.

“However you might as well have four eyes you creep! And I’m not stupid enough to give you a sword! That’s why you’re in here- isn’t it?

Okay forget it Nick! There’s no point to go through this for a creep who doesn’t even seem sane!”

“Here.” The Nick kid handed me my sword. Hm… The Four Eyes girl was trustworthy as well as Nick. I would bet that the unconscious girl was as well.

People who don’t trust you so openly, will tell you before trying to backstab you. People who trust you aren’t the backstabbers.

People who faint are most likely too light-stomached, and less tough and resulting less likely to betray you. I took my sword. Remember.

/The nights reached colder and colder. The ship rocked and rolled. Waves as big as mountains were slamming against the boat tossing it into the stormy waters.

The boat split with a mighty crack and it spiralled onto an island. I got knocked unconscious. I woke up. I was on a gray beach. I felt a body touching me. I scrambled backwards.

It was breathing; a specimen. It had been holding my waist and its footprints led up to the beach. I finally understood. Whatever this ninety nine lived killer was, it wasn’t fully inhuman.

It had saved me… and my son. My head suddenly seized up. I took out an empty bottle and looked at myself in the reflection. I had two glowing yellow eyes… Damn it.

I applied medicine to the creature. It instantly healed its wounds. That was odd.

So I could enhance things? However despair grew as I realised that the dead body of my wife also was lying beside me. I buried the body quickly and planted flowers.

Another splitting headache came over and I slammed my face towards the ground. It hurt so excruciatingly. Blood oozed from my eye. I realised that I had probably impaled it in my madness.

--- Authorities tugged me away, forcing me to never speak those words about the creatures.

In fact- I had probably only written down about the main problem instead of the kindness that laid inside of some of them./ I finally woke up panting on the cold stone floor.

I took the sword in my left hand and cut off part of my growing mane of hair. “Here.” I handed over the aid kit. I however took out some food out of the backpack before handing it over.

I shoved it down. Nick looked annoyed. Cade looked murderous.

“John… Russock? Can we get you to help us by any chance?” Asked the boy timidly. So he was just the shy type. I don’t blame him to be nervous of my appearance.

“Drive off the invasion you wrote of.” I narrowed my eyes.

“Show me my son first. And… tell me what you’re named, or you get called Bride, Four Eyes, Boy, and random Ally that I can hear running over here.” I demanded.

“Oh now we have to get two cockroaches? Your son is bad enough! I believe he tried to kill us all and called us Yellow Eyed Freaks.”

“That’s how he is now? I’ve missed William so much. Now he’s turned against me I suppose. I don’t blame him. I’m more creature than human now.”

“You’re human? Yeah. I totally knew that.” Four Eyes sneered sarcastically. “Cause you know what you look like? A old geezer who crawled out of he-”

“Cade! No cursing! He’ll be our ally! But not if you make fun of him!” Yelled Nick. “I’m Nick.” Introduced the boy. “The girl that you kinda made faint is Dollie. And the other one is Cade.

Our ally is Lane. But how did you sense him coming?”

“That is a secret…” Suddenly their ally barrelled through the door. He nearly crashed into the rest of them, but appeared a foot backwards. He quickly locked the door.

“Will is chasing me!” My son slammed open the door.

“What are you doing father? One person if not more died. And now you want to go back?! You let Mom die! When I was six! So why am I to trust you now?” He took out his sword.

“I’ll fight you Father to prevent you from leaving.”

“What in the world of COCKROACHES is going on?!?!” Screamed Cade. I looked strangely at her. ‘Cockroach’ seemed to be a replacement for curse words.

“Your mother would have wanted this.”

“MY mother is DEAD. Because of you. And now a bunch of brats are following us. And one of them was fighting me with about the same abilities!”

“That would work for fighting.”

“He has the copy ability right? Then without the issue he can take the power. We will definitely be able to drive them out if not treaty with them with that kind of power.”

“More like hold them off for a second, Father. You always thought of dreams as reality. Fine I’ll come before you kill another innocent off.”

“You sure this is a good idea?!” Cade demanded. However everyone was focused on one thing. We could actually win.