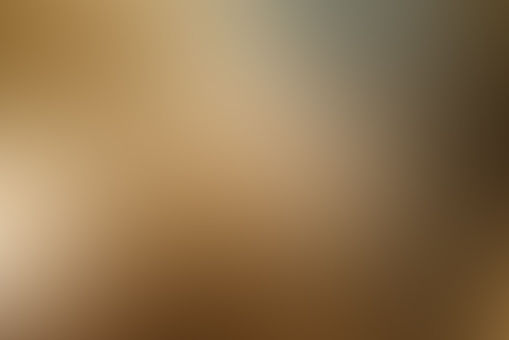 snakequeen Community member
Autoplay OFF   •   3 years ago
Transcript Use Images
~Cade Towers~ Three stars since the letter I sent. I was still crumby at the switching, and sometimes it happened at the wrong times. Sometimes, I would fall when I was doing the Switch.
thriller cadeakoshsoniakieranauroglomachaaumeridanflute

Three stars since the letter I sent. I was still crumby at the switching, and sometimes it happened at the wrong times. Sometimes, I would fall when I was doing the Switch.

I was still trying to portal places. How was I going to get ready for a fight that I didn't even know how to fight? I sincerely hoped that the mailman had delivered the letter.

I had decided to wait for my friends before heading towards the location. However, if they took too long; I would have to go by myself. The entire aspect was scary.

Scarier thing? If my mom found out. She would totally kill me for doing such a reckless thing. I sure missed my friends.

Even Flute waking me up at five, was better than him not being there at all. Even Meridan would suffice- although I would probably pound him instead since he was a huge cockroach. Forget it.

I just had to go. And I was bringing Rosabelle along. “Hey, Hey! Rosabelle!” I shook her.

“WAKE UP ROSABELLE!” I screamed in her ear as loud as I could without waking the others up.

She jumped backwards. “You’re so freaky Cade! What is going on? It’s only… twelve?! I’m going to kill you Cadence! I was trying to sleep!”

“We’ve got to go and find that John guy.”

“Rosabelle. Hear me out. I know this is way too soon, but the problem is really, that we can’t wait! The monsters are going to invade any time now!”

“That is so STUPID, and RECKLESS. We are not going! Wait for the teachers to do it! You got suspended once! Do you want us both expelled?! That is probably where they are anyways!”

“No they are not! I checked; they are way too west of the area!” I panted. “If you aren’t going, well- I’ll go without you!”

“You mean we will go. Right?” I turned around to see a group of kids rallied behind me. “It was kind of obvious that it was not an imp hunt.

Besides, Washi told everyone… and he was about to tell the teachers too.” Nick gave me a look. “We already have a list of everyone joining.”

“What type of list is this?!” I protested. “Please tell me why there is Sushi and Wasabi?! And why is TAKISAN CHEATER here?! Why do I have two advisors?! Are you guys suggesting I’m stupid?!”

“Because Washi named his team Sushi and named mine Wasabi.” Explained Tann.

“Because I decided to help to repay for sabotaging your team in the exam.” Takisan said smoothly. My eye twitched.

“What do you mean? He made a full apology.” Informed Washi. “He’s been practicing it.”

Takisan muttered an apology sounding like it was read out of a book. “Or maybe they are suggesting you’re stupid.” He said to me under his breath.

“I knew it! You COCKROACH! I’m going to smash you FLAT!”

The journey took forever. Half way in… “Can I get a pee break?” Yelled Washi.

“TMI!” Yelled Lane. He looked alarm. “Yeah, I think all the girls already heard that.” Everyone began laughing.

“Next- time try not to announce it. But yes.” Said Tann. “Why are you asking us?!” He looked embarrassed. Everybody else cracked up.

“Anyways, since it’s the seventieth star, we better get moving if we want to ever reach the coast. Besides, we only reached the desert, it will take us forever to reach the actual coast.

“Could you please be more positive?”

“Oh shape up Cadence! You’re a real pain, and not getting any better with the attitude control!” Odell shouted. I forgot how much of an annoyance she was.

She was one of those perfectionists that wouldn’t let you get a break.

“Actually- maybe we can find something to cheer us up- we are missing the Darkened Half Moon Dance; correct? We could hold it here!” Rosabelle suggested.

“What is this Darkened Half Moon Dance?” Asked Vaclav in a strong accent. “I am new to these parts.”

“But there isn’t nearly enough girls for boys…” Archie said. Everyone looked at him. “What? Was that awkward?”

“I know! I can dance with you!” Washi yelled jumping at me.

“No way! And wash your hands!” I screeched leaping backwards. “I’m dancing with someone older and more mature- or I’m dancing at all!”

“You seemed to be having a great time with your mother- are you gay?” He hissed in my ear.

“No. Freaking. WAYYYYYYY!!!!!!!” I punched him in the face. Rosabelle gave a sigh from behind me, and Odell caught him.

“Then- I dance with you?” Asked Vaclav. I was annoyed.

“No! You’re hairy and disturbing!”

“That’s awfully judgemental for someone who wants to be called eleven despite her size.” Pointed out Han.

“Did you forget I’m a shinobi?”

“Shinobi blah, blah, blah! I’m sure I could take you down!” I said gritting my teeth.

“Are you sure about that?” He challenged.

Lane stepped in between us. “Knock it off you two!” We both swung at him- not realising who it was until too late. Dollie caught him, glowered daggers at both of us.

“You’re both terribly immature!” Yelled Dollie. Everybody else just stared and went away.

Felix, Jobi, and Castro the brothers apparently forgot about the beatings because they all went for Dollie.

“Obviously you want me-” SMACK! They all got whacked across the face.

“Forget it you perverts! I saw you ogling me!” She turned invisible and walked away.

“Okay- a non-violent thing to do- an actual dance, no partners needed.” Suggested Tann. He must have saw my face because he scooted backwards ten steps.

“Oh- I know, let’s assign the girls to partners so the boys can’t complain!” Suggested Gene. Everybody glares. “That’s what my parents said they did.”

“Whatever. Odell- and Vaclav- Cade and Takisan, Dollie and Lane, Rosabelle and Washi.”

“YES!” yelled Washi. Rosabelle died in the back. Odell and Vaclav made a funny fair. One of them was graceful- and one of them was just not.

Dollie and Lane apparently were friends because they looked relieved to be with each other.

“Why HIM!” I protested at the top of my lungs.

“So you two can apologize to each other.” Explained Gene.

“That’s exactly why I don’t want to be with him.” I hollered. “He is a COCKROACH, a JERK, a BACKSTABBING CREEP, and an AS-”

“No cursing! Act proper!” guided Odell. Someone really take off her that position.

“I’m not!” He screamed. He obviously had just as short a fuse.