Commaful
Random Prompts I Wrote To 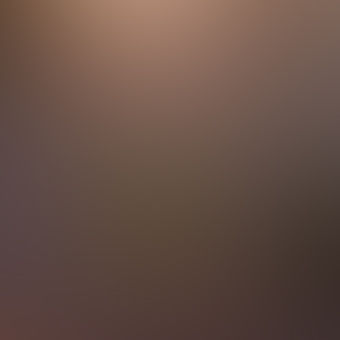 snakequeen Community member
Autoplay OFF   •   3 years ago
Transcript Use Images
These are seven prompts/ writing based off of them that I decided to share. If you want further prompts, use Writer Igniter. (It's a prompt generator online!)
fiction promptsshortwriting

Random Prompts I Wrote To

Prompt: A stranger gives someone lunch… with a key in it.

Growl! My stomach protested, as I had magically forgotten once again to get a lunch packed, or bring the money to buy one… meaning after testing for my entrance exams into a school.

The school tests were the usual… a misleading first prompt exam, a physical second exam, and another difficult third exam.

Man, it was hard to become a participant in the competitions… “Which school are you trying to enter?” I looked up to my best friend’s face. Unfortunately it was that she already ate her lunch.

I brushed my hair out of my face.

“What do you think? Apparently I’m a terrible spy and got kicked out to the last circle… It’s literally called Last Chance.” I replied with a huff.

“Do you ever think about not becoming a spy? It’s such hard work and whatnot… and you die young.”

“My other choice is to die young with no money… or I could join and get some and hopefully live longer.”

“Hey! That didn’t help!” She began laughing, but it died down pretty quickly.

“Want any?” A boy asked holding out a bag. My brain was as slow as syrup moved, so it took a while before it clicked that he was offering me his food.

I look suspiciously at him, praying that this wasn’t a fourth exam. But my stomach was protesting loud enough, I was sure the entire plaza could hear.

All that was inside was a loaf of bread… but it was bread… And a loaf… and bread… and I was starving, making hopeless excuses to make bread sound better.

I took the first bite and a bitter tang hit my mouth. Something stale triggered my gagging reflex, making whatever it was fly out of my mouth and into my hands.

No… this wasn’t food… it was a single rusted, old fashioned key. I wasn’t a fool. I knew only one way a key would have gotten there… the Top Circle wanted me… But why...?

Prompt 2: You are lying down on a hospital bed, dressed in pajamas. No one is around. It is eerily quiet. Suddenly, the phone in your room starts to ring.

How I so hated being here in the hospital. The doctors reckoned that I would have to stay here for a couple more days… Apparently a case of memory loss, which they insisted would be temporary.

Brrrrinnnng! Huh? Who would call at… midnight? I climbed slowly out of my bed and over to the phone stand. “Hello? Who’s there?” I asked quickly staring at the number.

I didn’t recognize it- but then again maybe it was someone calling the hospital nurses, or my case of memory loss.

I must request you to listen to me,

and not assign me the title of crazy… There is a man outside your room… and he’s going to come in within a few minutes… I need you to get out of there as fast as possible,

by using the balcony ladder to climb down. Good luck.” Huh? What was that supposed to mean? I was sure this was a prank call, or just a mis-message, or maybe I heard him wrong.

“Jennifer Briggs… May I come in?” Asked a deep voice. “I was sent to administer the correct medicine…” I was just hallucinating! I slowly opened the door for the man.

There was no way a stranger would know my name! It was only too late that I realized that the nurses wouldn’t know my name either… They only knew me by J. B.

Even I didn’t know my name- although I had assumed that was the correct name. I let out a piercing scream as a knife glinting in his left hand plunging through my chest.

I bolted through the airport as fast as my legs could carry me.

I was going to be late for the Magyk contest! Where ordinary people got to go outside their limits to impress the best magicians of all time.

CRASH!!! I slammed into an old man who was horribly scarred. I backed up as quickly as I could, grabbed my suitcase and ran.

As I panted, I looked through my stuff to make sure everything was intact. Huh?! This wasn’t mine! My mind raced back to thoughts of the old geezer.

Had he taken my stuff? I realized I had to go back… Apparently the man found me first. “You ought to apologize, haven’t you?” He asked in a gruff tone.

“Now get your stuff, and get lost, magic brat… you’re nowhere worthy of my time.

” Hey! That was rude! “And I’m going to call the Nabbers if you don’t pay up…” Slang for magic police… I didn’t want them n my tail, and I knew he definitely had evidence.

Half the stuff I had was to cheat in the exams. I yanked off my necklace chain.

“How about this geezer?” I said scowling. His temper only got worse.

“Where did you get that, squirt?” Huh? I had no idea what the batty old guy was blabbing about.

“Obviously, I have no idea! I just you know- pickpocketed it! Now let me go! I’m trying to get to the competition!” I yanked away from him and ran until I could see him no longer.

The man wasn’t going to catch me this time! The Trial gates closed behind me… But the old man was there. Right behind me.

“You’re going to tell me where you got it. Or else-”

“Hello! Are you his patron in the Games?” I forgot. I needed a patron and no way was the man going to say-

“Yes. I’m his patron.” The man said before I had completed my thought. Why had he said that?

Prompt 4: Someone with a vendetta, goes on a vacation

My stomach clenched with anger at the murder of my family still. Blake had suggested I take a break from my stewing, and take a vacation.

Meaning as well, that I was supposed to have a hotel mate, because apparently the hotel had to be stuffed full. Thanks a lot, friend for picking it.

My roommate was a brown haired, hazel eyed boy. He gave me a quirky grin… Something didn’t feel right here. It could be the fact that I had to room with- no that wasn’t it.

It was more sinister than that. If my memory serves me right, that was the murderer… My brain screamed for me to get out of there, and so I did creeping slowly toward the door.

“Huh? Where are you going?” He asked with a confused expression. I didn’t answer so he gave a little shrug. “Claustrophobic- ain’t it?” He gave me a mutual understanding smille.

I didn’t reply then either, inching closer to the door, and closer to my knife concealed within my suitcase.

“How about some air then? Wait… you’re just shy aren’t you? Foreign places make me seem a bit like that as well… Not to worry.

You could take the closet and whatever bed you want then… I’ll just be on the balcony.” He left the room for a moment. I grabbed the knife from my luggage and slid it up my sleeve. Die.

I plunged it toward him. “Oh, and please leave space for me in the restroom” He gave another one of those infuriating smirks. I instantly hid my knife back into my pocket.

I grinned at the boy hoping for him to notice… suddenly! “Oh… nice to see you again!” He noticed? No… he was grinning at a different girl… Valencia. I glared.

“What are you doing here?!”

“I could say the same, ugly.” While I was gritting my teeth at the upstart, I turned to look at Jake; my crush, for support. He was gone… again.

Prompt6:Psychic, finds something valuable among junk, a key, forest

I bolted, weaving in and out between spindly oaks, in maddened hopes to get away from the Circle. It was a guild of knights, bent on killing me, and stealing my power.

I pulled out my purse and poked a random one of the random junk boxes… which had a one out of a trillion chances to get something actually valuable.

Just needed something to distract them, and I had almost no cash at all! A key. Oh great. Like that was any help. I grabbed it and randomly chucked it ahead of me in frustration.

A door opened up. A door? It must have been a teleportation key! With no other thought, I launched myself through and into safety.

Prompt 7: In the middle of a rebellion, someone betrays the rebels, and reveals their plans to the enemy.

I ripped off the mask of my opponent… It was… a boy… Walter to be exact… the nicest boy in our group… had betrayed us? He had told the secrets to the enemy?

“Explain yourself!” I demanded, my body shaking with rage. He looked as pale as a ghost, and I expected him to make up an excuse.

“I-I told the Chancellor because he told me that otherwise he would have to kill someone… He said that he would spare me if I did, as well as reward me… I’m s-so sorry… but he-”

“But he what?” Came a familiar oily voice that dripped with sarcasm. “I must say, that is telling someone what I told you not to.” Said the Chancellor as he rounded the corner.

I was too angry to care that it was the Chancellor’s fault.

“Okay. Let’s see this ‘sparing’ take place. I shoot the gun at this traitor unless you surrender.” I snapped to the Chancellor. I was sure he was going to say I could, and he didn’t care a bit.

Laura stood tall at my side waiting for a reply.

“I will not surrender my people’s lives.” he replied with a nasty undertone. “I will even take yours if I have to.

” I finally realized I couldn’t shoot Walter and was about to shoot at the enemy instead, when Laura pulled the trigger.

The bullet tore through the air heading for his heart, and a spray of blood followed. Blood. I essentially killed someone! Yes… I killed someone indeed. It was the chancellor.

He had thrown himself in front of the bullet so that his bright green uniform glowed crimson red. Suddenly it was a madhouse.

The enemy began shooting at once killing many… Laura, and my closest comrades. Then a bullet sliced through my arm and I gasped for oxygen, eventually falling into silence.

The end :) Please tell me which prompts you like/ stories based off of them. By the way, I used Writer Igniter for some of these prompts. You are free to use these prompts as well.