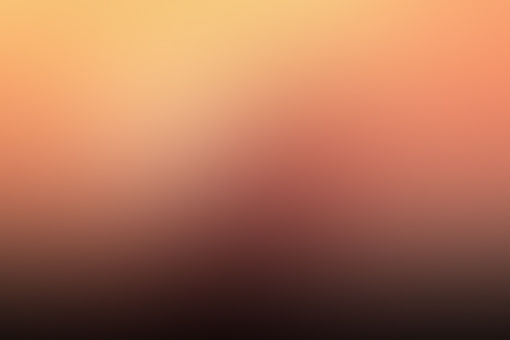 snakequeen Community member
Autoplay OFF   •   2 years ago
Transcript Use Images
Daichi soon meets his... murderous ursine principal? He's probably the *first* to realize something is up, and this isn't part of the supposed movie they would be filming- and now he wants a helping hand out of the mess.
fanfiction horrormysterydangan ronpadanganronpa scariest dangan ronpa fanfictionscariest danganronpa fanfictionlgbtq mystery fanfiction

Chapter 3: Day 0: Plot Holes and Holy Angels: The Show Must Go On!

<One year after the first attack on the Western Branch September 05: 7:30 AM, Auditorium>

<Daichi> Dakota's shriek absolutely startled me. How is that thing scary anyways? I mean sure, it doesn't exactly look school friendly, but it doesn't scream 'terrifying nightmaric teddy bear.'

<Daichi> I was utterly flummoxed. What is a robot doing on stage? Maybe he's some sort of stage prop intended to invite us into the theater business.

Thinking of that, I really need to get a room and a laundry washer! I can't believe Haruto got me soaking wet! And my hands hurt. I might need a medic kit over this one.

<Akata> "Now, it's a robot. It probably just wasn't programmed great, or someone is pranking us. Let's just listen."

<Monokuma> "Here's a little token for all of you! Free tokens! Meal tokens, key tokens, rule tokens, and whatever-else-stupid-tokens exist.

" I snatched one out of the air, and held it in my hands. It was shiny, and reflected my red contacts on its surface. What is this pink token for? And what an ugly color.

<Tatsumi> "This is ridiculously stupid. Just get to the point Teddy, what do you want us to do? If this is a prank Stupid, you're totally dead.

" The robot- if that was a robot, somehow turned a blaring shade of red all over his 'cheeks'.

<Monokuma> "I'm not stupid, and I'm not a teddy! You make me saaaad!" He mimed tears. "Anyways, onto the instructions! And next time you say that, you're in for reprimanding!"

<Monokuma> "The show must go on! In the form of a killing game! What do you say, audience, isn't that wonderful?!" A fake clapping electronical sound emitted from the speakers mounting the wall.

<Kosagi> She actually joins in the clapping. "That is a wonderful theme for a new movie! Perfect suspicion and utter horror and disbelief at betrayal!"

<Monokuma> "Ahahaha! You don't understand! You're the participants, and it is very much real!" This isn't good. Somebody really did attack the school...

I just thought it was the Western Branch- but that was just mass chaos. Nothing was behind it. Are you telling me somebody hijacked our school?

<Rokuba> "Hey you bastard! What did you do to me, Aoresama?!"

<Aokarin> "I think I'll just knock you out again- or maybe this dose will kill you. Since the principal said it was a killing game." He said, in the most matter-of-factly tone.

Was he serious? I mean we're talking about a KILLING GAME-

<Dakota> "Like- can you stop this stupid theater gimmick, stupid b-" I heard a loud doom inferring click. I slowly turned around, spotting twenty some different spears mounted up on the walls.

<Monokuma> "I said don't call me stupid! Gungnir Spears save me!" The spears fired one by one at her. SHWOOMP! I heard a loud crack as the first sailed into the wood near her feet.

She let out a scream and jumped backward. SHWOOMP! A second buried into the wall an inch from her face.

<Daichi> At some miracle, she avoided all of those by screaming, crying, and jumping all over the place like a grasshopper while the rest of us stood still in painted horror.

<Daichi> SHWOOMP! The last one fired at the perfect moment- meaning the worst one possible.

Dakota wasn't paying attention- no, she was bent at the waist, holding her knees, and panting, black hair slick with sweat, and tangling in knots around her forehead.

She wouldn't make it, and the words were on the tip of my tongue but didn't quite reach my lips. My legs shivered with adrenaline, but didn't move a step towards Dakota.

Why couldn't I save her? I'm so cowardly!

<Shizuku> But someone else moved for me.

The one who couldn't move his mouth, moved his feet instead, and leapt for Dakota; his fist clutched around the shaft, and drove the spear toward the ground one inch away from her.

ZIPPPP! All the spears contracted back on wires into the wall.

Other than not commiting any violence against your principal, for ultimate stage excitement, there are practically no rules!

I mean other than not murdering more than two of your beloved classmates, or skipping the trial that comes after to either convict you to punishment, or let you go free!" That's sick!

I- already have an idea what this punishment is. "Well, toodle-oo! Have a fancy smancy day while I as principal go write up motives for you guys, if the rest fails!" He pauses mid step.

<Monokuma> "Unless you have problems? Questions?"

<Tatsumi> "No, none. Perhaps this will finally be the chance I was waiting for to eliminate these drunken fools."

<Daichi> I- I need to make alliance right away, and investigate each of the potential killers. There could be a chance without motive somebody's already going to go and do it.

<Daichi> But who would be useful? Who would be trustworthy? And who does that eliminate?

<Daichi> I have to pick Them!

<Daichi> While he's clearly rude, he probably- knows his way around a fight. Because he's standoffish, I bet he's going to be blunt if he wants me gone, not stab me in the back.

I approach him with my heart in my throat.

<Tatsumi> "What do you freaking want, idiot?"

<Tatsumi> "Find a different moron with the same 1 percent IQ as you."

<Daichi> "No, I want somebody intelligent, with fighting experience."

<Tatsumi> "And why do you think I want to team up with you, freak?"

<Daichi> "If you don't want to, I'd rather be born out a soot pile than partner up with the others. All of them are off their rocker."

<Tatsumi> "Good point." He snorted. "Yeah, go get born out a soot pile then, I'm not partnering up with you."

<Daichi> Well then, who am I going to go to then?

I really did mean that a soot pile was better than all these people! They try to kill me, accost me, or act like they're going to kill someone-! Wait... he did too. Okay...

well there's the people who will treat me like a toddler, and then... Sukuma? He seems fairly normal.

<Sukuma> "Huh? Why are you so loud? You do realize we're not alone here, right?" Yeah... *Insert nervous cough*, yeah I did.

<Daichi> "Are you considering any alliances?"

<Sukuma> "Eh. That bear is just needing a few knocks upside the head. It's just a robot, what can it do? Well... I guess I'll partner with you. I need someone to help with my blackouts.

" First time I've heard of it!

<Daichi> "What do you mean by blackouts, Sukuma-san?" Most of the people had left, disinterested in my yelling, and so we were left in stiff silence.

<Sukuma> "Just Sukuma's fine. Sometimes I get random blackouts and do weird stuff, like somehow manage to lose every single thing around the room. Or maybe it's just sleepwalking, whatever.

" Yeah, that sounds like it. You make it sound so dramatic. No wonder we're the drama crew of weirdos that wound up here.

Heck, I wouldn't be surprised if this was the government's manuever to get rid of all the crazies in this town.

<Daichi> "So other than that, what do you plan to do in an alliance?"