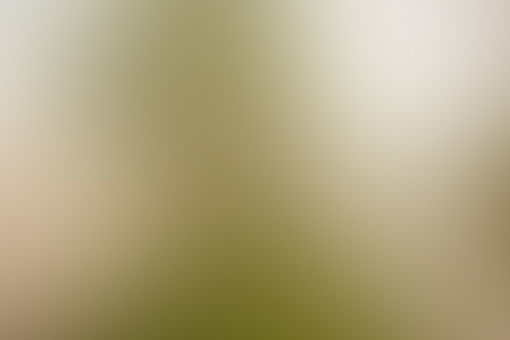 <Hazumi> "Oh please! Why else, would you pretend to be Sayu?"

<Renka> "I was not! You probably just didn't hear the explosion because of your muffled rooms!"

<Sero> "Liar! The only reason you wouldn't know the rooms didn't have soundproof coating, would be if you never entered it!

And why else wouldn't you be there, and then lie about your whereabouts? Because you didn't want to get caught- as a spy!"

<Renka> "Let up man, I just said the wrong thing! Why would I spy for that psychotic bear?"

<Sora> "It only makes sense to glean information about your current situation by sharing something about someone you don't need, or don't even know.

You probably wanted to contact your family or similar."

<Nagisa> "Unless we're going to keep harassing him for something of little importance, to get information about his dad or something by executing him,

we should move on to who actually killed Ameshiba, and how."

<Kenji> "Clearly, somebody else who happened to meet in that room last night."

<Kirato> "Well I was with Sora and Aisho the whole time. That proves our innocence."

<Atura> "Hazumi, can you please stand up for your own alibi?"

<Hazumi> "I was in the tactics room with Ame san up to about 9:24, when somebody came in! They shot at us, so I grabbed her and ran, but she was too slow, and she was shot.

She told me to get help, but the doors had already closed, so I holed up in the weaponry room, until morning."

<Kenji> "So all that explains was the two explosions. But you are the ultimate healer; why didn't you help her out if all she had was a bullet wound?"

<Sero> "That's because she wasn't wounded in that way! Hazumi's lying!"

<Hazumi> "Aren't you on my side Sero?! Quit making up lies yourself!"

<Sero> "First off, the gunpowder wasn't even wet, and Sayu wasn't even injured with a bullet. The gunpowder, and sidearm were placed there by none other than-"

<Sero> "You! That would be the only reason why you should lie.

You made it sound as if the foundation shaking was from the killer, but instead, it was because you opened the door to the weaponry room after 9:25!

You were going to meet Monokuma, because like Renka, you are the second spy!"

<Nagisa> "While you may be right Sero, don't get bigheaded. If you forgot, we were trying to find the culprit, not all the spies who aren't involved."

<Tatsumi> "Since you were out in the hallway the whole time, can anybody testify that for you?"

Before that, I was standing in the hallway while Danza entered his room to use the restroom. I left during that time so I could fetch something from my room as well."

<Tatsumi> "Then can you tell us if anybody was out and about at that hour?"

<Danza> "Certainly. Tatsumi, Asuko, Aisho, Kirato and Atura were all in their rooms. Tatsumi, and Kirato out of those five, were the only ones awake.

Hazumi and Renka were spying as you've proven, but the others outside their rooms have backup. Iseika and Sora were arguing for quite a bit before they retired to their rooms.

Kenji was in the medical lab with Shiaru, Yajima, and Nagisa. But they immediately left after the loud sound of the explosions from downstairs, and Renka's imitation.

The only one I didn't supervise was Sero, since his bedroom was directly around the corner from where I was sitting-"

<Sero> [You better not blame me again!]

<Danza> "Which could be attributed to saying you were the killer, also being located closest to the door."

<Shiaru> "Let's not jump the gun. Similarly, Tokohama, myself, the older Hikaru, Iseika or the twins could be blamed for the murder.

We were the only ones you didn't supervise going into our bedrooms straightaway.

<Sero> [Thank god he saved me from accusation! But why suggest himself? Why suggest Danza?]

<Danza> "Am I getting blamed? Even with a supporter?"

<Sero> [A sudden flash of inspiration hits me.]

~Danza's knowledge of the meeting

<Sero> "I can prove it! First of all, Danza could have commited the crime anywhere from 9:01-9:14. While he wasn't down where Sayu was, Sayu could have come up to hold a meeting with him."

<Sero> "Sayu's front proves that she wasn't killed during the time lapse we originally believed. She has no water from the ongoing fire sprinklers on her top, or back.

But the fire sprinklers lasted all the way until to 10:30. So she must have been killed between the meeting, and the time Danza was supervised in the hallway."

<Sero> "If Sayu was killed too late, the culprit would have found her too heavy to move without getting her shirt wet.

So as soon as she alledgedly left the meeting, she entered Danza's bedroom, since it was a 'planned meeting.' He couldn't have predicted that Asuko would leave the hall for his own matters.

The murder was an accident."

<Sero> "Sayu had been a spy, and was planning to tell Danza information. But after his actions in the meeting, she didn't trust he wouldn't turn her in, and attacked her.

Being a guard, Danza was trained in combat, even against people far stronger than him, and he ultimately killed her in self defense."

<Sero> "He realized that if Asuko came back and discovered the dead body, he was screwed. He moved it all the way to the lower floor, and hid it in the tactics room-"

<Sero> "Therefore the killer was YOU!"

<Monokuma> "And now for the vote!"

<Sero> [As I watch, Danza's face grows pale. He dropped into a pit below, with a sword in his hand. Countless weapons showered him, and he grew sluggish, not able to repel all of them.

He collapsed of exhaustion, just as a spear plunged into his chest killing him.]

<Sero> [But somehow I didn't feel sorry. The gnawing feeling taut to one's chest in this type of situation was entirely nonpresent on mine.

I was filled with anger at him for killing somebody, and not even admitting to it, instead blaming me.

The thing that frightened me the most, was the delicious spur I felt upon my fingers as I saw him bleed out to death.]

<Sero> [Her hand shoots out to catch me, but I fall backwards, dizzy and nauseous onto the hard cold floor.]

<Sero> [I recognize the voice as Nagisa's.]

<Nagisa> "Two whole days according to Yajima. I was out too for an entire day. When my psychosis takes control, I go crazy. More than often, I pass out."

<Sero> [I guess he's talking to me, because he feels sorry for me.]

<Sero> [I'm confused but relieved at the same time. I offload the bed and go to change my clothing.]

<Nagisa> "Anyhow, you were muttering about some pretty iffy things yourself. Are you sure you don't have delirium?"

<Nagisa> "Moving on then, if it's just me, I wouldn't be surprised, but it seems like Monokuma erased some of our memories, or tampered with them.

I was wondering if the headache you had, had anything to do with it, or if it was a result of Monokuma's cruel execution of Danza."

<Sero> [I search my memories as I might for any recollection of my past, but I can't remember anything outside of going to Hope's Peak, only to wake up here.]

<Sero> "You're right. I can't remember anything. Annoying bear! What do you think he's planning, to give us no motive?"

<Nagisa> "He probably figures everybody is on edge, and wouldn't hesitate to kill somebody to get out anymore, since he was the first 'example'."

<Sero> [My head lurches again, and now I am on my stomach heaving up dry nothingness. I cough meaninglessly.]

<Sero> [Nagisa grabs me by the arm, but I still stumble forward.]

<Sero> [As the words stream out of my mouth, I bet Nagisa can tell I'm lying.]