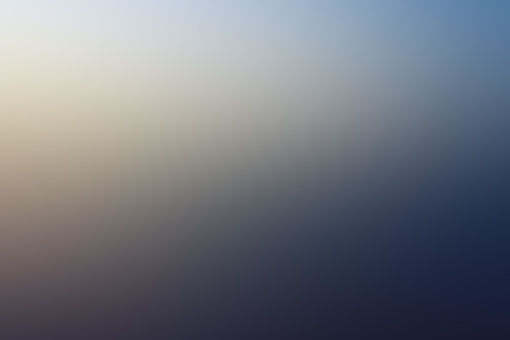 snakequeen Community member
Autoplay OFF   •   3 years ago
Transcript Use Images
Chapter One Yes! This video game is going to be awesome! The best video game-making company made it! I almost ran out the door. I had gotten up at five in the morning just to go game shopping.
thriller video-games

Yes! This video game is going to be awesome! The best video game-making company made it! I almost ran out the door. I had gotten up at five in the morning just to go game shopping.

Oops. Got ahead of myself. My name is Simon Winchester, and I’m going to the Game Stop today to pick the Horror House up.

The game is supposed to be out officially out five days from now, but some winners of a raffle got to become Beta Testers for the game.

I first heard about it on the news. It was a thing now; MMORPG this, MMORPG that—and the exciting thing was, it was all so real! I had been dying to get my hands on one.

Although I kind of doubted I would get one, since only thirteen people got to perform in the Beta test. I found out it was thirteen because thirteen was an unlucky number, and it was horror.

Although now, people were trying to get one hundred and ninety one people to play, because that was also a seriously unlucky number.

(I really didn’t know where that came from, but people are trying to do anything to play that game first.

) Even though Kyoyu had promised he would get something for me since today was my birthday, it was a one in a zillion chance I would even meet one of the Beta testers.

It was still very unlikely even though I had woke up a five today to try to get a game. And because it was Saturday, that meant even more competition for the Beta games.

I really never knew that they were this popular until I saw all the millions of reviews online.

I groaned. I had been so excited, I had forgotten to comb my hair. It was like a bomb had exploded. Yellow hair stuck up all over the place, and even my black eyes looked weary.

I decided I might have to delay my run to the Game Stop to avoid looking like I was still in ancient times, where they didn’t even have hair brushes, or washed clothing.

After spending some time combing my hair out of snarls, knots, and geling it down, I finally entered the store, although it was probably too late at this point in time.

I knew that I wasn’t going to get something good at this rate, although I at least hoped for one of those outdated Mario games.

Don’t get me wrong, they’re still fun; but I really didn’t come out of bed this early to get one of those.

I usually tried to sleep in to nine on weekends, but I had gotten up at five just to try to a get a game. I guess I’m just seriously--maybe unhealthily--addicted to gaming.

I considered myself a good gamer. Although some of the other players astounded me at how good they were, and how quick they could adapt to games.

I literally have heard of four legendary- no, make that seven legendary gamers before.

Three of them were together in a tag team, and the rest were solo players who jumped to the top of the list in less than two months of gaming,

compared to those guys who tried for years and couldn’t even get on the leaderboard.

I was aiming to become one; and although I was constantly training to become a GM, I didn’t get anywhere close, and my statistics still were trash.

I hadn’t even gotten anybody noticing who I was. And I still hadn’t found any players to play with for real.

I often had fantasies about jumping to the top of the leaderboard; it was mostly me dreaming or looking at the wrong place to see my score.

The store I was going to, was perhaps somewhat of a run down place compared to all the bigger, more expensive, rich and fancy stores nowadays, but it’s my favorite.

I liked it because this guy named Kyoyu, (yeah, it means “sharing”— just figured out myself) runs it, and he’s really nice.

In fact, sometimes he gives me games for free, even though they are usually third-handed. I couldn’t get a deal like that anywhere else. Especially the type of cool games he gives me.

I almost train with my characters every day, (sometimes with Kyoyu,) but I can’t seem to get on the leaderboard. But I was going to. I promised myself that someday I would.

I might not have good tactics, but I devoted as much time as possible to gaming. Which was mostly when I wasn’t doing homework that I was apparently so bad at; according to the teacher.

It was mainly due to them always going home early because they had… someone to return to. And I didn’t. Okay. I shouldn’t be thinking about sad occurrences on my birthday.

Get it in gear Simon, and just get a game already.

“Hi, Kyoyu!” I shouted, running in the store as soon as he was opening the door for the regular customers.

I must admit it, that he doesn’t have a ton of customers nowadays, but he makes a big note to let me in first all the time. It made me feel special; because he was a good friend.

The first time he let me in, I couldn’t believe it.

I had been trying to peek at the games from outside, because usually store owners were mean enough to kick me out of their stores, because they accused me of stealing the games for sale.

I couldn’t blame them for keeping their games under lock and key because you can never trust shoplifters nowadays, but they had always blamed me for it,

even though there was clearly other people shoplifting that never got caught.

Like this guy named Morgan, who always was stealing from the shops, but somehow I just get blamed because I’m an orphan, and apparently, when comes to doubt, they blame me for it.

But that one day, Kyoyu had beckoned me to come in; me a little suspicious at first, because one time someone just did that to try to call the police on me.

He had even given me a limited edition game and let me try it despite the fact that one, I couldn’t pay him, and two, I still wouldn’t ever have money to pay him back.

But, he had laughed and told me it was for free and that I could come by regularly.

He had said not many people came by nowadays to buy games, and I looked friendly; when I asked how, he just said that he could tell the difference between a thief and a hardcore gamer.

I was embarrassed at this statement, but was overjoyed at the new game I had gotten. I visited him more and more after that, and we became partners in gaming.

He was still a rookie at it and made plenty of mistakes, but I did too, and I was glad someone was there to help me.

” He paused and he must have seen the look on my face when I frowned- more like pouted but let’s not get into technical details.

“Actually—you can have it!” Wait… What?! He had a beta game even when there was so few of them, and he was giving it to me?

! Oh I see; he had been fooling with me when he acted like he was annoyed that I wanted one! “I waited in line a while to obtain it, but… you can have it since you’re my favorite customer!” Wow!

That’s nice… but now I’ll definitely feel guilty about taking it… Shouldn’t I pay him? I took out my wallet and reached inside. “It’s one of the Beta Testing games.

I smiled; he was the only one outside of me, myself, and I, that said ‘happy birthday’ to me. He grinned at me, handing me both the MMORPG gear and the game.

I tried to give him fifty dollars, knowing how rude it would be not to pay him for this awesome gift, but he shook he his head and shoved the game into my hands.

“Have it Simon, it’s your birthday!” I smiled unconvincingly at the fact that he rejected the money, and wondered what I did to deserve such special treatments.

Then I finally grabbed the game with a huge smile stretching across my face when I thought of the length he waited.

He must have been there quite early, and unlike normal, his brown hair was quite a mess. This. Was. Going. To. Be. Awesome. Game on.

As soon as I got home, I began boiling pasta.

I couldn’t begin a game without something to eat! And pasta was my favorite! Then, I turned on the virtual-reality game and began playing, while waiting for the pasta to be done.

It took me a while to find out that I still needed the gloves and helmet from the box. After finally setting it on the table, I turned my computer on hoping for a fast download.

Thankfully it worked fast enough for me, because otherwise, I would be sitting around all day. Most of the MMORPGs these days take such a long time, because of all the complex graphics they had.

They also had a lot of assets, even more than the huge online games, making them hard to download- or make for that matter.

I shoved on my MMORPG helmet and gloves. Attaching it to the computer, I waited as it confirmed its connections. Then, on the screen, I selected my character.

Was my mouse even working today? I decided maybe I just needed to get a new mouse or a new computer. Then again, they were outdated. I didn’t get any decent electronics ever.

The only time where they came close to decent, were when I got them from Kyoyu. The other store owners seemed like they wanted to rip me off every time I tried to buy something.

I always seemed to get the accidentally damaged goods. I swore that it was on purpose though just because I was an orphan. Thanks a lot you stupid shopkeepers.

Are you sure you’re even doing your job? I often thought someone should fire them, but technically they were the head of the store not someone else.