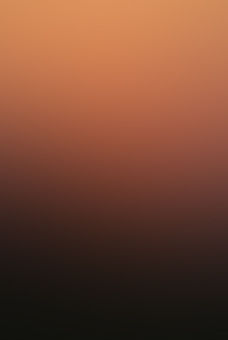 snakequeen Community member
Autoplay OFF   •   2 years ago
Transcript Use Images
The characters of the fanfiction I was creating... as they don't fit.
thoughts charactersdangan ronpadanganronpa

Sero: The latter has bleached brown hair, black sleepless eyes, and a pale complexion. A maroon winter jacket opposes common dress in this weather, and earplugs are jammed into his ears.

A white T-shirt is pulled on beneath, only noticed for the silver chain that hangs down from his collar bone to the 'U' of his shirt.

Asuko: -with curly brown hair, and light almond brown eyes on top of a pale complexion. His mouth was pulled into a serious expression, and his eyes were alert and awake.

He wore a black employee's shirt, with a flame imprint all over the midriff.

His shirt was tucked loosely into the oversized belt of his gray slacks, which traversed all the way down to brown trousers, with laces messily fastened.

Sora: I look up to see a brunette with extremely short hair in a miniature ponytail at the end, with two black piercing eyes, and an obvious scowl.

She wears a blue half jacket and jean shorts to her knees, with black flipflops that seemed to be from the men's section of the shoe department.

Danza: A flop of brown hair obscured his black alert eyes. He wore a casual white T-shirt decorated with a jade pendant.

His black coat hung loosely on his thin tall form, and blue jeans barely touched his ankles. He wore a pair of monochrome platforms, checkered in large squares.

Shiaru: A gray haired boy with kind silvery eyes, and a tanned complexion waved out to all of us.

On top of his black sweater, laid a brown tunic, and a dirt encroached white apron slapped with a maple leaf sigil.

He wore a strange necklace with three tomoe around his neck, and beneath his shirt he had scuffed gray jeans, and wore mud encrusted lace up boots.

Kirato: The boy had a sprawl of golden hair dripping over his reddish brown eyes. He wore his black jacket wide open, with a white T-shirt, and a pair of sunglasses dangling between his fingers.

Aisho: -looks pretty much like Sora, except her hair is much longer and dangles to her waist even.

Her entire wardrobe is dipped in chocolate, from her brown sweater, to her brown leggings and skirt. She is invested in scribbling in a worn notebook.

Sayu: She stood out among the girls, with a ripped muscular body, a black sports tank, and purple yoga pants. Her hair looked silver in the dim lighting, contrasting with her black eyes.

Yajima+Nagisa: The stocky blue haired tomboy caught my attention almost immediately. Her hair, eyes, and shirt were all a rich azure.

Her short hair didn't even graze her chin, and instead swayed between her crystal blue eyes. On top of a blue work shirt, she wore a black tank top.

Her whole blue theme stuck out like a sore thumb, but more so her legs, which hung uselessly, at her midriff. Both appeared to be broken, or at the least, lame.

Her twin, looked exactly the same, except that her twin's outfit was messily slapped on, and she stood up beside the wheelchair, with a charms bracelet around her wrist.

Renka: The boy dubbed Saota, was fairly tall, with a long slick ponytail of stark white, dipped in an inky black tinge at the end.

His eyes were a scarlet red, contrasting with the white half mask that slipped over the left of his face.

His right sleeve was black, frequented with white polka dots, but his other was white with black stripes slipping across.

The odd black and white contrast was a front slipped over a red shirt and tie.

Hazumi: The next to step up to speak, was a girl with a brown waterfall of hair, mismatched with olive eyes, and a scattering of freckles over her pale face.

A low dipping white tee dangled from her thin frame, as well as a pair of faded jean shorts.

Atura: A girl with scarlet hair to her midsection with sky eyes, highlighting her sun shy face walks over. She dons a white dress shirt, and a red tie, under a brown coat.

A white belt with a gold fastening ties her black shorts to her shirt, while black lace netting coils around her delicate legs.

Jiji: The next one to speak was a oily black haired boy, with a pair of faded blue eyes, and ghost white skin.

A thorny black choker clung around his neck ducking the flaps of his black leather jacket which swung to his knees.

Adding to his slick personality were the black rubber pants which only stuck to his legs by the millions of buckles that dotted them.

Kenji: The second to last to speak- excluding myself, was a girl with blonde hair, and mahogany brown eyes. Her skin was the color of ash, despite her lips being peaches, on silk.

Her white sweater gathered and bunched around her chest, and waist, while her blue jeans seemed too tight for her midsection. Black flats completed the look of a premature model.

Tatsumi: We all turn to the remaining member of the introduction, a black haired boy with brown accusing eyes, and a black suit.