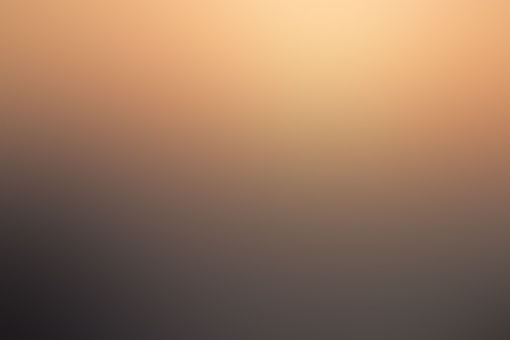 slemansukkar Community member
Autoplay OFF   •   a year ago
Transcript Use Images
a real story about a long-distance relationship between a teenage arab boy and a Russian girl,
its my story that I would like to share with the world, maybe one day she reads it from my point of view

the 9th of September 2017 was the day 16 years old me decided to browse the internet seeking friends around the world, as a usual teenager would do,i only texted girls, wanting to have fun ,

i remember thinking European girls are beautiful and so i put a filter to find only European girls, after some talking and meeting some girls that totally ignored me,i froze for a second,

i have found all i desire embodied on a single human being, i couldn't scroll down,i had to text her although i knew i had no chance talking with her,

i sat for an hour thinking what i should say, until it clicked in my head, ''your name reminds me of my favorite childhood princess'', her name was Anastasia,

she was a russian girl 1 year younger than me, she replied within a minute, she was really interested about the movie and we started texting for 4 hours that day, we shared our hobbies,

lifestyle and point of views about everything, the fallowing day i ran home from school in a hurry so i can talk with her, surprising enough she did the same,

we shared a lot of similarity and most importantly we loved spending time together,

soon later i started skipping classes so i can talk with her 5 or 6 hours of talking a day was not enough for me or her,

you might say we were still young but 1 week of talking and texting and i already told her i love her and would actually come to russia after i finish highschool,

and just like that i made the hardest irrational promise of my life,but for the time being she shared my feelings and we became long distance lovers, we would talk 24hours everyday,

we would share our days and everything that is worrying to us, basically its true we were teenagers but we were taking it seriously.

i told all my friends about her and they were truly happy for me, expect my childhood friend who told me that this relationship won't work and am only wasting my time,

it truly made me sad but he is my dearest friend so i knew he meant no harm until one day there was a party and he wanted us to go but i refused because i wanted to talk with Anastasia instead,

his words to me were ''bro she is a Russian girl, Russians are bitches,she is probably cheating on you right now'', i couldn't handle his words and I hit him,

and that's the story of how i lost one of my dearest friends.

i stopped being social, i would always prefer sitting in the house and talking with her, and i was really happy with that, she was all i wanted her beautiful smile,

green eyes and warm personality was more than enough for me to replace anything in my life.

5 months into the relationship and she is going to a school party, doesn't answer my calls until she finally answered, i asked ''are you ok?

'', she said the music was too loud and she couldn't hear my calls, suddenly a drunk guy takes the phone from her and starts talking Russian to me then handed her the phone,

i was really worried, i asked '' who was this?

'', my ex she replied, at this point, i was angry she was drunk with her ex at a party, what do you expect them to be doing, i judged them and told her that we are done,

I sat down in my room crying about how foolish i was believing that our relationship would work out.

an hour has passed ,she is calling me i tried calming down before i reply,i answered the phone to her crying drunk and saying that she really loves me,

and she did nothing but since it was a school party and her ex goes to the same school he did this foolshiness because he was drunk, she asked for forgiveness and i believed her,

and so i wiped down my tears and called her the next day, we talked about what happened at the party and she explained, but i noticed something wrong,

i felt she was lying about something but i didn't ask and kept it to my self, then she asked me what would you do if we broke up,

my answer was simple '' people i care about are what keeping me alive if lose you i would probably try becoming a mafia member'',

she laughed and thought it was a joke until I explained to her what my tribe type of business is, she wasn't shocked and knew i was serious,

we came back to our relationship but this time it was different ,i was harsh on her, until two weeks later she said that she wanted admit something to me,

she made up a stupid story about how a guy kissed her neck in school while she was in class and gave her a hickey , me not being an idiot asked '' it was in the party, wasn't it?

it was the clown of the class she told me about before, she basically told her whole school about me when we started together and basically, he did that only to piss me off (the joke is ,

your bf is not here what can he do?)

the story seemed bizarre to me and I really didn't believe it but I wanted to check myself, even though am 16 years old boy, am an Arab of pure blood,I still had powers,

remember my tribe type of work, yeah we do that in Russia and turkey too, so I gave them the kid photo, name and the school he goes too, turns out her story was true,

I remember being happy and sad at the same time, i was happy she was saying the truth but i was sad that i didn't trust the girl i love, i called her and apologized about doubting her,

she didn't know what i did to the boy and was really confused how i trusted her suddenly, but i answered and told her that i would never doubt anything she tells me from now on,

and her being sweet to me promised me that she won't put herself in such situations against and so everything came back to normal.

I am a Muslim and she is Christian but i didn't care about the religion barrier because even Islam says its ok to marry from another religion, but for her,

she was really scared that we get married one day she would have to wear a hijab and not wear skirts or whatever she likes to wear,

she was scared that my personality would change as a Muslim after i marry her because of stories she read online and because of what today's media tell about Islam, to be honest,

I understood her point of view but i had to remind her that i changed my entire life goal for her only, am going to travel and live in Russia just so i can be with her and no one else,

still she had her concerns,

and soo i told my family about her just to make her feel relaxed about it, and my family welcomed her and considered her my wife, she was now happy and had no worries about our future, actually,

like to wear but the fact that she did that to me,she won all of my feelings.

my birthday came she didn't say a word about it, she only said your gift will come late because of the delivery, but she sent me a video she edited of her making me a scarf as my birthday gift,

honestly, it was the first gift I have ever received in my life actually it is the only gift i have ever gotten, she also sent me a perfume and (a special something),

I was really happy with the gift and decided to gift her a really expensive perfume ,a big stuffed bear and my shirt that she really liked,

but she never got the gift because (its Russia) the gift was probably stolen,

she was sad about it and I had to make it up for her so basically i bought her some stuff online from a Russian shop and had it delivered to her house.

the name Konopka comes in hand after she was bored of the English language and wanted a new word to describe her love,

we searched together for a word until we found that some people call their GF's button, so it became our joke, Konopka means button in Russian, and i began calling her Konopka a ever since.

time has passed, now am in highschool ,i need to study hard if i want to be with her, i explained that to her my country highschool system is one of the hardest in the world,

and its hard to pass.

we began talking less and by less i mean 5 hours every day instead of 12,

at the beginning everything was good until she started being upset about it and I couldn't handle it so i began skipping studying and talking with her until she sleeps then i begin studying,

the sunrise until the sunset, meaning i need to stop eating and drinking, talk with her and manage to study, but sleep caught up to me,

i would wake up at 5 pm and be able to text her because she would still be in school, because of the russian system,

and i begin studying until 7 am then go to sleep to wake up again at 5 pm and the same thing kept happening and i couldn't control it, until after 2 weeks of this routne ,

she (TEXTED) me that she wants to break up because she can not wait for me to finish highschool, all i could say was think for about an hour and text me back,

and i remember praying and crying to god to keep us together ,then she texted me that's it all over and blocked me on everything, my life got destroyed ,i was heavily depressed ,

i have been doing more than what i can to be with her, and she just broke my heart and left,i was in disbelief ,and it also was my mother birthday ,

i had to act happy in front of my mother so i don't worry her in her birthday, i started doing drugs and other harmful things, i failed my highschool year and had to start over all again,

i developed an anger issues that led me to stab my uncle because of some family issues, i lost my entire life and still i blame myself to this day and not her, that's how much i loved her,

i dated alot of women after but non was like her, it is wrong to say this but even now i would give everything i have again to have her with me....