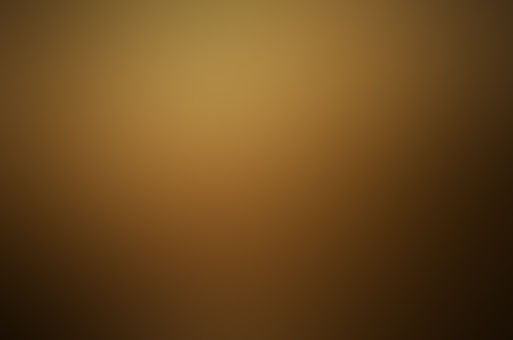 skittlespower I like to write poems.
Autoplay OFF   •   7 months ago
Transcript Use Images
Mitsuba decides to face his feelings.
fanfiction #mitsukou#mitsuba sousuke#tbhk#jshk#koumitsu#sorta angst?#why do i have to break my own heart smhkou minamotokou#mitsuba

Mitsuba paced unsure in the hallways. Today was it. He was going to confess his feelings.

He clutched the small daintily folded pink slip in his hand. Earlier that morning he was trying to find the best ways to summarize his feelings. A simple, plain way to summarize how he felt.

It's not like he didn't try to even fall in love with anyone.

Take girls for example. Goodness, he tried his hardest to like girls. But in his honest opinion, no girls were cuter than he was.

Sure, Mitsuba was always a bit feminine, but he never expected himself to even be near to liking guys. Or liking anyone in a romantic sense in general.

But this boy was different. With this boy, Mitsuba felt as if he could laugh endlessly and just be himself. With this boy, sometimes Mitsuba would just want to be together with him forever.

This boy, was a boy Mitsuba held dearly to his heart.

The boy would often be a subject for the pictures Mitsuba took. Photography has always been a huge hobby of his, and his favorite pictures only seemed better at the fact that the boy was in it.

Mitsuba knows that confessing is a huge risk in ruining the friendship. For many reasons.

For one he can easily name, is that both he, and the boy. Are boys. So there might be the chance that he, this boy. Likes girls. Not boys.

The word "Rejection" played in the pink hair's mind like a record.

Mitsuba pushed a strand of hair back behind his hair and fiddled with the paper slip again. His heart pounded as the unsure thoughts echoed in his mind. But no. He was going to confess.

There is no turning back.

This boy, he isn't the kind to just stop being friends with Mitsuba.

So even if there is the chance of being rejected, Mitsuba believes that if they still remain friends afterwards, that is enough for him.

He gives himself a small smile as he sighs and smooths out the pink slip. He has some pretty good hand writing, he knows that for a fact. Better than the boy's.

Mitsuba could wander in his mind all day if he could. But he needed to prepare himself. The pink hair took a sigh and closed his eyes for a second.

He told the boy yesterday to come here behind the school around this time, so he should show up any second now.

Mitsuba's shoulders faltered a bit. His excitement draining slightly. He clutched the pink slip softly. His eyes watering a bit. He was always a crybaby.

He brings a hand to his eyes and wipes the wetness off. Leaving him with a smile that was slightly trembling.

Obviously, when you are all excited to do something and something happens unexpectedly you would get upset. Mitsuba planned out this confession perfectly.

He poured out his heart into that pink slip. He clutched the pink slip harder. Trying his best to stay positive.

Mitsuba decided to sit down and wait for a bit longer. He kept his smile up. He tucked the pink slip in his pocket. He decided to fix his hair a bit.

Mitsuba was still there. He set his phone to the side and started playing a bit with the pencil. Checked on the pink slip again.

30 minutes passed. The pink hair had a blank sad expression on his face. His shine of excitement from beforehand has faded. He checked his phone again for any messages left by the boy. None.

Mitsuba stood up. He dusted himself off and then held out the pink slip up to his face. It seemed small and stupid. Meaningless.

He crumpled it in his hand as the tears just rolled down his face.

Him, a 14 year old crying just because his crush didn't show up for his confession. Well, it's not like he ever specified it as a confession.

"Hey, um Traffic earring?" Mitsuba's own voice echoed in his mind, replaying when he asked the boy to meet him in the back of the school later that day.

"My name's not- Okay whatever, yeah?" Replied the boy, his blue eyes staring into Mitsuba's meek raspberry pink eyes. Mitsuba adored those eyes.

"Want to meet up later around 5:00 pm behind the school? I need to tell you something." Mitsuba replied, slowly averting his gaze from meeting the boy's.

He remembers clearly fidgeting with his scarf. His cheeks probably turning a small shade of red.

"Sure okay! I promise!" The boy replied taking no notice of how flustered and embarrassed Mitsuba seemed. Suddenly, as Mitsuba turned to leave the boy took out his pinky finger.

Mitsuba just stared at the boy's hand confused for a second.

"It's for a promise! A pinky promise!" The boy replied grinning childishly. Showing off his toothy grin. His blue eyes shining expectantly.

Mitsuba smiled weakly at that memory. Maybe he was just being nice. Maybe the boy figured out everything and decided to avoid Mitsuba.

The pink hair quietly cried some more as his insecurities overcame him. He clutched the now crumbled pink slip in his hand and threw it aside as he stepped to leave.

He was speed walking each way in the hallways until he neared the exit.

Only to be met with a familiar blonde idiot.

"MITSUBA!" The voice cracked out as Mitsuba fell back a bit at the coincidentally encounter with him. Mitsuba opened his eyes to be met with some big blue ones staring right back at him.

Looking down at his feet with a guilty expression.

"Well- You better be!" Snapped mitsuba. His eyes still wet from the crying. He rubbed his eyes again annoyed. He let out a strong huff. Turning his face away.

"I- Mitsuba really. I'm sorry." Replied Kou with a stern tone. Mitsuba glanced back slightly to see him with those eyes glimmering. Mitsuba can never understand how his eyes can gleam like that.

"It's.... Fine... I guess... It wasn't that important in the first place." Mitsuba mumbled with venom laced in his voice. Dripping with dryness. The pink slip was crumpled up in a nearby corner.

Mitsuba could feel Kou's blue eyes drifting towards it.

Mitsuba tried to block Kou as he reached towards the pink slip.

Kou shifts from side to side, making it hard for Mitsuba to block him. The blonde lunged towards the crumpled pink slip successfully. Much to Mitsuba's distress.

Kou picked up the pink slip and uncrumpled it. Smoothing it lightly to make it easy to see what it had.The blonde's blue eyes sparkled a bit. As it shifted from Mitsuba back to the pink slip.

Kou started to quietly read it out loud. Mitsuba squirmed a bit. Hearing what he wrote was really cheesy. But as Kou read the pink slip, he didn't seem to get disgusted.

His green seemed to shine more? Or was it Mitsuba's imagination?

This is hard for me to admit. You know those feelings when there are butterflies in your stomach? That feeling that you will be happy forever and live with no consequences? Well I do.

I feel it every time I'm with you.

Yes, this sounds a bit weird coming from me, since I'm usually insulting you. But really, I just can't find the right words every time I'm with you.

So I just continue on what feels better to say. And gladly, you never take any of my insults seriously. Thanks.

Thanks for being my friend.

Thanks for being the one I turn to when I need to cry. The one to pat my back and assure me everything will be fine.

But I need to say one more thing.

This letter isn't meant to make you feel weird, but I understand if you do.

But I could't keep this as a secret any longer.

We can still be friends. And pretend nothing has happened. But please. Don't ignore the fact that I like you this way if you do.

Kou sighed out quietly. Mitsuba bit his lip nervously. There. He read it. Now what will happen next? Kou looked up at mitsuba for a second and smiled softly. The smile melted into a grin.

Kou grinned even wider. He then did something not even Mitsuba expected at that moment. He pulled him into a tight hug.

"I like you too." Kou said quietly. Clutching Mitsuba in the hug softly. Mitsuba felt as if time stopped. Is this a prank? Where are the T.V show hosts? No. This was happening all right.

Mitsuba stopped struggling and melted into the hug. A strong surge of relief went through him. All those insecure thoughts seemed to melt away. He felt happy.

"So... What now?" Mitsuba asked softly. Looking into Kou's eyes unsure. In most romantic movies it would end with a kiss, but a hug was enough to satisfy Mitsuba.

"Uh... I'm not sure... I guess start dating?" Kou said with a huge question trailing out. Mitsuba wasn't sure either. But whatever. This turned out better than he expected in the first place.

"Sure. You idiot." smirked Mitsuba. Kou chuckled and nudged Mitsuba as Mitsuba shoved him away. Both laughing softly.

If anything, this went well. And Mitsuba was happy.