Commaful
The Horrible Life of a superhero part 5 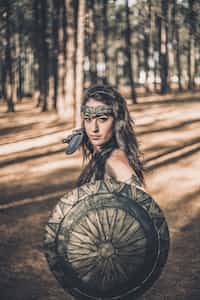 sinkingfox Community member
Autoplay OFF   •   6 months ago
Transcript Use Images
Hey! it's been a while! I'm sorry, I had a crazy ton of work to do-but you probably don't want to know that, so on with it!
It is decided. The world's worst enemy, is not The Shocker. It's not the Muser. It's not even the Ghost. It' karma. Every single damn time.
fiction superherosuper herosuperpowersuper powerhighschoolhigh schoolkarmaisakillermysterytalents

The Horrible Life of a superhero part 5

Hey! it's been a while! I'm sorry, I had a crazy ton of work to do-but you probably don't want to know that, so on with it!

It is decided. The world's worst enemy, is not The Shocker. It's not the Muser. It's not even the Ghost. It' karma. Every single damn time.

It's karma that struck right now, that made me bump into that boy who I told not to bump into me. That I hovered into the air, for gods sake.

He glares at me, and his frown deepens even more when he realizes it's me. His eyes radiate hate. This kid intensely detests me, which is...strange.

"Why don't you practice what you preach?" He spits, and stalks off, through a wall. Phaser.

"Well..." And I explain him being rude and me holding him up in the air, and then the duel. Which she thought was hilarious. I did not.

"Yeah, but you using telekinesis because he bumped into you..." She trailed off into laughter

"Yeah-yeah, I was having a bad day, okay" I said in indignation

"But dang, he made you pass out? He's the new kid, right? Maybe you'll have some competition for top spots."

I didn't think of that.

"I hope not. But I don't think so. He doesn't really seem like to follow rules. When Mr. Trent came along, he just left"

"And he's a phaser?" She asked

"He's a new kid, he's a phaser, doesn't like authority, good with weapons" She muttered underneath her breath. Then she turned to me, and demanded, "What did Mr. Trent say his last name was?"

I was perplexed, but answered none the less, "Asesino...?

And with that Jay dashed off, shoving many people out of her way as she ran. What had gotten into her?

"Jay! Hey, stop!" I yelled after her, sprinting after her.

Everyone watched us pointing and whispering. My face burned. I hadn't been a part of gossip for a very long time.

They parted for her after a while of her dashing through the halls. They looked at her as though she were the alpha...which after Physics, she may well be. We used to have the Five.

Three boys, two girls, all Apprentices at the top of the year. Three of them two-powers, and all of them won all of their duels. They never lost, unless they ere facing each other.

I remember my own experiences. But they left, last year, of to states of war and crime. now, there must be a new alpha. Usually it takes a month for the power balance to settle.

But now, it seems, that everyone knows who is boss.

My suspicions are confirmed when several of the oldest students send Jay nasty looks. They must have wanted to be Alpha, since this year was their final chance.

I can't help bt feel a small twinge of pity, but then remember myself and what I'm doing.

I almost lose sight of Jay, as she speeds around several corners, but eventually, I catch up to her, at the library.

"What are we doing here?" I ask her, looking around. I haven't been here in a while. I only read required reading, and the fantasy novels Jay suggests.

"Where is it, where is it? I know it's here somewhere..." She muttered to herself.

"Where's what?" I asked, bewildered

"You know, the thing where she puts-oh, there it is!" Jay jogged over to the recently returned books cart. You know, the ones with the books librarian hasn't put away et.

"Okay, but why would you-"I started

"Found it!" She cried, and pulled a large book of the cart. Then, she fiddled with her watch, grabbed my hand, and teleported us up to our dorm.

"We could have just-" I started, but was yet again interrupted by a loud ssshhhhh.

I sat, stewing in silence until she motioned for me to come over. She ran her finger over a page of her book, which I could now see was titled Villainous Groups and How They Started.

"As they have a thirst for blood, these monsters will frequently hunt out large gatherings of Talents and, one at a time, k-" I read aloud.

She smacked me and pointed to the other page.

"Assassins, and Their Ways" I read the heading

"Assassins are regular talents, taken from birth and trained to kill. They are given ten years of specialist training, and then are sent out into the world at a young age.

Most of them are killed by their second or third target, but the ones that succeed are highly regarded, and go on to create great fear in the mortal and talents community.

Another way an assassin is chosen is when they are born into a cult.

These assassins are usually deadlier, faster, and stronger, for their training is, to the cult, of utmost importance, for they must prepare their heir.

Preferred talents for assassins include super strength and speed, phasing, mind reading and mind control, teleporting, any weapon based talents, and emotional manipulating and reading."

Jay looked at me, and quite simply said, "Well, there you have it. This boy was an assassin"

Me, I was shocked into silence. When i did manage to find my voice, the first that I said was "That's impossible!"

"No, it's not. Think about it. He's a new student. In our level, that's practically unheard of. Second, he can phase. That's a key power for an assassin, you read it yourself.

Also, his ability with the dagger, the preferred weapon of an assassin, as you have described. And if that isn't enough for you, then look at his last name!"

Dazed, I muttered, "What about his last name?"

She looked at me, amused, and said, "I'm willing to bet my pinky finger that's not his real last name.

Someone was having a laugh when they registered him, though, because Asaseno means assassin in Spanish."

She paused, and look at me dramatically.

"If I am to believe you, and only if-how are we supposed to confirm this?" I asked

"Why, ask him our self of course"

I know, it's short, but the next chapter will be juicier and longer, so don't worry.

That one should be out sooner, but the minimum is next Wednesday, which, as you may have noticed, is the scheduled update time