Commaful
The Horrible Life of a Superhero edited chapter 2 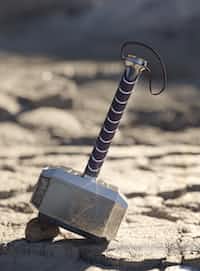 sinkingfox Community member
Autoplay OFF   •   7 months ago
Transcript Use Images
Jay has always been my best friend. Ever since she arrived when she was 9. It's been 6 years. I've been here for nine years exactly. Most carriers are. Jayessa arrived surprisingly early for an infected. There were rumours around her, rumours about explosions and death, and amazing A+ power.
fiction super herosuperheropowersfeelingsannoyanceshighschoolhigh school

The Horrible Life of a Superhero edited chapter 2

Jay has always been my best friend. Ever since she arrived when she was 9. It's been 6 years. I've been here for nine years exactly. Most carriers are.

Jayessa arrived surprisingly early for an infected. There were rumours around her, rumours about explosions and death, and amazing A+ power.

Administration and Jayessa's talents put stop to those rumours pretty quickly. But now they're circulating around the circle again.

Rumours about her being this ultimate death machine, and she's been hiding her powers. There are also people shipping her with Maven, which I really hope isn't true.

She literally insulted him, during...yeah. Anyway, that can't possibly be true.

I went to visit her, as soon as I find out where she was. She's still knocked out cold. She looked...peaceful. Not like that raging monster at Physics. Not like she wanted to kill us all.

But I know that wasn't her. Because, if you looked closely, you could see frown lines on her face. Whenever she said something horrible, her face would split into a mask of disgust.

And when she sunk back down to the ground, before she was going to kill us all, that was her. That was Jay in control. The jya I know.

Now, the question remains to be answered: What will happen when Jay wakes up?

I've seen people come into the school, very important people. In fact, the vice principal of the Administration came in.

And that's a lot of people, and a lot of work. So if he was coming to see Jay, then something bad was going on. And I needed to rescue my friend, as quick as I could.

Because the last time the vice principal came?

Matthew Bombradas went into the Science and Medicine wing. No one saw him ever again. A week before, Matthew had been glitching. That's what his friends called it.

Basically, he lost control of his teleportation power. He bounced around the campus. Everyone thought it was kind of funny. Until he disappeared.

Now, all the older kids are scared of the Vice Principal. None of the younger kids are, because no one talks about Matthew. It's an unspoken rule.

Someone pushes past me, shoving my shoulder int a wall.

He doesn't even look back. I resist the urge to mentally shove him into a wall, and continue walking, but I can't focus. I hate people who do petty stuff.

I fake a smile and count to ten. Then I walk to class. We've been ordered to continue to go to class, as if nothing were wrong.

It's very rare that a talent occurs twice in a year, so they have classes with students from every three years grouped together, so as to not waste the mentor's time.

Although, the mentors usually hate everyone, and think we're wasting their time anyhow.

"Today, you will be lifting the objects to which I have assigned you" old Mrs. Kalie says

Basically, we use our minds to life objects that get heavier everyday, which is not teaching. I know for a fact that the object are picked from a category at random.

The categories are light, average and heavy. I've been in the heavy category for three years now, and the objects are basically the same.

A boulder, the world's biggest marble, a truck, and once even a tree. It was dead, of course.

Today, I have another car. I push my hand out, imagining a hand lifting the car. The car rose, I jerked my head, and threw it to the side. I looked at Mrs. Kalie. She looks bored, like always.

Not minding the fact that the feat I just did takes a considerable amount of talent. And energy. I feel quite tired now, which is weird. Usually, I can do that without breaking that much sweat.

What is wrong with me?

Nothing, I decide. I just took a break over the Summer, it makes sense that I should be a little bit off form.

So I levitate myself into the air and meditate. Yes, I do meditation, and yoga. Most students do.

If not, then the school would explode/disappear, have poisonous gas inside, become alive, etc, etc, etc. Jay doesn't .

She thinks it's a waste of time, and "I couldn't destroy the school, anyway". Maybe I could recommend it to her now, since she just proved she definitely could.

doubt she would like that, though. I drift off into my thoughts for the rest of the 'lesson'.

As soon as the bell rings, I am out of there, running through the halls for two reasons. One, to get to Jay, and two, to avoid the afternoon rush.

The second of which fails. People with superspeed zip through the hallways, knocking me down. And then the stampede of feet and fire and ice and water and wind and poison and everything else.

I levitate into the air, but bad luck, today has horrific air traffic.

With everybody with wings, who can fly, who can levitate, who can control the wind, who can reverse gravity to those who walk on walls, tons of people are using their powers to get to class.

The teachers don't care. I suspect they have their own passageways, because it's rare to see them in the hallways.

Since the hallways and the ceilings are blocked it takes me about twenty minutes just to get to the science wing.

And then it takes me about half an hour of wandering deserted halls to find Jay... and then I'm told that I'm not allowed in! Not allowed in! What?

."Sorry miss, but the vice principal said no." Someone in a labcoat told me.

So, he was here for Jay!

I pondered over what to do.

I could, of course, force myself by him, since I was prepared to get he had no superpowers, but an alarm would probably sound, and I would get in trouble-maybe even expelled.

and then boom, there goes my future.

I could use my family's influential power, but he probably wouldn't be impressed, and I didn't want to do that, anyways.

"Tara Dayanae! What are you doing here?" Came a British accent.

I swiveled around, straight into the Vice-principal's face. Panic shot through me.

"I should hope so. Coincidentally, your friend will be waking up soon, and returning to the dorm. I want you to stop all these silly rumours.

She will be taking extra lessons, so don't expect her to return to class."

"You said you were leaving, Miss Dayanae?

I'm ashamed to admit it, but I was completely cowed by his calm but authoritative demeanour.

And now I had to stop the rumours! Even if I did, everyone would think I was this boring girl with no creative theory at all!

I just felt...useless. What could i do to help Jay? Well, at least I knew that she wasn't going to be killed. But I felt like there was something more-more that I didn't understand.

I wandered dazedly through the halls, making my way slowly back to our room. I got bumped into plenty of times, but someone shoved into me hard enough to knock me over.

It was the same guy from before. He ignored me and kept on walking. I thrust out my ahdn, and leapt to my feet, frustrated anger coursing through me.

I couldn't do anything bout Jay, but this guy was just begging to be an object of my rage.

He was yanked into the air. He began struggling, but quickly realized it was no good. He glared at me, with a surprising amount of hatred in his eyes.

"Let me go!" He screamed

"Maybe you should have thought of this before being rude to people at, oh yeah, super hero school! People with powers, who could kill you if you annoy them!"

Laughter echoed around the hallway. Everyone passing by stopped to watch the show.

"This is what happens when you're rude to people."

If you've read my posts from before, you'll recognize Jay and Tara, but not the next guy!