Commaful
The Horrible Life of a Superhero Chapter 10 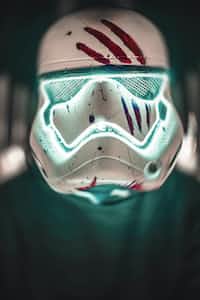 sinkingfox Community member
Autoplay OFF   •   4 months ago
Transcript Use Images
Maven came to my room two days later with all the information he could find on Jackson. Apparently, the oath that I swore that could kill me-and only me, by the way-had terrified him into believing that Jackson was a supervillain and probably Annabelle's killer.
fiction fantasysuper naturalsupernaturalsuper herosuperherohighschoolhigh schoolmysteryangstcomedy

The Horrible Life of a Superhero Chapter 10

Maven came to my room two days later with all the information he could find on Jackson.

Apparently, the oath that I swore, the one that could kill me-and only me, by the way-and terrified him into believing that Jackson was a supervillain and probably Annabelle's killer.

He might even be right, though. The administration had launched a secret investigation-something I picked up from living in their hallowed halls-but they hadn't found anything.

Personally, I would point them in the direction of the guy who stole from them, then disappeared and didn't attend any classes. But you know, just my personal opinion.

Maven dumped the contents of several boxes' worth of information on my bed, as I whistled through my teeth.

"Academy's got a lot of dirt on this guy, huh?" I muttered, rifling through the explosion of papers.

"Well. No. Not exactly..." Maven murmured, his cheeks flushing slightly.

"What do you mean?" I asked, dragging my attention away from the pile.

Maven's fingers twitched nervously as he explained, "They're my files that I dug up on him"

I stared at him. "What?" I asked, incredulously.

"He was new! What was I do supposed to do, not dig up files on him?"

"Yes," I glanced at him, dubiously," Yes, you were supposed to behave like a normal person!"

He winced at that, and I felt a pang of triumph that I immediately quashed. I needed his help, I couldn't be making fun of him for my pleasure.

"Is it not helpful?"" He demanded. "Because I can take it all back"

I shook my finger at him, the one with a thin black band around it. "Don't you dare," I hissed

He glared at me, but took a step back. Then something occurred to me. "Do you have files on all the students in the year?"

"That wasn't a question you should be replying to with a question."

"Fine, okay, yes. I did. All thirty. Happy?" He challenged

"No! No, I am not happy! You've been stalking everyone in the year?"

"I have not stalked them! I just...my grandmother said- well-I had to!"

Maven flushed, the features so often twisted into a sneer mimicking something like embarrassment.

I would have thought it impossible, but he had displayed wide variety of emotions in the past few days. Fear. Embarrassment.

Even something like trust, if that's what you called the black band on my finger.

"Never mind. Doesn't matter. You have the information, let's move on."

I stared at him, feeling slightly sorry-clearly there were some family issues here-but not wanting to let it go. Had he stalked me?

"Please?" He asked, quite pathetically.

I quashed a small spark of joy. My, how the great had fallen.

"Fine. But you're showing me my 'file'," I made air quotations. Surely it could not have been that impressive. I was right.

"No!" Maven shrieked, his voice resembling a banshee.

"Ummmm, why not?" I asked, my eyes narrowing.

"I...don't have one for you" He muttered

"What? Really? Why?" I demanded

Fury exploded in my veins, washing through me like a wave of wrath "Excuse me? You didn't think I was a threat? Oh, I'll show you a threat"

I launched myself up from the bed, my fists clenched. Pressure started to rumble in my stomach, but was harmlessly released as soon as it came.

Sparks flicked at my fingers, but no real fire came. I shook my fist at him, willing for more. Nothing came.

Even so, he stumbled and fell of from his place on my bed, tripping over himself in his earnest to get away. Vicious pleasure flooded through me.

He turned and ran, the door slamming shut on his heels. Tears started streaming down my face, tears that I had held back for so long.

I didn't know why they were coming, but they were, and my head hurt, and Maven had ran away, but screw him anyway.

The pressure came back, building up into mountains of dangerous power, and this time I didn't stop it. Who cared, really, if others got hurt.

It was their problem, not mine, like all of my problems had been to them.

My breath came in shuddered gasps, my chest tightening at each one. My fists balled up, itching for a fight, for something other than this horrible, unreasonable sadness. Loneliness.

The power flooded out of me, dark plumes of shadows drifting to the floor. It kept on going, pouring out onto nowhere. It had nowhere to go, I realized. I smiled, bitterly. As did I.

The darkness grew, encasing me. I smirked, because what else could I do, really? My life was in shambles, and there was no way out. I couldn't think, couldn't feel without causing a catastrophe.

Only they didn't know, couldn't ever understand that I had leashed my feelings to protect them. And I hated them for it, with everything I had.

Hated them for hating me, now and all of those years before, despising me without even knowing me. Judging for abilities I couldn't control. I just wanted a way out.

I was taken by the shadows, whisking me away. I didn't protest. I probably couldn't have even if I wanted to. But I was nothing, a husk of the already empty person I used to be.

And then I was everything, all I've ever wanted to be, all I could be and everything in between. The magic swept me into a void, gloom in all directions. There was nothing, but I was everything.

I waved my hand across a horizon of murkiness, and bright swathes of colours appeared in front of me, directed by me, myself and I.

I laughed then, and it echoed back to me, the only noise in a space devoid of sound. It was something of joy, and I found myself savoring my own laugh.

A grin found its way to my lips, fierce and bright and real.

I motioned in front of me, loosely picturing a personal fantasy, not really believing, not yet.

But I knew it, I knew it was true, when sand burst from nothing, stretching itself under my feet and beyond, as far as the eye could see.

The ground rumbled and I could feel the swell of the sand as a volcano, life size and complete, erupted out of the terrain, a hundred meters away.

Slowly, everything came to life exactly how I pictured. The darkness retreated, to be replaced by a pink and orange sunset, gently dotted with purple clouds.

The familiar lapping of water filled my ears, and I swiveled, to be met with a limitless ocean, dark in the setting of the sun.

I dipped a toe in it, and warm water met my foot, along with a rush of pleasure. Palm trees popped into being, bringing with them a hammock, swaying slightly in the balmy mid-summer breeze.

A long hiking trail stretched its way up the volcano, which make a deep rumble, then went quiet. My academy uniform disappeared, to be replaced by short shorts and a snug crop top.

Clothes I had seen on the highstreets -academy owned, of course-but had felt too self conscious to wear. My feet were nestled in pink flip-flops, and were sinking slowly into the beach.

The soothing feeling of sand flowing over my toes was the confirmation. It was real, the paradise I had wished for was here.

I laughed again, marveling at the elation in my voice. I settled myself into a deck chair, wishing I had something to read. Instantly, a book appeared in my palm. I gaped in shock.

Like any true bookworm, I had been waiting for months on end for the next release of my favorite series. And here it was, the gold and blue cover worn, exactly the way I liked my books.

I flipped through a few pages, and it was true to the author's wit, true to the cliffhanger. I clutched it to my chest, as a lamp manifested on the side table.

I started to read, my breath bated from the very first word.

Some fifty pages in, I started to feel myself getting thirsty. I cocked my head, wishing for an exotic mocktail. Nothing appeared. I scowled, but returned to my book.

An hour later, I was starting to get hungry as well. The heroines exploits were all very well and good, but would be much more enjoyable on a full stomach.

I wanted a plateful of ribs, drenched in BBQ sauce. Again, nothing. I gritted my teeth. I flicked my hand, and the sand rose up to greet it, exactly as I had wanted them to.

But my stomach growled once more, and I was starting to wish I wasn't here.

And just like that, I wasn't. Shadows enveloped me. I emerged into my room, in the exact spot that I had disappeared from.

Only, the clock above my bed showed I had been gone for two hours and a half. And the alarms, the school alarms were blaring.

I started to go for the door, to get an explanation from someone, somehow, but it was broken down before I could get there.

A parade of people in military get-up crashed into my room, elements swirling around the hands if some, others in a spell casting stance.

Before I could utter anything, such as, who are you, and what are you doing, and get out right now, someone sent a wave of nausea towards me.

I knew it was magically induced, as I was vaguely aware of the floor rapidly approaching.

That was my last thought before I disappeared under a wave of sickness and pain.