Commaful
The Horrible Life of a Superhero Chapter 1 part 2 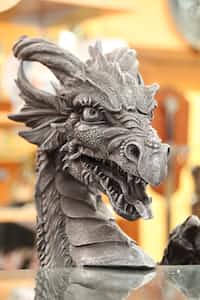 sinkingfox Community member
Autoplay OFF   •   a month ago
Transcript Use Images
I'll list everyone for you, so you know them. Top of the class was Maven. A legacy, two talent hyrdokinetic and he can create a shield of kinetic energy.
fiction fantasysuperheriessupervillianshighschoolhigh schoolslight romancesuperpowerssuper powersmysteryfunny

The Horrible Life of a Superhero Chapter 1 part 2

I'll list everyone for you, so you know them.

Top of the class was Maven. A legacy, two talent hyrdokinetic and he can create a shield of kinetic energy.

He's an all around jerk, a little piece of crap when it came to anyone beneath him, which he thought was everyone. Right on his heels was Tara, with one talent, telekinesis.

She's also a legacy, and my best friend. Third is Luke, an infected one talent, who could duplicate himself. He's pretty cool, at least, he's not mean.

And for this place, that means he's awesome. Fourth was Jayda, whose name was somewhat like mine, only cooler. She has one talent, which is her voice, which can induce sleep.

Pretty cool, if you ask me, and highly effective for fighting crime. Fifth was Karmen, an infected physicalist, which menat taht anything physical, she was ten times better at.

Jumping, running, fighting. She was great at it. She was nice, and pretty too, which was infuriating, since she was better at me at the physical stuff I train two hours a day at.

Sixth was Princeton. He was a legacy, with one talent, to erase someone memories.

I found that pretty creepy, but he was kind of indifferent to everyone at the academy, not interested at most people's mad dash for power. I didn't like him, but I didn't not like him, either.

Seventh was his best friend, Harry. He was an infected, and could become translucent. He, like Princeton, was above everyone else petty squabbles.

I had no sentiments toward him, so I can't really describe him. Eighth was Penelope. She wasn't great. She was a legacy, so she tended to be slightly snobby.

She was quite petty and spiteful, as well. She could take on another mannerisms. You wouldn't think was that was very helpful, but it was. However, she wasn't very good at it, so she was eighth.

Ninth was yours truly. I'm an infected two talent, and kind of looked down upon by the more powerful people at this school. Tenth is Kyle. He tries, but he just...fails. All the time.

I'd feel bad for him, but he's a a bit of a jerkwad. He's a legacy as well, but not from a very well known or powerful one. he only gets treated a tiny bit better than us infected.

Eleventh is Kaleigh. She's actually not so bad, and pretty powerful-she's an illusionist-but she's quite timid and a bookworm. I sympathize.

However, the little assclown in twelth takes advantage of her. The assclown happens to be Miranda Perkins, who transferred here two years ago.

If this was a high school movie, she'd be queen of the school; she's snobby, obsessed with her looks and has the personality of a whiteboard.

However, this is real life, and everyone just tolerates her. She's obsessed with being popular, though. She's really beautiful too.

She has a waterfall of shiny auburn hair, big, beautiful green eyes, high cheekbones, and her skin is always clear. She hates me with a burning, fiery passion, for some reason.

I don't believe I've ever done anything to her, but I guess some people are just like that. She can induce false symptoms of illness at will, but she's horrible at it, since she's a transfer.

Whooh. I think that's everyone.

But as I enter the class, I see that I was wrong. There's another boy, who I've never seen before. We all wear a tight black bodysuit, but he makes his seem menacing.

The first thing I notice about him is the way he stands. His posture is perfectly straight, his feet lightly touching on the floor even as he walks into the room and scowls at everyone.

His hair is black and messy, and his eyes are a deep brown, like dark chocolate. His mouth is pursed and his frown is deep. He has high cheekbones, and his skin is milky white, almost porcelain.

My bet was on Euro Asian descent.

He glares at everyone and stands in a corner, on his own. Interesting. And for me, here, interesting, is something of a challenge.

"Maven Devachi?", Mr. Trent calls. He's an old bat, absolutely devoted to legacies and snubs those who are not.

His mother was an infected, which makes him a legacy, but his talent is to draw the attention of those around him with a snap of his fingers. Good for teaching, but not much else.

Maven steps into the middle of the room. Physics is all about putting on a show for Mr. Trent, so he can gorge if you've made any improvement. Or if you've worsened.

So you can see why I'm screwed.

Even though I hate Maven, I cannot deny that he puts on a magnificent show. With his forcefield power, he makes his water dolphins glow as they glide around the room.

"Excellent, Maven! You've certainly improved!" Mr. Trent says, giving him a glowing smile. He gives it to Maven a lot, but it's never been directed at me.

"Tara Vulputate?" He calls. And it goes on, and on.

The level of performance goes down as he goes further down the rankings, but most people manage to get him to say they improved, with the exception of Penelope, the girl before me.

She stays the same.

"Jayessa Damnatus?" He calls. My teeth grinded. I hate my full name. But irritation quickly flips to fear as I step into the middle of the room.

I've never been good at public displays of power, but I'm certain that I will be the only one with no improvement.

But then something fuzzes into my mind, and my head whips toward Mr. Trent. All my attention is on him.

It takes a few seconds for the sensation to pass, and when it does, he demands, "Where's Jackson?"

It takes my a while to figure out that he means the new kid. My eyes flicker to where he was, but surprise, surprise, he isn't there anymore.

I don't know how he did it, but Mr. Trent says, "Class dismissed. Go look for him"

My stomach flies back up to it's rightful place. He saved me from eternal embarrassment.

"Miss Damnatus and everyone beneath her will present tomorrow." Mr. Trent says. Notice how he just casually says, 'beneath her'. Something in my stomach roils and burns.

I don't like that, but the thought of being above Miranda makes me slightly happier.

I walk out of the classroom, finding Tara for an early lunch. At least we'll have good food today.