Commaful
Burn It All Down part 3 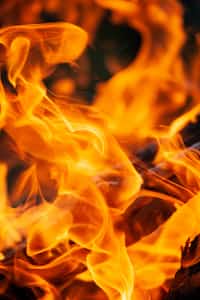 sinkingfox Community member
Autoplay OFF   •   10 months ago
Transcript Use Images
Part 3 of Burn It All Down. Natasha crept into the ice castle, which would turn out to be her death penalty...
fiction firefantasyicedeath

Burn It All Down part 3

Natasha cautiously entered the ice castle, shivering at the cold. She thought about summoning a few sparks to keep her warm, but it didn't seem worth the risk.

She crept through the many hallways, undetected.

Or, at least, she was undetected until she run into a guard. Headfirst, into his stomach. He was knocked to the ground along with her. However, it didn't take long for him to recover from shock and start yelling.

Natasha panicked. She didn't know what to do.

Her fire decided it for her.

Flames made a circle around her, and she melted the castle from the heat. An icicle plummeted down from the ceiling, loosened by the flame.

Natasha ducked. Her fire couldn't save her now. She was going to die.