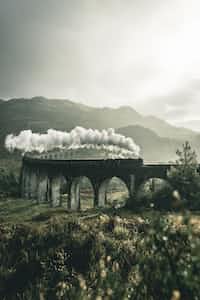 silver_rose HEHEH oh didn't see you there! I was uh
Autoplay OFF   •   8 months ago
Transcript Use Images
Part 1.....
harrypotteradventure

There were no better familys then the Potters and the Weasley-Grangers. James was teasing Albus again and Lily was holding her mother's hand.

"I'm going to Hogwarts!" she cried, "I'm finally going! I've been waiting ever since James went!" "You get used to it. There's a buttload of homework. I'm glad that the new potions master is way better then Snape." James told Lily.

"Now, James. Just because Severus Snape wasn't the kindest teacher, doesn't mean that he wasn't good at potions." Harry said to his son.

"Mum, when am I getting my wand?" Lily asked, jumping with excitement. "Last."

Rose Weasley-Granger was also going to Hogwarts. Both families were in Diagon Alley, shopping for school supplies.

"Dad?" Albus asked. "Yes, son?" "What if I don't get into Gryffindor? Then I won't be with my family. I won't be with Lily. She's my sister. I doubt that James will help her." muttered Albus. "Son, which house do you want to get into?" asked Harry. "Gryffindor." Albus said firmly.

"Then that's all you need to think when you put on the Sorting Hat." and with that, Harry, Ginny, Ron, Hermione, Rose, Hugo, James, Lily and Albus continued to walk through Diagon Alley.

All of a sudden, the ground begain to shake. "Uh, Mum? Dad? Is it just me or is the ground shaking?" asked Hugo, who was one year younger then Rose.

"Guys, this isn't safe! We need to leave!" yelled Ginny. They all charged for the exit when Deatheaters came. "Grindlewald has returned and joined the you-know-who......" The deatheaters were about 20 feet away from the Potters (The Weasley-Grangers already apperated.) and charged at them.

Harry and Ginny grabbed their children and were about to disapperate when Albus saw Rose. She was walking out of Florish and Blotts when a deatheater grabbed her. "Roooooossssse!" Albus cried and they were gone.

Everyone was at the Burrow. "Is everyone okay?!" called Mrs. Weasley. "Yes, Mum. We're all here." Ron said, hugging his mother.

"Not everyone." someone said quietly. Albus was hidden behind his parents. "What do you mean, Albus?" asked Hermione.

"What I mean is, no of you noticed!" said Albus, his voice was getting louder. "None of you care!" Everyone was confused.

"Rose!" shrieked Hermione. "Thank you!" Albus said, throwing his hands in the air. "She must've went into a shop! I'm going back-I need to get her!"

"It's no use. She's gone." Albus said, quietly again. "I didn't see the Deatheaters shooting spells." Ginny said. Everyone was sad. Hermione had tears in her eye and Ron was hugging Hugo. "Oh. No. Not like that. I meant that the Deatheaters took her. I'm sure it's bait for Harry." Albus said.

"Like when He-who-must-not-be-named used me to get to Harry." Ginny said, sittign down on the couch. Harry sat next to her. "But how could be such careless parents!? Well, how could YOU be so iresponsible?!" Hermione said loudly, looking at Ron. "I took Hugo and told you to take Rose!"

Ron was mad. He stormed out of the Burrow. Mrs. Weasley ran after him. "Ronald!!" she yelled. "Mum?" asked Hugo. "Yes, sweety?" Hermione huffed. "Is Rose going to be okay?" "Of course. We just need some people to help us get her back"