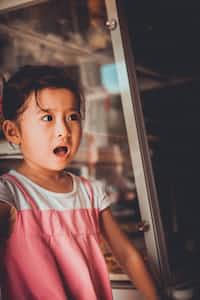 silver_rose So, you like to read bios.........
Autoplay OFF   •   4 months ago
Transcript Use Images
The very first episode of Chip Battles brought to you by @silver_rose! Comment if you liked it and want more! Every Tuesday
funny chipsbbq chipspotato chips#elleseng@writernotfound@notanauthor funniest #elleseng stories

'Sup? NIce to be on this Foody-thingy

Announcer: It's Chip Battles!! You may be tasty, but let's see if you can compare to:

It's me! Potato Chips! I'm crisp and delious! It's a pleasure to be here!

Tough act? Puh-lease! I'm going win this thing and if I'm going down (which isn't likely) I'm taking Lamo Potato with me!

Announcer: I'm sorry, but save the "Lamo Potato" for you turn in the battle-o

Anoucer: Now we both know that BBQ chips are more then delicous maybe kind-

Anoucer: Now, in the first section:

Announcer: YA!!!! And in the other corner:

Thank you, thank you! Hold the Applause. No, really.

There's no one applauding

Stop interupting! Anyways, I'm just saying that plain is better because too many chips can raise your blood pressure. Did you know that BBQ chips are 230 calories? You wanna that or healthier (not saying it's healthy, just healthier), delicious, good, amazing Potato Chips?

Announcer: Nice, PC(Potato Chip). Just in the future, when you become a contestant on 'Chip Battle' (not saying you're going to be in next season) stop saying bad stuff about the other person and say reason why your chip is better

Announcer: You know, I gotta hand it to you, Chipo. You started off with a rocky start, but finished it off and climbed to the top. I'm proud, Chip.

Announcer: I'll tell you after a quick message from our sponsor: Silver!

Thank you, Announcer. You might think that it was me behind the Announcer microphone, but no! Anyways, I just wanted to ask you to comment if you want more Chip Battles. Also, there are judges for Chip Battles! Well, there will be after you sign up! DM me if you want to be judge. -------->

After all three judges vote, i'll add three pages with each of their responses (if people like Chip Battles) and tell you who wins! Now, let's listen to Announcer (who still needs a real name) as he/she finishes this episode off!

Announcer: Thank you, Silver! So, comment if you liked this battle and want more. Also, DM Silver is you want to be a judge! That's it for this episode of Chip Battles!!!!! Wait! The votes are in! Let's introduce you to the judges!!

@writernotfound!! I love chips and you should too!

Random word/ message: I love chips and you should too!

Let's see who they thought won:

I think that potato chip had a better name and more logical reasons... so potato!

BBQ for sure... sorry other chip

Announcer: And this proved who won:

I'd like to thank all the dips that have been encouraging me on the way. Thanks mom! Thanks dad! Look! There here:

I'm proud of you, Potato

*sniffs* Thanks mom. Or dad. I can never tell you apart.

That's it for Chip Battles! We'll see you next Tuesday! *jeopardy music plays as you exit out of this post*