Commaful
Monsters in the Mist 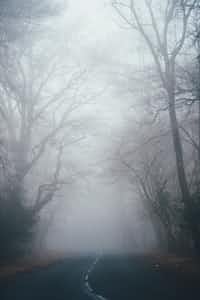 silver_dragon Millions of thoughts and ideas! D/3
Autoplay OFF   •   3 months ago
Transcript Use Images
A warriors faces the real battle after the war, because that's when the monsters come out.
feelings feelingstrapedward/3

Monsters in the Mist

The man was battered and bruised from his battle the day before. It had been brutal. His comrades fell all around him. He barely made it out alive. He was lucky. Very lucky.

The opposition was dangerous, but his comrades still fought for their country, as if they weren't afraid of death. But he very much was. He had a family. A life. A home.

All of that would be taken away. And he couldn't handle the pain his family would feel from his death. He knew he had to return home.

It was only one day these emotions lasted. He was free of his fears the moment he was reunited with his family.

Every now and then he'd go into the woods near his home to remember the ones who he watched fall in battle. He would mourn them and honor them.

One day he went out into the woods. Only they weren't the woods. It was a battlefield. He remembered all too well. Men fell around him. He cried harder than ever. He wanted it to end.

Then he saw the monsters through the tears. Large powerful creatures. They had legs that dug into the Earth, ripping it apart causing the ground to shake.

Their hands weren't hands, but guns firing any and every man in sight.

He felt something penetrate his skin go through his heart and pass through his back. He collapsed. His whole body trembled.

The mist departed and the man was able to see more clearly. The woods seemed to return. The man was still on the ground. He couldn't breathe. He was terrified.

He relaxed, as much as he could. He listened for his heartbeat to go down.

That's when he realized he had no heartbeat. It had stopped. He was dying. The opposition from the war had killed him after the war had ended.

How many other survivors of the war had died afterwards? He collapsed again for the last time. But no longer did he have to trap his emotions in the woods.

And he never had to face the monsters n the mist.