Commaful
"Your all a bunch of hippies and i dont like you." -Izuku 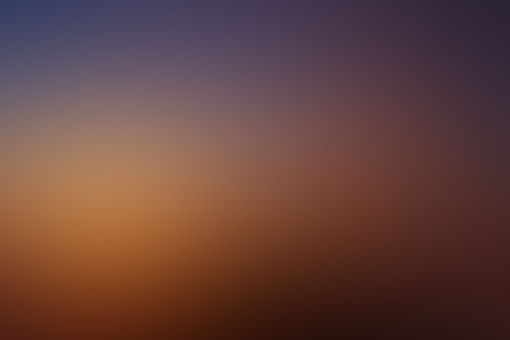 sharkjoong Community member
Autoplay OFF   •   5 months ago
Transcript Use Images
The Izuku you all knew, was a lie. He, is actually not a stuttering nerd. He has peircings, doesnt aspire to be a hero, hates Allmight and is apart of a gang. And 1-A from UA are a bunch of toasted roaches, that are as useful as flies. Pests, that just get in the way and will soon enough get rid of and eaten by spiders, creatures who are stronger than them.
fanfiction mha#izuku midoryiabadassizukuamericanizuku

"Your all a bunch of hippies and i dont like you." -Izuku

He was tired of his "friends" pretending and lying to his face, smiling and talking nicely and then the second Izukus gone, boom, they all hate him suddenly,

and have so much trash that they feel is

When he greets them in the morning and hangs around them throughout the day, they are so nice. But laugh behind his back as soon as he leaves.

Uraraka and Iida are probably the ones that annoy Izuku the most. "Deku this" "Deku that". He never agreed to them calling him 'Deku'.

So why are they calling him, a nickname that his childhood bully made up? A nickname that means useless. He's not useless. Far from it actually. But those 1-A scum don't know that.

In their eyes, he's the "weak, naive, crybaby, and innocent Deku who wouldn't hurt a fly."

Izuku sighed, thinking about them doesn't help him at all. He misses his real friends. The amazing friends he'd found back in America a few years ago.

There had been 3 of them together, including Izuku himself. But now, it might as well be only Izuku since his other 2 friends are missing.

Those 2, were Izukus only American friends. They were the first ones he'd met. They were twins. A boy and a girl. They had similar quirks and looks but completely different personalities.

The girl's name was Fei and her brother was Rei. Cliche rhyming twin names, now that Izuku thinks about it.

Izuku was 6 when he first met them and 11 when they went missing. Not really missing. Izuku just moved back to Japan and had no way to contact them, since none of them had phones.

Izuku hasnt been able to find them at all, not even through his dad. What? Surprised? Yes, he does have a dad. No, his parents aren't divorced.

His dad is a very successful businessman in America, while his mom has a decent enough job in Japan.

Inko wanted to stay in Japan, as it was her birth country while Hisashi couldn't possibly decline a job that pays such good money.

So, they decided: Hisashi takes the job and Inko stays in Japan with Izuku. Izuku and Inko go visit every summer and everyone stays happy!

Izuku was happy, really he was! But his visits were always short, he never managed to make friends in America. Until the year he was 6.

His mom had fallen sick and the doctor recommended for her to go see some doctors in America. Apparently, the doctors there could help Inko more than the ones in Japan.

So she packed up, talked with Izuku and Hisashi, and then moved to America for a few years. Of Course, Izuku went with her. And that's when he finally made friends, during his 5 years in America.

l 2 l Izuku slowly woke up due to a loud annoying ringing. He directed his gaze towards the source of loudness and the alarm clock, a pure black beam streaked from his eye and exploded the alarm clock. He fell back unto his bed and stared at the plain white ceiling. ‘Im staying here. Ill skip classes today. Im tired of their hero bullshit.’ he decided. Turning around, he shoved his face into his cool, black pillow, pulled his blanket over his head and right as he began to doze off, there was a loud knocking on his door, as well as Urarakas annoying high pitched voice. “Deku! Are you ready? Me and Iida decided to walk to class with you today!” Izuku groaned into his pillow as Iida loudly corrected Uraraka about, “It is supposed to be ‘Iida and Me’”. Izuku imagined Iida doing the robotic movements with his hands and promptly smashed his head into the wall next to his bed. Obviously, the smash was very loud. For a moment everything on the other side of the door went silent until Uraraka loudly screamed out in her annoying voice: “Deku? Are you alright? What happened!? Can we come in?” Izuku rolled his eyes at the continuous “deku” but nonetheless replied, “No. You can't come in. Go away.” But, ofcourse, the hippie completely ignores him and tries to rush right into the door only to go up against a locked door. Yes, Izuku the great, finally remembered to lock his damn door. Iida immediately began lecturing, “Deku! It is highly inappropriate to lock your door and not let anybody in! For all we know, you could be doing something extremely illegal or be hiding something!” Izuku's face hardened. If Uraraka had seen him at that moment, she probably would’ve fainted. The look on his face, plus his pale complexion and the blood dripping off his head loocked threating, as if he would murder anyone, if they as much as breathed in the same room as him. ‘Of course they'd assume that I'D be the one to do something illegal and try to cover it up.’ He bitterly remembered when a few weeks ago, he had accidently walked in on all of his classmates, except for Kaminari talking shit about him. He specifically remembers the frazes, “He’s so annoying. Such a crybaby and so clingy too. He’s probably using most of us for something anyway.” “He can't be using us! He’s too much of a dense idiot! I can't imagine him becoming a hero! He’s probably never even stepped on an ant before!” “He’s always bothering us, we don't even want to be his friends. He’s always mumbling or writing something down but never shares what it is! He doesn't even tell us about his own family!” “Honestly, the only reason I'm still hanging around him is because he helps me get good grades. He could also be rich and hiding it, for all we know. I'll just keep using him and toss him away if ill need it later.” To say Izuku was mad upon overhearing that, is an understatement. He was absolutely livid. With the smoke and all. By the time he’d managed to control his anger, he’d already blown up the wall his hand was resting on by accident. He had quickly hidden himself, and wasn't there by the time his “friends” came to check but that doesnt matter. What matters, was what they had said. ‘Clingy? Mumbling? Fine I won't do that anymore. It was only a facade to deceive you roaches anyway.’ Since then, he’d acted more quiet. Rarely talking, never asking them anything. But even then they continued to shit behind his back. “Is he ignoring us now? Does he think he's too good for use or something? He's only a ‘deku’ after all, he should stop trying so hard.” Atleast Kaminari stayed. “You guys, that's kinda mean, doncha think? I mean, talking bad about a person, especially one as nice as Midoriya, that's just evil. Heroes wouldn't do that..” Izuku was thankful to Kaminari. He kept acting normal around him, only turning quiet around the others. So now, what possible right do Iida and Uraraka have, to break down his door, yell at him for bleeding and not being ready to leave with them for class, force the school uniform over his sleep shorts and shirt and then drag him to class?