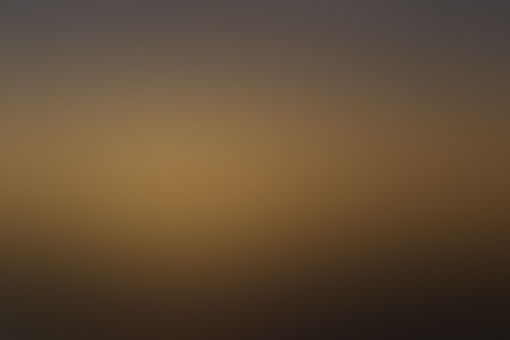 shante1000 A trapped soul looking for an outlet
Autoplay OFF   •   3 months ago
Transcript Use Images
You are never alone. Open communication and just being there in a way someone needs you can save a life.
fanfiction honestyopennesscommunicationdarknessdark nesspainlossturmoilhelplife

"I need help," she sobbed. "I am not the good person you think I am." "Why would you say that? Are you you going to tell me you're a serial killer?" I say, trying to make her smile.

"I am worse than a serial killer." She says dryly. "I really want to get this out but I have never told anyone because I don't know how to. You will never look at me the same. I am a really sick little person." "Larissa, you can tell me anything, I will never look at you differently and I am always here to listen."

She began telling me about her parents' death. How she felt and what she had missed the most. Then she told me about Jules and Madhu. She described Jules as the sweetest, kindest person, I never could have imagined what she was going to tell me next.

She had been having nightmares about her parents when she moved in with Jules and Madhu. Madhu would yell and swear every time she screamed in the middle of the night, but never came to console her. It was always Jules. He would come in with a glass of water and a wet cloth for her head.

He'd sit with her and talk about her nightmare. It was always about the night they had been murdered. She was upstairs in her room. She wasn't supposed to be home that night. It was a Friday and she was meant to be staying over at a friend's house.

Her friend had cancelled at the last minute because of a family emergency and they had to go away for the weekend. Larissa was disappointed. Her dad had had an argument with their gardener that afternoon about tools that were always going missing and told him he would be deducting a portion of his salary this time.

His wife was their domestic worker. She had finished packing Larissa's bags for the weekend and wished Larissa a fun time and left. They believed she would not be there for the weekend.

Larissa had heard their gardener, Simon, come by later to ask her dad to deduct less from his salary because it seemed like too much to be deducted in one go. They got into an argument again and her mom told them both to calm down.

There was a bit of noise and a few things breaking. Larissa at first did not go out, her mother always told her to stay clear when people fought. She heard her mom scream and that's when she went out the room. Her room was on the other end of the hall far from the stairs landing and she could not see anything from there.

She slowly went down the stairs peeping around the corner, when she saw blood on the tiles. She ran toward her parents then. They were both laying on the ground with their throats slit. Larissa became hysterical trying to wake them up. Her mom's hand was also cut across the palm to the fingers.

Larissa was a very mature girl for her age. In control, but she felt numb when they wouldn't wake up or move. She went to the phone to call an ambulance and the police and then uncle Jules. She couldn't really remember much after that.

Her nightmares were always about them laying on the floor in the pool of blood and her mom's hand that was slit across the palm. She didn't know why she always saw that in her nightmare. She knew her mom would've put it up to protect either herself or her dad.

Jules would always reassure her after the nightmare that they were now in a better place and are missed but she is not alone and he and Madhu are there for her always. On that first night it had happened with Jules, she was laying in his lap as he stroked her head. She was heaving with sobs.

He had started tucking her back into bed and bent over to kiss her goodnight. She said that was all that she remembered before the act and then him feeling ashamed after. She didn't know what to do. She had just told him she was okay. The next morning he could barely look at her.

He apologized to her again in the car on the drive to school. He told her if she wanted to talk to someone about it she could because it was a very wrong thing for him to do. He assured her he would never do it again. She felt sore and walked a little different and bled that morning but didn't think it had sunk in as yet.

I was already blood curdling angry at hearing that. She was 11 years old only. Already traumatized from her parents death. He was a sick man that needed help. I told her so. She looked up at me and said perhaps he did but so did she. I told her we would go see someone about it. She told me there was more for her to tell me.

She had said that he was not rough or violent or forceful when he had done it. She was quite a tall girl for her age and he was not much bigger than she was, he was quite a short man. I told her none of that would excuse it and asked if she had forgiven him for doing it.

She then blurted out that she had asked him to do it again. Admittedly, I was shocked. I could not really wrap my head around it all. She explained how she felt in that moment and all the pain of her parents was gone. She was the one who told him it was their secret.

11 years old! I was still angry, he was a predator. An adult that should have stopped it, known it was wrong. A violation. She said she knew that and he did try to stop it many times. Even wanted to take her for therapy and was prepared to go to jail for it. She was the one that didn't want to stop.

It had only stopped when we met each other. Our late nights out and staying over at my place. The other nights in between, she never went home. The night of her suicide attempt, Jules had told her he was having therapy about it and they really had to stop because it messed him up badly. They argued about it and she ran away.

I did not know what to say or to do, other than she should speak to a professional about it too. I was highly against that kind of thing, I felt strongly about it and I did still see her as the victim. Jules as the sick adult, but he was at least getting help for it. She needed to as well.

She felt terrible when I told her that. It was the exact reason she never told anyone about it before. Madhu had suspected something when she was 15 and confronted her and called her a slut and threatened to kick her out the house. Jules convinced Madhu nothing was going on.

He had been trying to put a stop to it all the way, but Larissa never let him. Larissa then told me she was having difficulty forming a connection or a bond with anyone because of it until she met me.

I told her she was worthy of finding love and having it and the important thing is that they had stopped doing it. I didn't judge her but I was not the answer to her problem. What we had just done could also not happen again. She had to speak to a professional about it.

She did not get professional help until she was 24. We still spent a lot of time together before then. We were still naughty every now and then whenever she hit a real low. It was just my way of letting her know she is worthy. I never stopped trying to get her to get help until she did. She started modelling after that. Travelled all over the world.

She wrote love off for many years. I was her crutch for a long time. We never told anyone about our relationship either. We just always went to each other when we needed to speak about important things that bothered us. We could talk about anything to each other. She also became my confidant for a long time.

It was when I got engaged and told her we could no longer go on in that way that she finally went for the professional help. I could no longer be her crutch. We communicated only via email thereafter. Promising to never see each other again. We did though, when I had lows in my life.

We finally stopped all communication when she found her true love 6 years ago and got engaged. She had almost lost him, the night she told him about what she had done. Luckily for her, he was an open-minded and mature man and he accepted her past. I was meant to be her maid of honour but issues in my own life prevented me from doing it.

We haven't communicated in 6 years. I think about her often, especially now with where I'm at in my life. She would be the perfect person to speak to right now. I saw on FB that she is still married. Her profile is private so I cannot see anything else. She has not accepted my friend request as yet and I think it is maybe for the best.

So, don't always assume to know things about people. Even the sweetest, nicest people can have dark secrets, questionable pasts. Pain can cause people to do the strangest things, have crutches that cause you more pain than good.

Honesty, talking, being open-minded and prepared to listen without judgement can really be the difference between life and death. I lost my very best friend to suicide 10 years ago and did not have a clue she was in a dark place. To this day we still do not know why she committed suicide.

Don't ever believe you are alone or there is no way out. There is always someone prepared to listen and will not judge. I am always here to speak to if anyone feels the need.