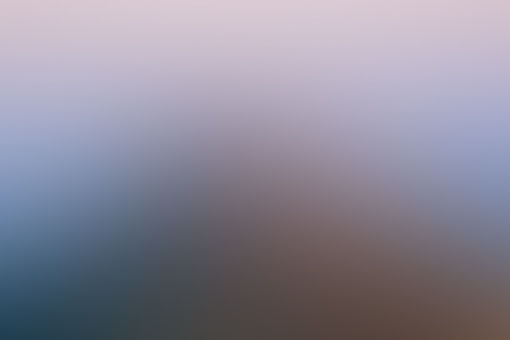 roky Community member
Autoplay OFF   •   4 months ago
Transcript
Chapter 7 Jin didn't know what to do like most of the time. He was now held captive by another monster species.
By roky
fanfiction namjin vampire aunamjoonjinbtsvampire au

Jin didn't know what to do like most of the time. He was now held captive by another monster species.

Werewolves, he's in their din and there's a young human too there that seems to have suffered the worst ehile staying with the werewolves.

Jin was trying to think of a way to escape this but he couldn't. The place was surrounded by guards and God only knows how fast they can run when they turn into wolves.

Jin also saw what happened to Jungkook when he tried to escape and failed, it was nothing good.

"see how obedient little Kooki is, if you be like him we may even have some fun together" said Hoseok brushing his thump agains Jin's bottom lip.

Jin felt sick to the stomach at the idea of this dog smelling creature touching him but he was cleaver enough to say non of it.

"I'll be out for a while and when I come back, we shall have more time together" said Hoseok wincing at Jin.

Once he was out Jin felt much more relieved, he looked at Jungkook who was standing there not exactly doing anything.

" hey, Jungkook right?" said Jin " yes, that's my name" said Jungkook " I heard you were with the vampires before they kidnapped you" said Jungook " yes, it's a long story" said Jin.

" they're not that bad if you keep your mouth shut and do whatever they ask you and sometimes more" said Jungook looking down as he said the last part.

"what do they ask you to do and what do you mean by more?

" asked Jin " I clean and take care of the pubs and sometimes they t-try to t-ouch me in c-certain ways and I have to let them or else I'll get a l-lashing" said Jungkook with a trembling voice.

" how old are you Jungkook?" asked Jin feeling sorroy for the boy has suffered.

"I'm 20, I was kidnapped when I was 15 though, I wws hunting in the woods and they found me, they killed my family and kept me" said Jungkook with tears in his eyes.

"I'm sorry for your loss" said Jin now more sympathetic with the boy " I tried to run away many times but they are way too fast, if they don't see you they smell you, there's no escape,

and if I fail I get severely punished like you saw" said Jungook.

Jin was listening not believing how brave Jungkook is, to live with these beasts for the last five years and try to run away and survive all of that.

" I was given to the vampires as a sacrifice on the blood moon, my name was picked from thousands, so I guess we both are not the best when it comes to luck" said Jin.

" I'll get you some food, you look pale" said Jungkook and went to get Jin something to eat.

Jin was grateful for the kind offer as he could really use something hot right now, he was freezing, the damp din not helping one bit.

After a short time, Jungkook came back with a bowl of soup, Jin took it and started sipping at the hot liquid, it starts warming his insides slowly.

"thank you Jungkook" said Jin giving him the now empty bowl and spoon.

" asked Jungkook "yes, I used to I guess, before the vampires took me I lived with my parents, my mother is sick so I stayed at home to take care of her and my father is a ganitor,

he sweeps snow off the roads now, I really miss them, I hope they're doing well without me, I don't know who would be watching over my mother now that I'm gone " said Jin feeling home sick.

" maybe one day we'll break free from this place and you can go back to them "said Jungkook trying to make Jin feel better.

" yeah, maybe " said Jin thinking that if he managed to run away from the werewolves, the vampires would be still out to get him, he wonders what had he done to earn this.

Hours passed, it was night time now, Jin was feeling sleepy and happy he doesn't have a vampire ready to rape him, but he remembered what the werewolf said, about having some fun.

He shivered at the thought, not wanting anyone to lay a finger on him. Jungkook was sound asleep in a corner on a mattress similar to the one Jin was sitting on.

A growl came from the outside and loud yells, Jungkook stirred awake at the loud noise and went out to see what was happening, but he was shoved to a wall by what seems like a vampire speed.

"a human in a werewolf din, interesting" said the vampire smirking at Jungkook, Jin was just sitting there still not making a sound, not that it'd make a difference if he did.

" asked the vampire, he had blueish grey hair, " y-yes" said Jin " good, Namjoon came for you, he seems to care too much about a human I don't get it when there's so many of you" he said.

Jin stood up and looked outside the door and saw that there was a battle outside between vampires and werewolves.

Jin recognized Namjoon sinking his vangs in the neck of an untransformed werewolf and the other fell to the ground after.

Their eyes met and then in a snap of a finger Namjoon was standing in front of Jin "missed me princess?

" asked Namjoon then he carried Jin and ran away from the forest yelling for the others to follow him.

Jin was wondering what happened to Jungkook. He was left with that vampire, he wished he wasn't dead.

He was being taken back to the vampires palace, what a great day.