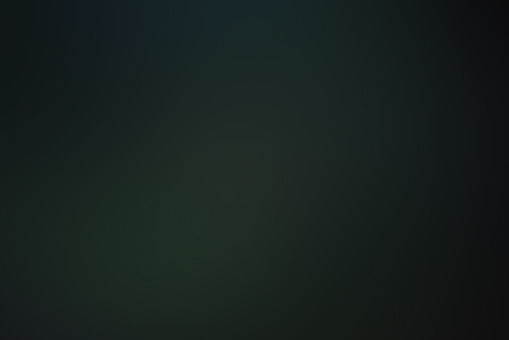 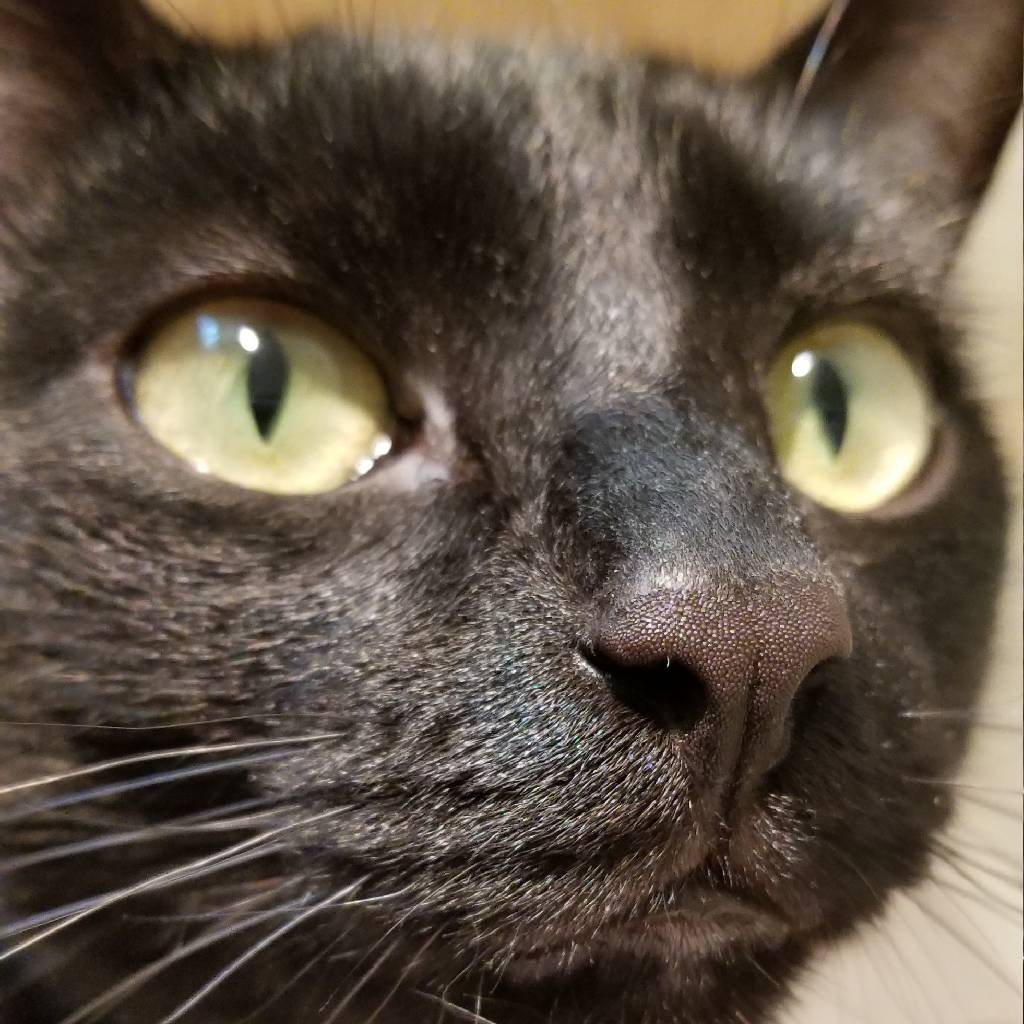 rjim96 Community member
Autoplay OFF   •   10 months ago
Transcript
Kara thought she would have a nice quiet night but it would be shattered when Xavier shows up at the door bloody and unconscious. This is Kara's point of view of the whole ordeal as well as a foreshadowing of the looming drama between Kara and Xavier.
romance comedyromancedrama

Kara was in the room the whole time Xavier was out. He was gone for about 6 hours. And in that time Kara did some of her classwork.

Once she was done with that she got on her phone and started playing her music and singing along. She then got onto Jiffygram and browsed thru photos her friends posted.

She did that for about an hour. Then decided to start reading the book she was assigned in class. It was a philosophy book and such.

She began reading and got lost in the book since she found it very interesting.

But the time Xavier had come walking up to the door she was already more then a quarter of the way thru the 500 page book.

She was laying in bed when she heard a thud against the frame of the door. She got up thinking that Xavier probably forgot his keys or something and was trying to get back in.

She walked over not knowing of the state that he was in. She got to the door opened it up and leaning against the frame was Xavier.

At the time she didn't know it was him and was about to scream but she stopped herself and covered her mouth to keep from waking up the whole floor.

So she walked over to who ever it was and then noticed that it was Xavier. Once she realized who it was she then started scrambling to get her phone.

She dialed for emergency services and called for an ambulance.

The operator answered,"911 what's your emergency?" Kara in a panicked voice, "Yea umm my roommate showed up at the door bloody and looked like her is pretty messed up.

" Operator, "Ok I need to know where you are and and exactly how the paramedics can get to you.

" Kara gave the operator her location and then the operator started asking a few questions and how he was doing so the paramedics at least had some idea of the situation.

So Kara rushed back over to Xavier to describe how he was and as she was rushing over to him she tripped over some of her clothes and hit the floor.

The phone dropped out of her hand and she laid there for a second embarrassed and mumbled, "Motha F...

" she got back back up and picked up her phone, the operator, "Miss are you ok?" Kara tried hiding her embarrassment and said, "Yea I'm perfectly fine.

" She got over to Xavier and started telling the operator how he looked and described all that she saw.

The operator got all that she needed and said, "Ok sweetie the paramedics are almost there.

Do you need me to stay on the line with you?" Kara was very confused and a bit scared and said in a nervous voice,"Yea would you please." Operator, "Ok don't worry he'll be ok.

Usually the blood makes things look a lot worse. So I'm sure he'll be ok just make sure not to move him to much till the paramedics arrive.

" Kara, "Ok is there anything else I should do?" Operator, "Just make sure the hallway is clear and that the paramedics can get throught." Kara, "Ok.

I'm going to hang up now so I can make sure everything is clear." Operator, "Ok buh bye." Kara hung up and went out into the hallway and saw that no one was there.

She then remembered that she forgot to tell them what floor she was on. She was about to starting running down the hallway to the elevator but then realized Xavier would be there by himself.

Just as she got to the bottom floor the ambulance got there. She meet them and took them to elevator and was about to go in with them but it was too full.

So she pressed the button of the floor that she was on and said, "Ok once you get out of the elevator the room is on the right all the way down at the end the door should be open and.

" Before she could finish her sentence the elevator shut. She decided to try and go in the second elevator which was already at the bottom floor.

It opened right up and she got in and hit the button and was on her way to her floor. The elevator opened and she rushed over to room just as the paramedics put Xavier on the gurney.

They checked if he was still breathing and made sure he was responsive. She rushed over to them and asked, "Is he going to be ok?" The name on the medic's tage were Janet and Gary.

Gary, "Yea he just suffered some severe physical damage but we won't really know how bad it is till we get him back to the hospital.

You are welcomed to tag along in the ambulance if you want to.

" Kara thought for a bit but then decided that it's best if just stayed because her being there would just add more stress to Xavier because of their whole ordeal in the past.

Kara, "No I don't want to be a burden so I'll just stay." Gary, "Ok that's fine now if you'll excuse us we need to get him out of here.

" Kara got out of the way and the paramedics were on their way to the hospital.

Some people had actually started to come out after noticing the commotion so Kara went immediately into her room to avoid all the attention.

She got into her room and sat on the bed she was shaking a bit from all that had happened and was sitting there trying to calm herself. She closed her eyes and took some deep breaths.

As she did she kept telling herself, "He'll be ok." She calmed down enough to where she felt a wave of exhaustion hit her. She got really sleepy and got into bed.

She tried to sleep hoping that he'd be ok. She woke up the next morning and as soon as she did the thought of Xavier hit her and she was worried all over again.

She shook her head and knew that he'd be ok. For the rest of the day she tried her best not to get to caught up worrying about him.

To take her mind off things she went out to meet some of her friends. She met them at a theater to watch a movie.

Maria and Abby were already there waiting but they still had plenty of time before the show started. She saw them and the smiled at each other and started talking and such.

She wanted to tell them what had happened but decided not to so she wouldn't have them worry again. They went into the movies and after that they went out to eat.

Kara had spent most of the day out with her friends and by the time she got home the sun was setting. She got to her room and took a quick breath and walked in hoping to see Xavier there.

When she opened the door her stomach dropped a bit because it was just as empty as when she left it.

She then walking in and got into her comfortable clothes she decided to read some more of her book in bed. She laid down and started reading and before she knew it she fell asleep.

She was very tired and slept for a long time. She had actually didn't wake up till about 2 hours before Xavier came home. She got up and still saw that he wasn't back.

She was getting more and more worried. But she just decided to take a shower since she had perspired a lot yesterday. She got in the shower and was in there for about in hour.

She had actually took her phone in and connected it to a bluetooth speaker and sang in the shower to lift her spirits a bit. She then got out and started drying her hair.

After she did that she got into some comfortable clothes and started to read. Then before long she heard a muffle with the faint words of "Son of a bitch.

" She recognized that voice and got a little excited so she got out of bed and walked over to door a little fast and opened it up.

She saw Xavier standing there and looked a little worse for wear. His face as covered in bruised and bandages as well as his hands.

She wasn't use to seeing him like that but she was actually happy that he was back. They exchanged some words and Xavier walked in and they both realized that someday they could make amends for w

hat had happened long ago. But for now they still had some built up resentment and issues that will come to a head in the near future.