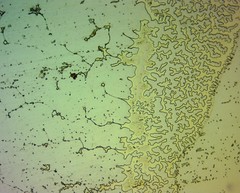 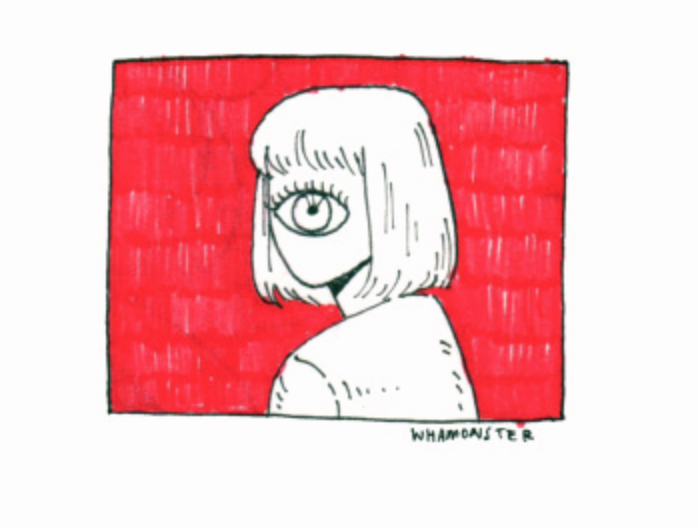 We met in a smoldering crater

the crash woke me from a dreamless sleep and I ran out barefoot into the woods behind my isolated little home. a nuclear green light shone out of the crater, humid summer air hummed around me

and suddenly, the dark silhouette of a hand against light

Its handlike appendage was cold and slimy against my palm

it almost slipped out of my hold when I gripped too tight. it was covered in dozens of long protrusions that waved absentmindedly like seaweed in a gentle current

but something warm and solid in had landed in my heart

I needed to protect this thing. whatever it was, it was breathtaking - beautiful beyond human standards and comprehension, and here I was holding a structure that seemed equivalent to its hand

with my help, it lumbered out of the crater

and came to rest on the lip of the ragged gaping mouth its ship had gouged into the earth. it stayed like that for a long time, quivering. maybe excited, maybe terrified. I stayed there with it

after hours, once the sun had risen, it stilled and spoke

I have a universal translator, it said. We can communicate if you wish Like in Star Trek? I asked I do not understand that reference, it replied in a tone I judged to be apologetic

Does your species eat? I have some microwave popcorn and the family Netflix password. I can help introduce you to this planet's culture in style.

I understood almost none of that request, it said.

but it did something with the sides of its facelike surface that might have been the equivalent of a smile, and once again took my hand in its undulating tendrils as we left the forest