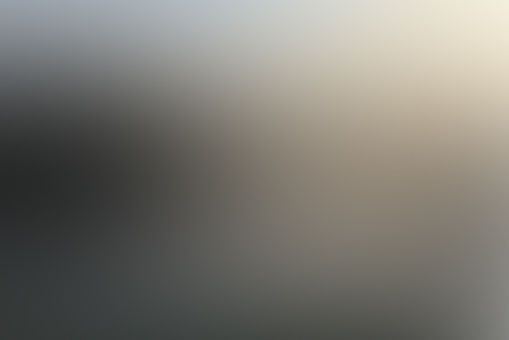 I tried to get out of my Dad's room, but the door won't open, like as if it was locked. Guess I'm stuck with this evil game and an even more evil memory card. After I went back to the TV, the game tries to talk to me again, it says: "NO PLAY, NO DADDY!" Now the game is blackmailing me, forcing me to play this wretched game. I accept.

"Fine! Just what do you want with me" I can't believe I'm talking to a video game. Soon it said this: "YOU WIN, YOU LIVE. YOU LOSE, YOU DIE." Great.

So I was playing this creepy game for hours now, but I seem to be going nowhere. The first part of the game was a huge maze which took me awhile to complete. The second part is about some sort of Pokemon-type adventure, which took me longer, about 3-4 hours to complete. There was something weird about it though- My

character's name was MY name; I only had one Pokemon, a Charmander to be exact, but the thing is its level was 999, has only 1 HP, never dies, plays its "cry" every so often, and only has one move: Night Shade, which is impossible, because it doesn't use that move nor can it learn it which was odd, and it has infinite PP. I find this cool and all, but my Charmander's appearance and when I defeat a trainer or

Pokemon was really strange.. when facing a Pokemon, wild or not, instead of saying the normal "<pokemon name> has fainted", it says "<pokemon name> was killed". And when I beat a trainer, I get no money and the trainer just says "....." afterwards and the battle immediately ends. In front of me lies a grave where the trainer used to be. If that ain't weird enough, Charmander's appearance sure is.

My Charmander is frowning by the looks of it, has no eyes, and had blood everywhere. The name was just as strange. It's name was backwards, even the letters are all backwards.. Anyways, when I reached the very end of the map, there was a man standing near the exit. He looked very familiar. He looked a lot like... my Dad! I tried to walk up to him to talk, but I had no control of it, only

the game itself did. So instead, my Dad walked one step toward my character, said "All is lost, all is gone... You have to free me from my curse before it's too late... DESTROY THE MEMORY CARD!!! DESTROY THE MEMORY CARD!!!", turn away from me, and went through the exit. After that, I had full control over my character now. I walked through the exit, thus finishing the second part of the game.

The thing I can't get passed I'd the third part though. This challenge is all about having to pass several tests to unlock a door to reach the next level, but what makes no sense is the last test. It's about figuring out how to open the locked door with a very limited set of items. They are: a short piece of rope, a twig, a gear, a hatchet, and a few pebbles. It gets more confusing than that. The room is just a small box with a

painting, a sofa, and the locked door. I was just walking around until I realized I can interact with all the objects. I interacted with the painting and a text appeared. It said: "WOULD YOU LIKE TO REMOVE THE PAINTING?" There was no option for "NO" so I selected "YES". The painting had vanished and a

monitor appeared where the painting used to be. Curious, I interacted with the monitor. Another text had appeared and said "WOULD YOU LIKE TO TURN ON THE MONITOR?". Yet again, there was only one option so I selected "YES". Now the text box reads, with bold red italicized and shaky wording, "YOU SHOULD'VE NEVER HAVE DONE THAT, CHARLIE!! NOW YOU WILL SUFFER THE SAME FATE

YOUR FATHER DID WHEN HE DECIDED TO TURN THE MONITOR ON!! NOW YOU WILL JOIN HIM ON HIS TROUBLESOME JOURNEY!! YOU WILL JOIN THE GAME -- YOU ARE THE GAME!!" I don't like where this is going. I gave a bad feeling something bad will happen to me. The NES was glowing with a blueish hue. Then suddenly, the NES and the TV turned off. I collapsed to the

ground with a big thud, and everything went black. I went unconscious. When I woke up, I noticed something weird about my surroundings: I was actually IN the game! I just tried telling myself that this was just a dream, I even tried pinching myself awake. Nothing happened. How could've this have happened? There was no way this was real. Heck! It's not

even possible, but it happened.. But how?