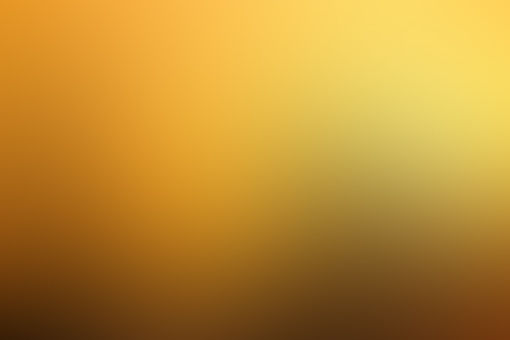 I live alone with my Dad, who is a master gamer, who beats me at every game, video game or not. He's attended many tournaments back in his day as a kid and never lost once- He has over 17 video game trophies and 3 card game trophies (2 of which were pokemon and the other a Yu-Gi-Oh trophy). But let's get back on topic. It was a normal, peaceful day today... Or at least I thought it was..

I was just coming out of school and my Dad was outside waiting for me. We went home and we went inside. My Dad went rushing everywhere asking "where is it, where is it?" I was starting to get worried so I asked him what was going on. We have been robbed!

"What's going on? What happened?" I asked "We've been robbed!" My Dad screamed. Wait, but how? The door was still locked and all the windows are closed and they weren't broken either!

We had a full-on conversation about the break-in, but I don't understand how someone could have broken in.

"Wait- A memory card? That's it?!" "Yes, but it's not just any memory card. It's a... special memory card, it's pitch black and has a bright red number three on the front. It means so much to me and now it's gone!" I know a memory card ain't such a big deal to be robbed of, but it means a lot to him and I

want to see if I can get it back for him, so I asked. *Why's that memory card so important to you?" My Dad wiped his damp face with his sleeve then spoke, "You don't understand, it's too dangerous for anyone to have their hands on! I got it from my father, your grandfather. It has, um... a soul inside of it."

A soul, really? I don't know how much he's been drinking but that's impossible, but it does mean a lot to him so I asked him whi might've took it and where they might have it at. "I always kept that memory card with me everywhere I go. It gives me what it feels like some sort of aura which makes me feel confident. If someone uses that memory card, may

God have mercy on their soul." He turns away for a second and speakd again. "I think that game clerk not far from here might have it, but I'm not so sure.. you can try there, if they use it, there who life is in danger."

He walks away and heads into his bedroom and shuts the door. I don't know why or how this memory card can do these things but he's my Dad and I care about him, so I went outside, got on my bike, and went to the nearest store. I went to the store and I saw the manager stumbling at the back of the store, heading slowly for

the dumpster, he fell over and he dropped something. I rushed over to him and checked his pulse but there was no pulse which was the scary thing, he had died. I looked over to what he dropped and I wouldn't believe my eyes. It was the memory card! It was pitch black with a big, bright number three on the front. I walked over and picked it up. It seemed like no light shined on it, like as if it were absorbing it.

I went back home, got off my bike and head inside. I knocked on my Dad's door and he opened it. "What do you want?" he asked. I smiled and reached in my pocket and gave him the memory card, "I thought maybe you'd like to have this back!" He grew happy at the sight of the memory card and smiled.

"My memory card! Thanks, now all my confidence is growing back again!" I chuckled, "You're welcome Dad." I walked out of the room and head for bed since I grew tired after all that work. In the middle of the night I heard a scream coming from my

Dad's room, so I rushed over to see what was going on. I quickly opened the door, and my Dad had disappeared! "Dad! Dad? Where are you Dad? Dad!" No answer.

Instead the door slammed shut by itself. I'm just thinking to myself that Dad was playing a prank on me, but there's no sign of him anywhere. It was dark inside so I tried flicking the light switch on but nothing happened. Nothing would turn on except for the NES and the TV. The lights on the NES would flash every now and then and all the TV would do is static. Then after a minute they turned off and the room

became pitch black. Then they turned back on again except for the lights. It's starting to creep me out, suddenly I heard a deafening screech coming from the NES. The TV suddenly faded black for a few seconds before returning to normal. Finally it showed a title screen to apparently a video game with its name glitched out. There's not even a game cartridge in the NES if I recalled correctly, all that's inside is that

The screen fades to black again. When it return to normal again, bold red text starts to appear. It reads: "READY TO PLAY, CHARLIE?" How the hell does it know my name?! I've NEVER been this scared in my life! Could this game and this memory card have something to do with my Dad's disappearance?