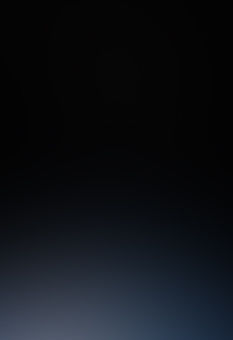 reedsobrien Community member
Autoplay OFF   •   2 years ago
Transcript
In a new world filled with the supernatural, broken friends, betrayals, and new dangers, all Lillian Sanders and Stiles Stilinski need are anchors to keep them from afloat. [Trigger warning: Abusive relationship, mentions of self harm]
romance romancedylanobrienteenwolfauscottmccallabuseteenwolfstilesstilinskiemotionalloveteenlove funniest emotional stories

Lillian's hazel eyes scanned over the wooden words carved into the old, rickety welcome sign as her father's truck drove by.

The noticeably old sign had seen better days as it appeared bleached, with its green hills drowned out to a mediocre pale color, and the yellow font chipped at the edges.

This was it. For the love of-

She couldn't even finish her thought as she rubbed her temple with her middle and index fingers in frustration. Supposedly, this was going to be her new home until she was off to college.

She couldn't believe that he had said yes! This had to be some sick joke, right?

To this job in this town?

The air was noticeably tense between the two occupants, as it had been for awhile even before her father mentioned moving. Both of their eyes focused on the long stretched out road ahead.

Nothing struck Lillian as appealing and soon her eyes flickered down to her phone that was in her other hand.

She hated it here.

She's heard the stories of Beacon Hills. All of the strange and mysterious, unexplainable incidents that have taken place within the last couple of years.

The supposedly "rabid animals that suddenly appeared four years ago". She's not stupid, and neither is her dad. They both knew that the town was fishy.

They knew well: Beacon Hills is a dangerous place. Like a black hole- a void. A beacon for craziness.

However, she kept her protests to herself. Her dad wasn't going to listen to her bitching and moaning and it was far too late to even try. Their new home was ready.

She was already transferred to the high school in the area. Her new life was already beginning, even if she didn't want it to.

Just the thought alone of having to go to an entirely new high school- not that the last one was any better, however- made her feel on edge. The mere thought made her feel sick to her stomach.

It felt as though she couldn't breathe. And every time she tried, they came out shallow. Her father glanced over at her, seeing the disgusted look on her face.

She was more quiet than usual, he was at least expecting a comment here and there.

"You may not see it yet, but you'll like it here. I can promise you that. The high school is great, the restaurants here are some of the best, and…"

Her father's voice soon faded as Lillian gazed out the window, losing herself in her own head as he continued talking at her, not to her.

And as she usually does when she did this, she nodded every once in awhile to show her apparent acknowledgment.

When really, his voice faded into nothingness, and her thoughts were all she could hear.

They were all she could ever hear really. And they were more louder than usual, nearly suffocating.

A few days had passed since the move. The U-Haul emptied and gone, their new house was barely being filled up. The living room and kitchen were fully furnished.

It was as if it was a mask to cover how the second floor was nearly hollow. Upstairs, in the bedrooms and bathrooms, there were still boxes everywhere, untouched.

While Mr. Sanders was just too busy transferring over his paperwork to his new office, Lillian showed no interest in putting in the effort to make this place her new home.

Lillian's eyes shot open as her alarm went off. A blank wall with boxes stacked up on each other stared back at her as she wiped the sleepiness from her eyes.

The nerves set in immediately as she realized that it was her first day of school.

In an effort to not go, as soon as she knew she was in earshot, she started coughing violently and groaning in faux pain.

She tried putting on the best act that she could, hoping her father would tell her to stay home for the day.

She tried playing sick. Her father saw right through the charade. Instead of being able to stay at home and survive another day she had even less time to get ready.

Her fingers drummed on her bag as she bounced her leg against the leather of the car seat. She began to see students walking in the direction they were driving.

The longer they went north, the more and more people she saw, all with backpacks or bags hung over their shoulder. Their mouths moving in passing conversations.

"Ready for your first day?"

Her father's voice made her jump. She glanced over at her dad for a few moments, somewhat annoyed.

Then, almost automatically, she faked a smile, putting on a face like nothing was bothering her. However, she couldn't hide the sigh that passed her lips before she spoke.

Another moment of silence.

"It already looks like it's going to be a long day today. I'm mostly likely going to be at the police station by the time you get out.

You're probably going to have to ask for a ride home," her eyes widened a bit as he said this, "Is that alright? I'm sure someone won't mind giving you a lift."

Her objective of the day was to get through with minimal talking. But, of course, he was oblivious to the fact that his daughter had zero social skills.

Hell, he thought that she was going to miss all of her 'old friends' back in Diamond Heights.

When in reality, she only had two max, whom she rarely spoke to unless they needed something from her.

Her voice faltered. After a few seconds, she just nodded her head as the words failed to deliver. There was no point in trying to explain herself.

She was walking home. There was no doubt about that.

"See ya later, sweetie!" she hears as the sound of the passenger door closing rang in her ears. The noise even seemed to capture the attention of others as they looked in her direction.

Or maybe they were looking at someone else? Whichever the case, she suddenly felt as though she was naked, exposed, as all of these new pairs of eyes looked her way.

She made herself as small as possible as she sped to the entrance, navigating through the crowd that was forming to go inside.

She pauses as she gets inside. So many faces. And not a single one she knows. That feeling alone makes her feel inferior and alone as if she weren't already feeling that way.

She didn't belong there. She knew that.

Her only saving grace was that she had her classes and locker sent through email the day before. Fewer people she had to talk to, the easier the day was going to be.

She silently prays that she's on the right path as she begins walking down the main hallway while glancing up at the locker numbers.

Even if she wanted to ask, everyone around her seemed to be engrossed in chatty conversations and overall ignored her small presence.

She finds herself squinting harder than usual as the numbers blur together.

She mentally facepalms herself in frustration as she has to move closer to the metal doors, almost as if she's hovering over them, to make her eyesight readjust.

Even then, the font is too small to distinguish properly.

She stops in front of one in particular as she believes that she has found her locker. Yet, she's barely able to make out the last few digits.

Her face is so close to the metal that it looks as if she's smelling it. And she can. It doesn't smell good.

She debates in her head if what she's seeing is right. The last number looking like a '6' but then again, if she is to tilt a bit to the right, it doesn't. A bell goes off and Lillian jumps.

Everyone around her starts to move a bit faster, ending their conversations, as they all know that it means that they now have little time left.

Deciding to not stop someone and ask for help, she takes the risk. She starts to put in the combination that she's memorized- hoping for a miracle that it works on the first try.

"Wait, 'switched'?" Scott exclaims as he walks down the hall side by side with his best friend, peering over at the paper in the paler boy's hand, "That literally makes no sense."

"Yeah, I know," Stiles says, trying hard to not get upset.

"Why the hell would they do that?"

"Maybe it's a mistake. Or maybe they're fucking with me. I dunno, this is stupid."

"How many of your classes?" Scott sighs out.

"Like three of them, man." Stiles sighs as he looks down at his new schedule in dismay. It's the beginning of a new semester and it was already starting off on the wrong foot.

Getting handed a brand new schedule when he loved his old one put him in a sour mood, "Algebra II with you, World Studies with Lydia, and Honors English with Lydia and Megan are now gone. Poof.

" he says with hands and a poked out bottom lip. For the first time, he had a schedule that he liked, now that was ruined for him.

"Hey, how's Megan doing by the way? I haven't seen her since before the break?" Scott asks in both a bland, yet 'I'm-kinda-interested-to-know' tone, "Sometimes I forget she's my beta."

Stiles was too focused on all of his new class changes to answer him right away or notice his tone. He was in his own head. It was weird.

The classes were all at the same academic level, nothing higher or lower, yet they were rearranged. A different order.

He never requested for a change and he was pretty sure his teachers didn't request one either- yet here the new classes were in his hands. And there was nothing that he could do but pout.

"Uh, she's doing fine. Oh, and her birthday is in a few months." Stiles finally says to answer Scott's question.

"Remember the last time I forgot about it?" Stiles shivers at the flashback as he remembers her outburst, "And we weren't even dating then. I have to start planning early."

"Y'know, I was thinking of giving her this customized…"

Stiles stops. Immediately. Whatever he was going to say was gone in an instant.

"What?" Scott asks when he notices that his friend had stopped talking mid-sentence.