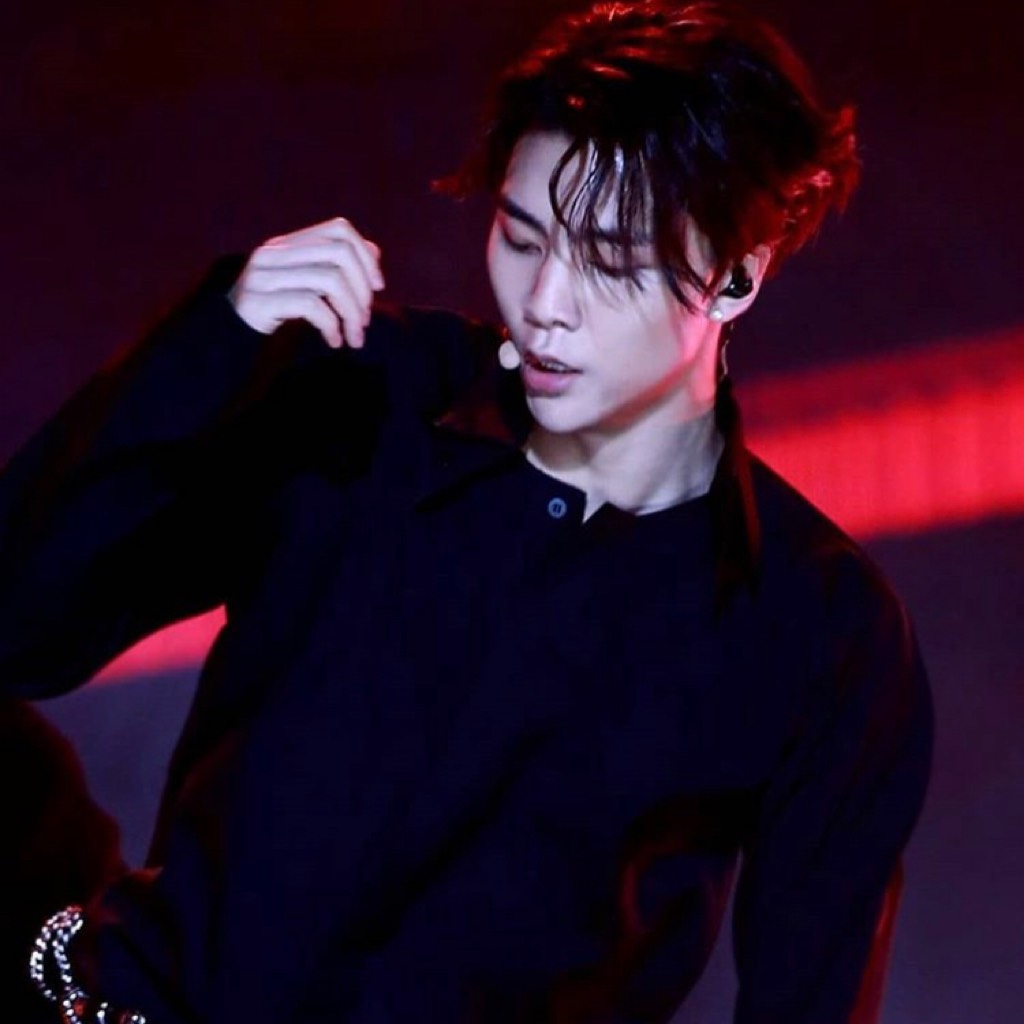 “Are you strong enough for this?” His fingers trail across Taeyong’s skin like a butterfly kiss, running down from his cheekbone to his jawline, like gossamer lingering on his throat.

Each touch makes Taeyong’s breath rattle in his ribcage, passion and terror exploding behind his eyes; open, but unseeing.

The words fall off his tongue with no help at all, practically leaping into the space between them.

The very tiny, almost virtually non existent space between them.

“For you,” Taeyong breathes. “For you of course I’m strong enough.” A smile etches itself upon Jaehyun’s face as Taeyong says this. Of course. For him? Of course.

He loves to hear those words. He loves the way Taeyong’s eyes gloss over when Jaehyun touches him. So lightly, almost as if he isn’t touching him at all.

He loves the way he holds all the power.

Jaehyun presses a little harder, dragging the fabric with his hands.

He loves the way Taeyong’s breath hitches in his throat.

Jaehyun steps even closer as his hands reach Taeyong’s stomach, gliding down.

Taeyong gasps silently, shuddering into the wall behind him as Jaehyun presses his chest against his, pinning him in place. He leans in, breath grazing Taeyong’s throat now, breathing him in.

Taking in every little bit.

He dips his neck, senses heightened and aware of every single twitch Taeyong makes, whether he means to or not. Jaehyun relishes each one.

Jaehyun kisses him lightly, lips pressing against his warm throat. He can hear the blood rush beneath his skin.

“You’re a good boy, you know that right?” He whispers, hands trailing to Taeyong’s hips to press him against the wall harder. Taeyong nods, swallowing. Every breath shakes.

“You can be with me forever?” It’s a question, because Jaehyun truly cares whether Taeyong wants him forever.

Taeyong nods again, hands fumbling up to Jaehyun’s chest, forcing him to pull back and look him in the eyes.

Taeyong’s eyes are soft and brown.

“I want this.” He says, and there’s no denying the sincerity, the way his irises radiate hunger.

Jaehyun is delighted, and now he wastes no time. He shoves Taeyong backwards again, lunging for his throat.

His warm, delicious blood roars just a bite away- just one bite.

Taeyong screams when his teeth sink in, but it quickly dies away to a single, pure whimper. Jaehyun doesn’t care, ripping into his neck.

It tastes so fucking good- better than it even smells, and with each drop Jaehyun only grows hungrier.

He can feel the way Taeyong is losing his life-

His legs weaken, forcing him to hold Jaehyun tighter and rest on the wall more heavily, until his arms begin to fail and his grip loosens on Jaehyun’s waist.

It’s when his hand drops away completely that Jaehyun begins to slow, hand against Taeyong’s chest. His heart beat is as beautiful as flute song.

“You’re a good man.” He says again, pressing a bloody hand to Taeyong’s cheek. His eyelids flutter, trying to look at him and Jaehyun pouts as if he feels bad for him.

He doesn’t, this will be over soon.

“You taste so sweet, did you know that?” He says, and Taeyong shakes his head weakly. He didn’t. He had no idea.

“Does it hurt?” Jaehyun asks a follow up question, and Taeyong shakes his head again, but this time he’s lying and Jaehyun knows it. “Don’t lie to me.” He whispers, like it’s threatening.

Taeyong leans his head backwards, exhausted, and in the process exposing his throat completely. Jaehyun has to growl to keep from lunging for it, all open and easy.

Taeyong’s breathing is raspy and dangerously slow now, but Jaehyun can’t bring himself to care.

He’s not alive, why would he be in tune to a human’s needs?

Instinct takes over, however, and soon Taeyong is in his arms and Jaehyun is pressing on the wound- not before licking it clean first though.

Taeyong collapses slowly and it’s now that Jaehyun regains his humanity; after the bloodshed.

“Wait-” They slump to the floor, Taeyong wrapped up in Jaehyun’s arms. “Wait-” Taeyong doesn’t say a thing though, eyelids fluttering without ever really looking.

“Taeyong-” Is he dying? Jaehyun forgot how fragile human bodies were.

“You want to be with me forever right?” Jaehyun stares down at his white face, but the longer the silence drags on, the quicker he detaches himself. Of course.

Of course he wasn’t strong enough.

Not even for Jaehyun, not even after everything they’ve been through.

Of course he wasn’t strong enough.