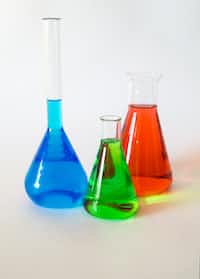 "I don't know how to make him behave," complained my best friend Laura, as we were walking together on our favorite trail.

Laura was talking about her son Don's stubborn behavior. He wouldn't listen to anything that she suggested but yell in response, and would do whatever he wanted.

She noticed sometimes Don would do the opposite of what she suggested, even when he would have loved the idea in the past.

Yesterday evening she offered to setup some time for him to spend with his best friend. To her utter surprise, he refused the offer. He wanted to do his home work instead. "Even on a Friday evening?" she wondered in disbelief.

"I give him almost everything that he wants. I take him wherever he wants to go. Still he doesn't want to listen to me. "I just can't connect with him. I don't know what to do," she lamented, her lips starting to pout and eyes tearing up.

Having known Laura for over 15 years and being close to her family, I had the bird's eye view of what was going on.

"I know it's hard," I empathized, then cautiously asked, "are you willing to hear my take on what is going on?"

Laura looked at me with a quizzical expression. Maybe she wondered what ideas I might have, when she had been a perfect mother. With a resigned look on her face, she reluctantly nodded her head for me to go on.

"Have you heard about the magic ratio?"

"It's also called the 5 to 1 ratio. Think of your relationship with Don as a bank account.

"Hmm," Laura turned her head towards me with a bit of curiosity.

"What I have noticed is, if I may," I paused. After she gestured for me to proceed, I continued, "You are quick to react to Don's opinions with a counter argument.

"I know you do that with the best of intentions.

"But each of your counter argument to him is a negative reaction, and it takes away a dollar. "So now, you will have a negative balance in the bank until you have 5 more positive reactions."

"But then," she said, "are you saying I should not express my views honestly?"

"Can you start from curiosity? Fully understand his thoughts before coming up with alternatives. "You know, listening just for the sake of listening.."

Laura folded her hands and looked at me earnestly.

"Look, you are a very intense person and have very strong opinions on everything. So, you instinctually interrupt and respond to people quickly. "But that can get exhausting for others, especially Don. He needs your unconditional support more than anything else.

"You will be able to influence his behavior better if you start having a positive relationship balance."

Laura was deep in thoughts during the rest of our walk while I hoped her relationship with Don would eventually mend.