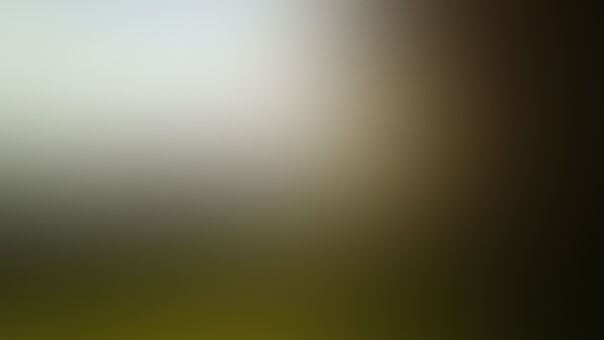 purplemoon153 Community member
Autoplay OFF   •   a year ago
Transcript Use Images
McDoon is established to be bisexual so what if he fell for one of the other people in the Dikrats family.
fanfiction star kidtrail to oregondikratskidnappingangstjack bauer dikratsslippery when wet dikratsmcdooncletus jonesmcbauer

What A Sweet Little Number Chapter 1

McDoon was waiting in the street for Cletus to return with the supplies when someone caught his eye. That someone looked to be in his mid thirties and had fluffy, curly blond hair.

He appeared to be finalizing a sale with the general store owner. The self titled "Bandit King" made his way over to the stranger who seemed to have finished attending to his business.

"Hey there sunshine!" McDoon called out to the handsome stranger. He perked up and glanced around before answering.

"Who? Me?" the pretty man asked. He looked around to see who he was talking to before making eye contact with McDoon.

"Say, have you ever heard of the Bandit King?" McDoon asked, stepping closer to the shorter man. Jack Bauer took a step back, away from the other man.

"He goes around stealing kisses and all sorts of other shit. He does it with the help of his partner, the infamous Cletus Jones."

"I'd love to stay and chat, but I'd really better be off."

"I don't want to leave my family waiting."

"I really have to get going," Jack Bauer said, a little uncomfortably. He tried to turn away and bring the new supplies to his family when a firm hand on his shoulder stopped him.

He was forcibly turned to face the man who was talking to him.

"I wasn't done talking to you. Why are you running from me?" McDoon demanded. He stepped even closer, looking at him menacingly. His hand still gripping the other man's shoulder.

"I am just in a bit of a hurry, my wife-" Jack Bauer started when he was interrupted by McDoon pulling him closer. McDoon snaked his arm firmly around the other man's waist.

He made sure to make it hard for Jack Bauer to pull away.

"Yeah, I should be getting back to her-"

"Hey McDoon! I got your supplies!" a new voice called. The voice belonged to a man. He was carrying a basket full of supplies and leading a horse.

"Hey Cletus!" McDoon called back. While McDoon was distracted Jack Bauer tried to pull away from the other man. The grip on him tightened bringing him a little closer to McDoon.

He sighed and tried again. The second attempt also landed him closer to McDoon than before, and it was much closer than Jack Bauer wanted to be in the first place.

McDoon cupped the other man's face with his free hand.

"Whoa! Where do you think you're going Sunshine?" McDoon asked the man still in his grasp. Jack Bauer flushed and said nothing. McDoon brushed some stray hairs from the shorter man's face.

His fingers lingered on the other man's face. The brunette then ran his thumb over the blond's lips.

"Who have you there McDoon?" Cletus asked gesturing to the flustered Jack Bauer. Jack Bauer tried to step away from McDoon's grasp again, but was unsuccessful.

McDoon's free hand left his face and reached down. He quickly gave the other man's butt a squeeze. Jack Bauer tensed up and looked away trying to pull away from the stronger man yet again.

He still couldn't get away. McDoon reached up and tangled his finger's into Jack Bauer's curly golden hair.

"A new pal," McDoon answered, while pulling Jack Bauer even closer. He yanked on the other man's hair while doing so. Jack Bauer let out a soft whimper. McDoon liked that sound.

He tugged at the hair again and was rewarded with a short yelp of pain. Jack Bauer tried to talk his way out of the situation again.

"I really gotta get back to my family. They probably are wondering where I am. We are leaving today.

We really should get going soon," Jack Bauer explained, trying once again to pull away from McDoon. The other man gripped his waist hard enough to bruise, and pulled him closer.

Jack Bauer placed his hand on the other man's chest in an attempt to push him away, but he was unsuccessful.

McDoon didn't take kindly to this and untangled the hand in the other man's curly blond locks to snatch up his wrists and hold them so he couldn't use his hands in an attempt to escape again.

"Not so fast Sunshine, we're still chatting. This is my good friend Cletus Jones," McDoon said. He nodded his head in Cletus's direction. Cletus reached them and looked over Jack Bauer.

He didn't look that impressed by the man unwillingly in his partner's arms. Jack Bauer was trying to wiggle his wrists out of the strong hand that held them. He didn't get them free.

McDoon gripped them tighter after feeling Jack Bauer try to wiggle them free. He was clutching them tight enough to bruise them.

They were interrupted by a short woman dressed in red, her dark hair tucked underneath a large brimmed hat. She looked up at the men with disdain.

"What in the hell is going on over here?" the woman spat at McDoon. She looked from him, to Cletus to Jack Bauer. She wasn't impressed with what was going on.

"Nothing ma'am! Everything is perfectly fine, I was just making sexual advances on this man right here.

It was perfectly consensual too, he gives me butterflies in my penis area," McDoon explained, releasing his grip on Jack Bauer.

He stepped back his hands in the air, as Jack Bauer hurried off to stand behind the woman.

"You do realize that he is married to me?" the wife asked. She arched her eyebrow, just waiting for him to object to her statements. Jack Bauer peeked over his wife's shoulder.

"I do," McDoon answered. He started to sidle closer to Jack Bauer who was still cowering behind his formidable wife. The blond stepped further back.

"Then you should realize that he is taken," she explained further. She was exasperated with this man who clearly couldn't take a hint, or just didn't care about others.

"I realize that, but he can get a divorce right?" McDoon asked. He smirked as if he'd just found the perfect argument against her. The blood fled from Jack Bauer's face.

"Slippery When Wet, can we go get back to the kids and your father?" Jack Bauer asked his wife quietly from behind her, still hiding from McDoon.

He just wanted to get away from these men and go home.

"No, I'm not done here. Jack Bauer, you should cover your ears," Slippery When Wet said motioning at her husband to cover his ears with his hands.

He did so and turned away from his wife and the two men she was arguing with. She made eye contact with each of them before giving them a verbal thrashing.

"I love that man more than this life and if you take him or harm him in any way I will hunt you down and tear you into tiny little pieces and feed you to my family.

You would have better luck 'getting some' from a cactus," Slippery When Wet promised. She turned to Jack Bauer and motioned for him to stop covering his ears.

She grabbed his hand and started leading him back to the family. She was interrupted by McDoon calling after her.

"You just made a huge mistake, just let us have him."

"My husband has nothing to say to the likes of you, and neither do I. Come on Jack Bauer let's go," Slippery When Wet said, turning away from them.

She resumed taking her husband back to their family and away from McDoon.

"Oh well, I tried to be friendly like, but now it's war between us. One way or another I will have that husband of yours. Come on Cletus, let's get outta here," McDoon vowed.

He swung onto the horse with Cletus behind him. He snapped the reins and they rode off, but that wouldn't be the last the Dikrats would see of the infamous Bandit King and his partner.