Commaful
The One Who Will Love my Love 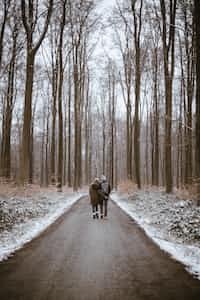 poppy_rusert Community member
Autoplay OFF   •   17 days ago
Transcript
When I miss him, miss his habits, miss his presence, miss his touch, miss his essence, miss his care and smile, his affection for a while, when I want to run back to him, but realize somebody else is there to take his care, just a little note to her before she claims he is hers, he was mine.
feelings poetpoetrylovelove-for-himmissing himmissinghimhis feelinglast love

The One Who Will Love my Love

To the one who loves him next,

There are few things you should know first,

If you are taking him out for a fest,

You should know he doesn't love hard crust.

You must know that his sleeping habits are late nights,

And he likes it in a silent game,

If you ask its gonna be a tough fight,

know that he can't be tamed.

He loves his projects more than anything else

Sometimes he does the overtime.

Never consider yourself any less,

He is slow in adjusting the time.

His ambitions are high, visions are rare,

he follows his heart in the passion of art,

sometimes you may feel it's not fair

but don't try to hold, he is smart.

though you may love him now,

but I loved him first.

I have cared and flourished him,

but you complete him now.

Don't judge my love for him

Coz for me, nothing could change to call him my last.