Commaful
Reviving the Dead - The Avengers 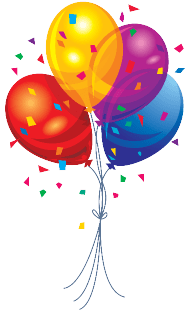 pluzoo Community member
Autoplay OFF   •   3 years ago
Transcript Use Images
Thor, Black Widow, Captain America, and Bruce Banner know they can't win this alone. Thanos is just too powerful. The only shot, a slim shot at that, is to get Thanos to give up the stones and have the entire Avengers team to take him down. And even that would be difficult given Thanos's powers.
fanfiction avengersparodymcumarvelthorhulkcaptain americabruce bannerfunny funniest bruce banner fanfictionmost romantic mcu fanfictionavengers fanfiction

Reviving the Dead - The Avengers

The only shot, a slim shot at that, is to get Thanos to give up the stones and have the entire Avengers team to take him down. And even that would be difficult given Thanos's powers.

"We've come to save the day"

Thor smiles. He knows they can use all the help they can get.

Captain America: "The question still remains. How do we get the rest of the Avengers back"

Bruce: "And how do we get the stones off of Thanos"

There were just so few choices.

And then there was one.

"I know what we have to do" Scott says. He storms out of the room.

"The problem is one and the same"

"If we have the infinity stones, we can bring the rest of the team back"

"We just need one good move to do it. And I think I know how"

Meanwhile, Thanos begins to test his powers. He celebrates his victory and uses powers to create a palace for himself.

"Having fun?" It's Captain America.

"We're not here to fight you"

"We're here to work with you"

Banner walks out. "We are willing to trade you a favor"

"I've built a technology that will help you control your powers better. Maximize your strength"

"I learned a lot from studying Vision and this will unleash your full potential. In exchange, we want our friends back"

"Well thank you, but why wouldn't I just take it for you?"

"Because you aren't a bad guy. You deal with reason."

Thanos laughs. He nods. But you help me first.

Banner wheels over a large mechanical contraption and points it at Thanos's arm.

Thanos glares. "If this is a trick, I will kill you all and destroy your entire planet"

A beam of light hits Thanos's arm which begins to glow. Thanos smiles. "I can feel the power"

"Oh I feel the burn alright"

Antman is revealed to be holding Thanos's arm and the stones.

He had gone subatomic, using the heat energy patterns to contain the fact he was secretly breaking the atoms connecting Thanos's arm.

Captain Marvel swoops in and punches Thanos. Banner turns into the Hulk and joins the fight.

Captain America and Antman quickly figure out how to use the stones and bring the Avengers team back.

The entire crew pins Thanos to the ground.

Thanos growls. "I wish it didn't have to come to this"

A small barrier forms around, forming from the ground, protecting him from strikes.

He appears on the other side and reclaims the stones. He tries to use its powers. He can't.

Thanos screams in anger. In a thrash he sends a power blast, hitting Cap and Black Widow. Hulk and Captain Marvel jump on top of Thanos in full attack. He barely fends them off.

Captain Marvel kicks Thanos in the stomach, sending him flying into Thor, who swings his hammer like a baseball bat. Captain Marvel and Thor hit Thanos with all they have, disintegrating him.

But both Cap and Black Widow are unable to be revived, but the Avengers are back. And Thanos is no more