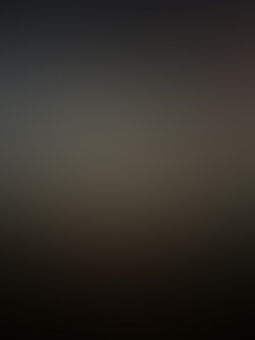 The club was crowded, in the best way. Low lights flashed red and blue, outlining the bodies of people who bumped up against Brandon as he danced to the pounding music.

He watched himself in the wall-length mirror across the room, admiring his powerful movements.

Someone appeared in front of him. A woman, dressed in a black and white dress that showed off her slender figure. He hadn't noticed her approach, and it took a second for him to recover.

But surprise quickly gave way to excitement as the woman's eyes asked a wordless question. They shone red with the flashing lights, and hunger.

Brandon answered by moving in close and placing a hand on her curved waist.

Seconds later, she was grinding on Brandon, her movements practiced and purposeful. She knew just where to press to send shivers of pleasure through Brandon's body.

Soon, he was hot with arousal, his cock straining against the confines of his clothes.

Brandon couldn't take it anymore. He spun the woman around to face him. Just as he opened his mouth to suggest they go somewhere cooler, she leaned in and whispered in his ear.

It was a strange question, but Brandon didn't care. He knew an invitation when he saw one, and he didn't need to be asked twice.

He took the woman's arm and led her through the mass of dancing strangers. Once outside, the woman quickened her stride.

Brandon practically had to jog to keep up with her long legs as she headed for an apartment complex across the street. "This way, first floor," she said, turning left.

He enjoyed the view of her round ass bouncing as she strode down the hall.

He noted her other movements as well. The woman moved with inhuman grace, and he sensed a hidden strength in every inch of her sinewy form. The answer was obvious.

This woman was a vampire. And Brandon was okay with that.

She stopped at one room near the end of the hall and opened the door, waving Brandon inside with a grand gesture. "Welcome to my home," she said in honeyed tones. "After you."

Brandon sidled in, keenly aware that he was stepping into the lair of a dangerous being.

But what fun was there without a little risk? Brandon's cock agreed; it strained against its bounds with fierce desperation.

Time to get the ball rolling. "What was your name, by the way?" he asked. He placed an arm around the vampire, giving her ass a sensual squeeze.

The woman laughed. "We're here for one thing, and it isn't casual conversation."

In a motion so quick Brandon nearly didn't see, she had twisted out of his hug and pulled him down by the shirt, meeting her soft lips in a fiery kiss.

She pulled away, just enough to whisper, "It's Sheila. Now fuck me," she commanded. She kissed him again, ruby eyes wide open in a dare.

Soon they were ripping their clothes off, tossing them aside as they tried not to break the kiss. Brandon couldn't help a grunt of pleasure as his erect cock sprang out.

Within seconds it had reached its full length. Sheila looked at it, her eyes wide with awe and excitement.

Brandon had only a second to admire the vampire's curves and perfect breasts before she attacked him, her blood red mouth pouncing onto his cock.

She bounced on the bed, on all fours, and took nearly all of him into her mouth.

Sheila's lips closed around the base of Brandon's manhood, and he felt the back of her throat tickle the head. She swallowed, and pleasure shot from the sensitive tip all the way through him.

He enjoyed the passive pleasure for another minute before pushing Sheila onto her back. He knelt on the bed and positioned his head over her beautifully manicured bush.

Brandon gently separated the folds of Sheila's pussy and probed her with his tongue. The aroma of her body hit him in a cloud of sweet intoxication.

Brandon relished the sweet juices that had begun to flow from Sheila, and the happy moans she made. It was ridiculously hot, and Brandon needed release.

He slithered higher and kissed the vampire, running his hands over her soft skin. His rock-hard cock brushed against her leg in anticipation.

Sheila smiled and said, "Now are you ready for my teeth?" She grinned, showing off perfect teeth and human canines. Without warning, she flipped Brandon onto his back and straddled him.

Before he could register the question, she had positioned herself over his cock.

Sheila sank onto Brandon. Waves of pure ecstasy flowed through him as he entered her. She was tight and warm, and very wet.

Slick juices dripped between Brandon's legs as Sheila settled over him. She leaned down and kissed Brandon.

He returned it with passion, lost in perfection as she rocked back and forth on top of him.

After a few seconds, Sheila slowed. "Now," she whispered. Suddenly, Brandon felt something new in the warmth of her pussy.

Something like sharp stones closed around the base of his cock, pressing just enough to send tiny pricks of pain with his ecstasy.

Brandon gasped in surprise, and Sheila grinned wider. Not rocks. Teeth. Sheila had Brandon between two rows of teeth in her pussy.

They closed a little tighter around him, and a moment of horror flooded through him.

She let up. "Do you like that?" the vampire asked sensually as the pinpricks stopped. As Brandon realized she wasn't hurting him, he felt a thrill.

It totally renewed his arousal, and he was ready for more!

"As you wish," said the vampire. Again, her teeth just closed around his cock. Sheila rode up and down so that they scraped gently over him. Then she settled back down on him.

"And one more thing," she added.

Something moved alongside Brandon's embedded cock. It swirled around the head and stroked the sides.

Then he felt the whole cavern moving, churning around his entire member even as her teeth stayed firmly around the bottom.

It must be a tongue! Sheila had a whole mouth down there, and she was using it to give Brandon wonderful combinations he had never felt before. As he swam in sensation, he panted with desire.

"Harder. Bite me harder," he growled. Sheila complied, and a fresh wave of pain heightened his pleasure. Together with the sweet squeezing of her spectacular pussy, it was overwhelming.

Brandon felt a familiar build-up as he reached climax.

"I'm close," he gasped. He had reached the brink quickly, and he tried to pull out on reflex. "I'm gonna come!"

Sheila held fast. Her pussy tightened a bit more, and the red of her eyes deepened. "Good! Come inside me, Brandon.

Feed me with your nectar!" She rocked faster, and it all became too much. Brandon climaxed, spasming with immeasurable ecstasy as he released inside of Sheila.

"Yesss," she cried, squeezing her eyes shut and digging her nails into his skin. Brandon felt her pussy sucking at his cock, eager for every precious drop.

Then she released her stony grip on Brandon and fell onto the bed beside him. Brandon blew out an amazed breath. "That was fantastic," he said. "Absolutely . . . amazing."

"Mmm, you're not so bad yourself," Sheila returned with a satisfied smile.

They lay there for a moment. Then Brandon went to get cleaned up. As he redressed and headed for the door, he bid Sheila good night. "Will I see you at the club again?" he asked.

She smirked. "I live here for a reason. If you want another go, just look for gaps in the mirrors. It would be a pleasure to do this again, someday."

Brandon opened the door. "Someday? Sounds so far away." He stepped out, parting with a final wink to the vampire.

"Sheila, you can drain me any time you wish."