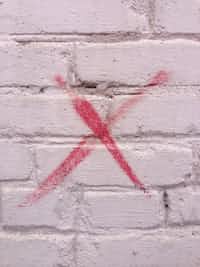 nowyouseeme Stabby Stabby~
Autoplay OFF   •   a year ago
Transcript Use Images
This one seems kind of like a filler but I promise it’s better in the long run.
a little bit of a fillergaylil sad

“Soo, how’d it go?” Sabrina asked the minute I got on the bus

I shrugged, I still hadn’t gotten over how weird the kiss felt

“She kissed me at the end of the date, so I’d say it went alright.”

“Are you two going to start going out?!”

I shrugged again, “probably not.”

“It just didn’t feel right with her.” She was a nice girl, and very very pretty. Basically what my ideal lover would be, but it just hadn’t felt...right.

“You know if you keep being picky like this you’ll never get a girlfriend.”

“Whatever.” I grumbled, sinking back into my seat

We walked out of the bus and went on our usual routes,

While we were in gym, we ran the track together and I finally lost it

“Could you just stop talking about Sabrina for five minutes?!”

“Woah, somebody’s grumpy.” He said smirking at me, I rolled my eyes and ran ahead of him.

I didn’t know what was wrong with me,

Sabrina would talk about all of her boyfriends all the time, never did I once care

But with Casey it was just different, it made me angry and bitter to hear about his love life

I just didn’t understand why, his every breathing word is about her!

I chose to not speak to either of my friends for the rest of the day,

Sticking myself instead with Jordan

What hurt the most though, was that I still felt so bad

It made me angry and frustrated to see them together

“Aron, are you alright? You look kind of down.” Jordan asked from beside me as we walked

“Mhmm.” I bluntly responded, scowling more as I walked

“You know you aren’t a very convincing liar.”

“Don’t have to be.” I grumbled

“Dude we need to get going or the buses will leave without us.”

“Not until you say what’s wrong.” I groaned and walked around him,

“I’m serious! I may not know you well but you seriously need to talk about it!” He said cutting me off again,

Now with his arms Outstretched so I couldn’t go around him again.

“I don’t need to tell you shit! Maybe some people just WANT to deal with it on their own, ever think about that?!”

I was seriously pissed off, this guy, who I barely knew, wanted to try and DEMAND answers from me? No way, he can earn that.

“Come on man, be cool about this. I really just want to help.”

“I don’t want your fucking help! I want some damn peace and quiet on my own!” I stormed off after that, barely managing to make it onto the bus before the driver left.

“Anybody else coming?” The driver asked, I sat down in the empty front seat and glared out the window.