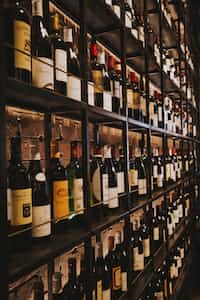 We’re back to the Greeks!

So I talked about Apollo, either Bi or Pan (let me know what you think) and Artemis, Asexual and possibly lesbian

However, there were several more gods/Goddeses that had relations with the same sex

One of them would be the party boy himself, Dionysus!

He was the God of Wine and Parties, most popularly.

He was also known for being the god of pleasure, though the amount of his lovers pales in comparison to the others

However, there was a story about one of these lovers

This man went by the name of Prosymnos

He promised to tell Dionysus how to get to the underworld, though for a price

Dionysus would be his lover when they met again

The God agreed, thus bringing his mother back

However when he came back to Fulfill his promise, Prosymnos was dead

And “fulfilled” his promise upon the grave