Commaful
The Boy Who Spoke Mosquito 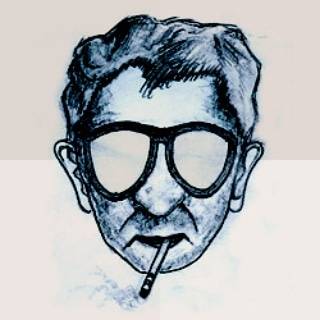 The Boy Who Spoke Mosquito

Once in third grade they held Duey Pepper's head inside a terrarium for seven minutes while Mr Winters went out for a cigarette.

The yellow snake hissed and slithered and looped itself around Duey's neck as everyone sat silent and watched.

When Mr Winters came back Linda Martins put up her hand and answered a question about the geography of the United States. Duey didn't put up his hand. Duey never put up his hand.

Duey never talked except to Oliver, though no one ever heard them. Oliver was Duey's only friend. By fourth grade they started on Oliver, too. I saw it.

Pushing and slapping him in a circle, asking him, "What's Duey sound like, I bet he says he loves you, does he talk like a faggot?"

Duey didn't have parents. He had grandparents. They were from somewhere else and didn't speak English.

In the spring they planted rows of tomatoes and gave Duey sandwiches with horseradish that smelled across the cafeteria.

Once in fifth grade the other kids held Duey down on a long plastic table and pressed the horseradish into his face. He didn't say a word. He just took it.

His eyes got real red but he didn't rub them, and he didn't cry. One of the teachers saw. In the teachers' lounge she said "boys will be boys," and drank coffee.

Duey's grandparents didn't complain to the school board. They didn't speak English. And Duey didn't have parents.

Before that fall, no one ever took Duey Pepper's picture. It wasn't like it is now, with all the news people around, pointing their black lenses and eating city lunches.

Sometimes at recess the bolder ones climb fences and set off flashes while the kids play footy on the cement. Goal after goal and all they probably hope for is that it happens again.

Those pale bloodless young bodies. Duey doesn't play footy. Sometimes they put his picture in the paper all the same, with no story or caption. Just a boy's picture. A boy by himself, standing.

A boy just like any other boy except for the stitches across his mouth.

But just watch as Duey gets too close and they scatter like frightened seagulls. Everyone's afraid of Duey now. Not everyone scatters.

He'd write to Duey in a secret notebook and Duey would write back and they would stand beside each other at recess while the other kids played footy.

In the newspaper they wrote under one of the pictures that Duey can't smile because of the stitches, but that's not true. Duey can smile if he wants to.

If Oliver was still alive, Duey would want to smile sometimes. If he read something nice or funny in the notebook.

In the newspaper they also wrote that Duey's grandparents aren't there anymore and that Duey lives alone. That's a lie, too. The tomato plants are still planted in the spring.

Everyone knows Duey's too young to plant tomatoes.

During the trial when Duey spoke they left a camera in the room and no one else because they were so scared. The judge and the lawyers and the jury and the rest of them.

It was just one boy and a camera. They say you can't see anything on the recording, just a black cloud, but I don't know if that's true. You can hear Duey talk.

They played part of it on the television. He must have taken off his stiches. It was Duey's decision to put the stitches in, most people don't realize that. He did it himself.

But he carries a knife, too. A little pocket knife that's just sharp enough to cut through the thread. He must have had it at the trial when they left him alone with the camera.

He must have cut through and spoke.

Duey talked about how the boys took him to the bathroom, about how they punched him and held him down and called him names. Duey's voice stopped sometimes.

He said the blood tasted like horseradish. He said there were five but he didn't say their names. Donny Nelson and Augustino were there for sure. I saw through the window.

Nobody knows, but I saw them hit Duey. I saw Duey hit them back. The blood looked like tomato juice and Duey said it tasted like horseradish. It was on his eye and around his lips.

Donny Nelson hit him hard and they all said bad things. Duey fell and he didn't move anymore.

But Donny Nelson said bad things and Augustino was bleeding, too, and he grabbed Duey by the sweater and dragged him into one of the stalls. Donny Nelson kicked Duey in the head.

Augustino spit blood. Then they picked Duey up by the hair and they hit his face against the toilet. It was loud and Duey's teeth were all on the floor. Duey was bleeding. Duey wasn't moving.

Augustino was laughing and they left Duey there.

The window was open and I flew in when it was quiet. I landed on Duey's soft brown hair. I walked across Duey's forehead and down his twitching eyelids.

Blood was dripping from his nose but I didn't try any. The breath from his nostrils pushed against my wings. His lips were moving and inside all the teeth were broken.

There was a lot of blood in his mouth. It was open. I flew in and sat on his tongue. I pricked the flesh and took a drink. The blood tasted good, the tongue was warm.

I called the others and they came. So many came in through the window like the darkest fog until the room was night. All were swarming and settling around Duey's face.

On the tongue, inside the ears, behind the eyes, up the nostrils and flying under the skull, around the brain.

Through the throat to the lungs and swimming down arteries to the very beating heart. Buzzing, we feasted. Fed, we stayed.

"You shouldn't have done it to Oliver," Duey said on the tape. Everyone was watching on television. They'd hanged Oliver on a coat hook. This was before.

Donny Nelson and Augustino and the other boys. It was an accident, the school board said, but Oliver couldn't breathe and he flailed his legs until he suffocated.

It was an accident, the school board said and Oliver's mom cried loudest at the funeral.

His teeth were fixed but all the new parts were a different colour and they looked jagged like a shark.

Once in seventh grade Duey Pepper put up his hand. It was afternoon and Mr Winters was talking about the capitals of Asia. Linda Martins was there and Donny Nelson and Augustino and the others.

Duey Pepper put up his hand, Mr Winters asked, "Yes?" but when Duey opened his mouth instead of the sound of any word it was we that came out.

A trickle into a string, into a neverending black buzzing ribbon that wound itself around every tender neck until not one more gasp was heard.

Suffocation and punctuation and frozen terror in their eyes.

Outside, the first graders played on the grass. Across the hall, the fourth graders learned the basics of civil responsibility.

and we filled throats and eyes and sucked out seventh grade blood until not a drop was left. Fattened, we returned to our host.

When the bell rang, the classroom door stayed shut. Minutes passed. Duey sat in his seat. Someone finally knocked. Finally, a teacher opened the door. And she saw. Then they all saw.

Those pale bloodless young bodies. And Duey, in the back row, alive and innocent, with a closed, quivering, peaceful mouth: smiling.

Now the news people are always around. Every day they eat lunches and wait, climbing fences and setting off flashes at footy games.

Sometimes they take pictures of the boy standing alone with stitches across his mouth. The vampire boy, the butcher boy, the bloodletter.

Duey has no friends and doesn't smile, but no one teases him anymore and nobody says bad things. At lunch, he eats sandwiches with horseradish that smell across the cafeteria.

He never puts up his hand and he never talks.

When he gets too close, the news people scatter like seagulls.