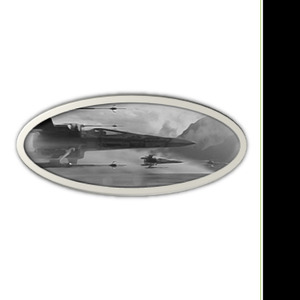 Many standard years were gone since Nomi Darklighter and her family secluded themselves to Dagobah.

There were years of peace and solitude, only interrupted through occasional visits of their four children.

Despite their doubts on Luke Skywalker's ability to train Jedi, Dash and Nomi had agreed when he offered them to show their Force sensitive offspring the ways of the Force.

Nomi sat sometimes in the little cabin, while the rain pelted down and asked herself, where the time has gone.

Yes, it was peaceful in their self-imposed exile, but it was a deceptive calm.

Nomi was in the kitchen in order to prepare supper for herself and Dash, when the roar of X-wing engines the swamp's common background noise interrupted.

Dash stuck his head in the kitchen door. "Are you expecting a visitor, Darling?" Nomi knitted her brow, whilst she deliberated. "No, Dash," she answered after a moment's hesitation. Dash nodded.

"Me not either." He drew his blaster. "I should take a look. Stay back."

After a few moments later Dash came back. In his company was someone clad in a long, gray hooded cloak. When his companion slowly doffed his hood, Nomi couldn't suppress a gasp.

It was Luke Skywalker... but how did he look? His expression was like he were bearing the burden of the whole universe on his shoulders. It seems as he was prematurely aged.

He must has damped his presence in the Force, it was the only explanation why Nomi hadn't felt her old childhood friend.

Luke settled slowly down on a stool near the stove. He breathed hard and it seemed that he must collect himself.

Nomi looked at him and asked: "Why are you here and not at the academy?" Luke sighed and then he answered. "Nomi, Dash, I'm so sorry...

" Dash interrupted him: "Why are you sorry, Luke?" Luke sighed again. "The academy doesn't exist any longer. All went so terribly wrong. Ben, one of my pupils, has betrayed us.

" Nomi interrupted him. "I hope you don't speak about Leia's and Han's son." Luke nodded slowly his head and it was to be seen, that it was hard for him to continue speaking.

"He was always rebellious and tended to throw a tantrum. But I thought it was because he's Han's son. You know that Han disapprove of the Force and the Jedi. For him all was mumbo-jumbo.

I thought that he has too much influence on his son. And perhaps that Ben has inherited too much of his grandfather. It was growing worse and one day Ben was vanished.

I wasn't worried since he vanished occasional for a few standard days.

But this time his absence prolonged, Nomi. And then he came back and he wasn't alone. We were no match for the invading forces. The academy was destroyed completely.

The new Jedi order - is extinct."

During his report Luke had looked to the ground, but when there wasn't any reaction of his audience, he looked up. He glanced in Nomi's horrified and Dash's angry face.

His voice was thick with emotion when he continued: "There were many casualties..." Dash interrupted him. "What about our children, Luke?" Luke shook his head. "I don't know.

We were unable to identify the dead. The heat of the fire was so intense, all were burned beyond recognition." Dash cast a worried glance at his wife.

He has bided to see her in tears, but Nomi was totally calm. 'Probably the shock, to have lost all four children at once,' he thought. Gently he put his arm around her, but she shook him off.

She looked him straight in the eyes. "Our children aren't dead, Dash. I would have felt it in the Force..."