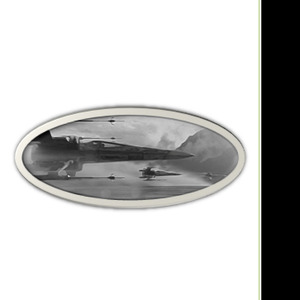 Snap Wexley had returned from his reconnaissance flight and brought the data immediately to the High Command of the Resistance.

A little later, all the pilots and officers of the Resistance gathered in the command center.

Snap had actually found the Starkiller Base. What they saw now was worse than Nomi and Dash had expected. A whole planet had been made from the First Order into a super weapon.

The Starkiller Base was gigantic.

Compared to it, the two Death Stars of the Empire had been dwarfs.

Nomi listened intently when Admiral Statura spoke of the construction of the battle station and its mode of action.

Han Solo then took the whole thing in a nutshell: "That thing's got to have somewhere a weak point."

Finn pointed to a point in the schematic hologram of the base. To attack this weak point, the shield around the Starkiller Base had to be deactivated.

Han said he would do this together with Finn and Chewbacca. After the deactivation of the shield the fighters would attack.

After the briefing, Nomi saw Han and Leia talking to each other. They both looked sad.

A little later, all pilots ran to their fighters. Nomi saw Han and Leia say good-bye to each other. It wouldn't be easy to land the Millennium Falcon unnoticed on the planet.

But Nomi was confident that Han would make it.

She climbed into her fighter and was greeted by Fuzzy with a veritable flood of beeping sounds.

After the Jedi had read the translation on the display, she answered: "Yes, we're flying into combat again, Fuzzy."

Via com she heard the excited chatter of the other pilots. It was like every time before each battle, and each time she wondered if she would hear all the voices again after the battle.

Nomi shook her head. She was sure that not all would survive. Her greatest fear, however, was to lose her husband or one of her children.

At Poe Dameron's command, they ascend in D'Qar's orbit to gather at the jump point. A few minutes later they all jumped into hyperspace.