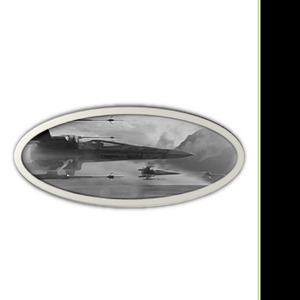 The X-wings of the Resistance returned to real space near Kuat. They slowly approached the planet, which was famous for its shipyards.

Dameron looked at his display on which ran data in an ongoing stream. Nomi heard Poe's voice over the com: "Here Black Leader. So far I can't see anything. Maybe Snap was wrong.

Wait, there's actually something. On 0.35 - TIEs! S-foils in attack position! Stay sharp! Fire at will. We'll get company soon!

Dameron directed his X-Wing at maximum speed to the enemy and fired. The first TIE burst under the commander's laser shelling.

The Jedi heard Dash's voice: "Splendid shot, Black Leader." At the same time, she saw how Dash turned his X-wing to escape the shelling by a TIE which was behind him.

He then raced straight for the enemy fighter, pounding the TIE with the fire of his laser cannons. A brief blaze and only debris of the TIE drifted through the orbit.

Nomi breathed a sigh of relief. Even before she saw the signal on the display, she felt danger.

Instinctively, she jerked her fighter and made a looping. The laser beams of the TIE missed her fighter only by a whisker. That was close.

The targeting computer gave a short signal and the Jedi pushed the fire button. Another TIE was destroyed.

She heard Jess Pava's voice: "How many more are coming, Leader?"

Nomi saw how Jess was firing on a TIE, which was spinning with destroyed wings shortly thereafter.

Dash put his fighter in front of the X-wing of Red Squadron which was in distress.

At the same moment Red 8 dipped his fighter down, Dash fired on the TIE which was flying behind it and ruptured the TIE's cockpit.

"You're welcome, Red 8. I can't allow that they vaporize my daughter's boyfriend."

Nomi was glad that Dash had practiced this maneuver with the pilots. She allowed herself a brief smile, to then fully concentrate on the ongoing combat.

She reached out with the Force and felt the minds of the enemy pilots. The Jedi felt that some of them begun to panic. That was good, because who panicked, tended to make mistakes.

Deadly mistakes. Probably these pilots were still inexperienced and in their first combat.

So far, the Resistance hadn't lost any fighter. Nomi fervently hoped that it would stay that way.

During the simulator training, she had become acquainted with her pilot comrades and get to appreciate each one of them.

Suddenly she heard Snap's voice: "Blue 3, you've a TIE behind you."

A brief blaze and the TIE trundled helplessly in orbit.

Finally, there were only two TIEs left, which veered and were heading at maximum speed towards the planet, when Nomi again heard the voice of Dameron over com.

"Here Black Leader. Let those two go. They should be able to report to the First Order that the Resistance is vigilant as far as their activities are concerned.

I just wonder what they wanted here. As soon as you leave the planet's gravitational shadow, jump into hyperspace. Let's go home!"

Gradually, the fighters of the Resistance jumped into hyperspace and the orbit of Kuat was as calm as ever.

Only the drifting debris of destroyed TIEs testified that there had been a battle a few standard minutes before.