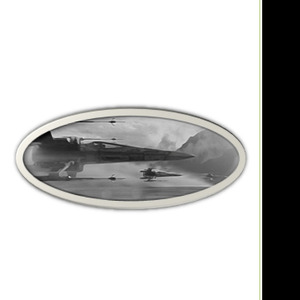 Two standard days later Nomi and Dash were called to Admiral Ackbar. The old Admiral approached them as soon when they had entered the command center.

He left the command center, followed by the Jedi and her husband, and went to a small barrack, a few meters away. When he opened the door, they saw four simulators.

Admiral Ackbar pointed to the devices and said: "As I know, you are familiar with simulators. I would therefore ask you to monitor the training of our pilots.

At least until Commander Dameron returns from his mission to Jakku. This should be the case in three standard days."

Dash nodded. "As you wish, Admiral."

Ackbar turned to leave. "I'll send you the first pilots for training."

Nomi laughed when the old Mon Calamari had left them and looked at her husband.

"Didn't you say that you can monitor the simulator training of the Resistance? Well, you can do that extensively now." She stood on tiptoe and gave her husband a kiss.

Suddenly they heard someone clearing the throat and Jess Pava stood before them.

"I'm reluctant to disturb you, but Admiral Ackbar has ordered me to take part in the simulator training."

"Well, if everyone is here now, we can start training," Dash said.

The pilots climbed into the simulators and as soon as they sat, Dash activated the program.

When Jess Pava saw the title of the simulation, she could not resist a sarcastic remark: "Are we practicing now for future battles or do we have a history lesson?

I adore the pilots of the Galactic Civil War, but I don't have to repeat their battles in the simulator."

Dash responded: "Even from the past you can learn, Jess. The Battle of Endor shows faults and weaknesses of the opponent, but also our own. I'm curious if you'd all survived the battle."

Tarik laughed his twittering laugh, because he had fought in this battle.

The simulator program ran and Dash could hear over the com the pilots cursing.

"Damn, there are too many of them!"

Only Tarik's voice wasn't heard. With calm, he completed his training.

Finally, the program ended and the pilots left the simulators.

Dash couldn't suppress a grin when he saw the sweaty faces. He looked at his computer display. "Hem, well, how shall I put it - at a real battle Jess would be dead now.

Snap, Corran and Tarik have shown excellent performances despite a few minor problems. But I think you can do better. We meet tomorrow at the same time."

When the pilots had left, Nomi looked at her husband. "Weren't you a little too strict with the young woman?"

Dash shook his head. "She is good, even very good. But she took the simulation too lightly. I have to break her of this habit, Nomi. Whoever is sloppy here, could be also sloppy in combat.

That might her and her comrades, who rely on her, cost their lives."

Every day the pilots of the two base squadrons came to the simulator training. And as time went on, they were getting better and better.

Even Jess Pava now took the training seriously, although more often historical battles have been programmed. Dash and Nomi were very pleased with their comrades.

Dash looked at his wife when the last pilots of the day had left the barrack. "Shouldn't Poe return from his mission today?"

The Jedi nodded. "Yes, if I remember right, Admiral Ackbar mentioned it when he asked us to take over the simulator training."

The former mercenary went to the barrack door after he switched off the simulators. "I just hope that nothing happened to the kid. It would be a pity."