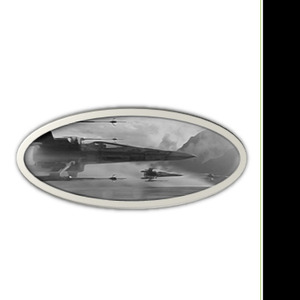 In the evening, the Jedi and her husband were talking about Jaden Katarn, their daughter's boyfriend. Dash shook his head.

"I don't know if that's good when our daughter is with this pilot, Nomi. What if he will be killed in action? I can see how Corran suffers from the loss of his first great love.

I want to spare our daughter this."

His wife looked at him thoughtfully. "Did we ask for it when we came together?"

"This was something completely different. You were at that time a smuggler and no pilot of the Alliance, sweetheart."

The Jedi smiled as she thought about how she had met her husband. It didn't take long, and she was fatally attracted to the self-confident Corellian.

At the same time, however, she remembered how she had suffered when she thought he had died by the destruction of Prince Xizor's sky hook. At that time, she was pregnant with the triplets.

She was brought out of her thoughts when there was a knock at the barrack door. Dash stood up and opened the door, standing in front of Leia.

He let the general in and said: "I'll go to our boys. You certainly have a lot to tell each other and I think I would only hamper you."

As soon as he had said that, he had already stepped out of the door and made his way to the crew barrack of the male pilots.

Nomi went to meet her friend and hugged her. "I am pleased that we finally meet again in person, Leia. Please take a seat."

The Jedi pointed to one of the folding chairs and the general took a seat. Leia seemed extremely tensed up.

Nomi took a pot of blum fruit tea from the small kitchen and filled two cups. The leader of the Resistance accepted the hot drink grateful.

Nomi sat down beside her and looked at her questioningly. Her friend sighed. " I don't know where to start, Nomi. It's all so...

" She faltered and looked at a point, which seemed light-years away. "Luke is so long away. After the catastrophe he just disappeared and no one knows where to."

Nomi took her friends hand. "You mean the betrayal by Ben, isn't that so?"

Leia nodded and tears ran down her cheeks. "We should have noticed what is going on in our son, Nomi. Han isn't able to cope with the whole thing and avoids me. I would need him so much now.

I still love him, despite the problems we have. Snoke is to blame for everything. He has seduced Ben to the dark side. If only I could find Luke."

Nomi glanced the general in the tear-stained eyes. "Luke was with us on Dagobah. Shortly after the attack on the academy by Kylo Ren and his henchmen.

He disappeared early in the morning, but he gave Dash something. An ancient data store, which we should bring to a certain Lor San Tekka on Jakku.

Perhaps this data store contains a reference to Luke's whereabouts."

Leia looked at Nomi full of hope. "I know Lor San Tekka and I know how to get in touch with him." She jumped up and hugged the Jedi. "You've given me hope.

If the data store actually contains a map, I will send Commander Dameron to Jakku."