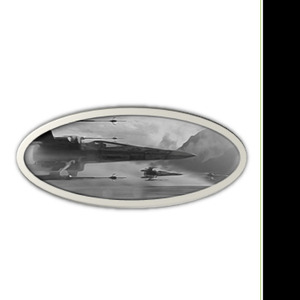 In the evening came Biggs and Dash Jr. to the barrack of their parents to go together with their mother to the clearing for practicing. They had hidden their lightsabers as ever.

They were about to leave as it knocked at the door. Nomi opened the door and faced her youngest son.

Dash had told her about the conversation with Corran, but she had not believed that her son would come to training.

"I'm sorry, Mama. Father has opened my eyes. I would like to train with you if you don't mind"

Nomi smiled and embraced her son. "Why should I mind? I am glad that you do not reject the gift that the Force has given you, Corran. But now let's go."

A few minutes later, they had reached the clearing and all four of them took out their lightsabers, which had previously been hidden in rucksacks or satchels, and activated them.

Corran had the most unusual of all. A double bladed lightsaber with two yellow blades, which could also be quickly converted into two individual lightsabers.

The clearing was aflame with the varicolored light of the blades, when the four Jedi began their practices.

Concentrated they went through the various stages of lightsaber combat, before they practice with the training remote.

The Force flowed between them, and Nomi felt that Corran had finally found his peace.

She leaned with still activated lightsaber to a tree and admired the elegant yet powerful movements of their sons who fought with closed eyes. Every cut, every thrust came precisely.

They had learned a lot from Luke.

Suddenly, she was startled from her absorption as a shadow fell on her face.

"Why have you lied to me, when I asked you about the glow at the clearing, Nomi?"

Startled, the Jedi looked at Poe Dameron's face that was green illuminated because of her lightsaber.

Nomi nodded and responded: "Not only me and our sons, Tasherit is also a Jedi, Poe."

Dameron wrinkled his forehead. "Why didn't you tell me? Do you have so little faith in me?"

Nomi shook her head and deactivated her lightsaber. Now she and Dameron stood in the twilight of the forest which was only illuminated by the glow of the lightsabers of the three young Jedi.

Poe turned and watched the young men, whom he only knew as X-wing pilots, while they were practicing with their lightsabers.

"I've never thought that I'll see this someday with my own eyes.

My mother told me about the Jedi and also that she, together with Luke Skywalker, once saved two Force tree seedlings from an Imperial research facility on Vetine.

Master Skywalker gave her one of these seedlings. My parents planted it near our house on Yavin 4 and he grew fast to a majestic tree.

When I was a child, I've played in its shadow, Nomi. You see, I am not declining the Jedi and the Force."

Except of you, are Ambassador Tarik, General Organa, Admiral Ackbar and Nien Nunb the only persons who know that we're Jedi. And it should stay that way."

She looked up at Dameron, who nodded thoughtfully. "I'll never tell anyone, Nomi. I promise."

Meanwhile the triplets had finished their practices and saw astonished Poe Dameron standing on the clearing aside their mother. They deactivated their lightsabers and came nearer.

Poe laughed: "Now I know, why the Rendar siblings are so damn good pilots."

Dameron raised skeptically the eyebrows. "We should go in our quarters. Nomi, please be a little more careful when you are training. Do you promise me that?"