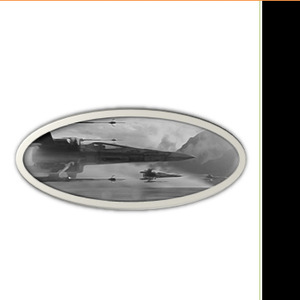 The next day, Nomi, Dash, and Snap were sitting in the galley at lunch when Poe Dameron stepped to her table. Without being asked to do so, he sat down on one of the unoccupied chairs.

Dash looked up from his plate. "What is it, Poe?"

Dameron leaned over the table and said, with a low voice, "I need your help. Ambassador Tarik has managed to get a replacement for the lost X-wings.

I don't know how he managed it in such a short time. In two standard weeks we are supposed to meet the space freighter which transports the fighters to Endor and then escort it hither."

Nomi also leaned over the table and asked, "And why are you making such a secret, Poe?"

Dameron grinned broadly. "Because I'm a damn cautious man. Can I count on you?"

The three pilots nodded. "Well, I've expected nothing else from you. See you in three standard days to discuss the mission. "

At these words he rose and went to the door, which was just opened by Biggs Rendar. The young pilot pushed past Dameron and went to the table, where his parents sat together with Snap.

He dropped into the chair Poe had just left. Wexley took his plate and stood up.

"If your son is in such a hurry, then he has something on his heart that does not concern me. We'll see each other later during the field exercise."

When Snap had sat down at another table, Nomi and Dash looked at her son questioningly.

Biggs bit his lower lip, which was always a sign of tension. Then he looked around and said, "Um, I think this isn't the right place to talk to you."

Meanwhile his parents had emptied their plates. "If you want, we can go to our quarters." Biggs nodded.

In the small barrack, Biggs sat down on one of the folding chairs at the table. His parents also sat down and waited for what their son would have to say.

Again he bit his lower lip, then began to speak hesitant. "Please, don't tell Corran that I told you this. But I can no longer bear how he hurts you, Mama.

He has changed since the attack on the academy. He used to be calm and balanced, but now he is so full of anger, also towards you. I can feel it.

I don't know how to help him to forget everything." He sighed.

"You know, there was a girl..." He stopped and tears ran down his cheeks. "Sheila was Corran's great love, we found her dead in the hangar. Corran's cry of despair still sounds in my ears.

I felt such anger and such a strong hatred in him when he forced together with me his way to the escape route with his double bladed lightsaber. These feelings haven't left him ever since.

I am afraid for my brother. When I ask him to meditate, to become calmer, he doesn't listen to me at all.

He doesn't want to use the Force anymore, because it has taken everything that was important to him. I'd like to help Corran, but I don't know how."

He wiped the tears from his face and looked at his parents hopefully.

Nomi shook her head. "We can't help him if he must not know that you've told us what happened."

Biggs looked down at the floor and muttered, "He would never forgive me that." Dash had been listening all the time without saying anything.

His wife could see that he was profoundly touched by what he had heard. He cleared his throat, and Nomi suspected what he was about to say.

His youngest son had now met the same fate as had befallen him so many years ago.

"I'm no Jedi, Biggs, but only your father, but I think I can help. Do you know where I can find your brother?" Biggs nodded. "You'll find him at his X-wing, he wanted to recalibrate the controls.

His father stood up and went to the door. "Wish me luck, because I'm afraid the dialog won't be easy."

As Dash arrived at the landing pad of the base, he heard loud cursing of a voice that was all too familiar. Corran sat in his X-wing and beat furiously against the control stick.

Dash sighed as he saw his son that way. The timing of a conversation with him could not be less favorably.

But he had no choice when he wanted to help his child.

"Problems with the controls, Corran?"

His son looked up from his work. "Looks like this, father, it's no use, I just can't get it." He jumped out of the fighter and landed a few centimeters beside his father on the ground.

Dash remembered how Corran had always looked up at him when he was a child, now they were on eye level. He saw the anger in his son's eyes.

"You're not only because of the controls angry, am I right?" Corran shook his head.

"I've been watching you for a long time, my son, you are no longer laughing, and because of the least trifle you lose control. You begrudge your mother not a good word.

What is wrong with you? Do you have so little confidence in me that you don't entrust yourself? Your mother is afraid that you'll give in to the dark side."

The young Jedi laughed briefly and joyless. "The dark side... I'll never give in to the dark side, father."

His father looked into his eyes and Corran lowered his gaze. "Tell me what's going on with you, what changed you, Corran?"

Corran looked up and tears glittered in his eyes. "I am torn apart, father. These pictures, I just can't get them out of my head. Sheila... Kylo Ren and his henchmen killed her.

She did not do anything to anyone. Biggs and I had found her dead in the academy hangar." He sobbed. "She was my great love, father!"

Gently, Dash took his son in his arms. "I know what you're feeling now, Corran. I also have many years ago, before I met your mother, lost my first love.

I have never spoken to you about this sad story. Only your mother knows about it. Her name was Tasherit, after her I've named your sister. We were engaged and she was expecting our child.

One day stormtroopers came to our house in search of rebels when I was not there. They had simply shot Tasherit and then set fire to the house.

I was just as desperate as you are now. For me, life had lost all meaning and I was full of hatred. But then I met your mother.

She gave me the enjoyment of life back, even if I initially refused to accept my feelings for her."

Dash paused before he kept on talking. "Your Sheila was a Jedi, Corran, honor what she was and keep track of the path she had walked to and that she was unable to finish."

Corran pulled away from the embrace of his father and looked him in the eyes, in which he recognized traces of grief over the loss Tasherits. He nodded.

"Yes, father, you're right, Sheila would not have wanted me to give up everything and that there is only hatred and anger in me. I'm a Jedi and I'll remain a Jedi until my last breath, father."

Dash nodded his head. "I think you would give your mother a great pleasure if you come this evening at the clearing for practice."