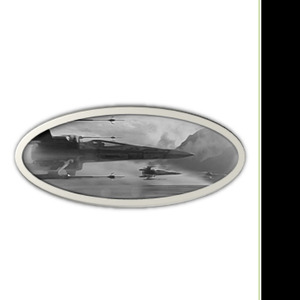 Two standard days later came Snap Wexley to Nomi and asked her, if she could support him on a recon mission.

"One of our contacts has reported unusual activities. I guess, that the First Order, contrary to the Galactic Agreement, is concentrating troops at Rakata Prime.

When I'm collecting the data I need someone who covers my back. For this I need an experienced pilot, who has already carried out such missions. And I thought of you, Nomi."

The Jedi agreed, and now the two X-wings floated at a safe distance, on the shadow side of the planet, watching the orbit. Wexley checked repeatedly his sensors.

Even without sensors Nomi saw why Snap had stopped in the middle of the sentence. A few clicks away dropped a First Order Star Destroyer out of hyperspace.

Wexley swore. "Damn, when they detect us we're done. Nomi, prepare for combat. I must collect as many data as possible.

Perhaps the New Republic will finally believe that the First Order is dangerous."

The Jedi activated the deflector shields and waited.

"Only a few minutes, then I have the data."

Suddenly, on the flank of the Star Destroyer, Nomi saw tiny, moving points.

"Snap, they send TIEs! Fuzzy, full power on the shields. We have visitors!"

Wexley bit his lips. This wasn't the recon mission he had expected. He only hoped that those data would wake the New Republic from their apathy and self-satisfaction.

But first they had to escape.

The first TIE came in firing range and was about to fire on Snap's X-wing. Nomi yanked her X-wing around and fired on the attacker.

Green laser beams hit the enemy fighter and tore the right wing apart. The TIE tumbled into the depth of space.

At the same moment she dove under the attacker and emerged behind him. She fired and the TIE exploded in a fireball. The Jedi saw that the Star Destroyer altered its course in their direction.

"Damn, they're trying to bring us in tractor beam range!"

Relieved she heard Snap's voice: "Ok, Nomi, let's go as fast as possible! I've got what we need!"

At the very moment his fighter was hit. The laser beams licked over the X-Wing's outer shell, but the shields held. The scout looked worried at the display. Another hit and he would be dead.

He felt sweat trickling his forehead. "I enter the jump coordinates. Keep these fighters from our necks until we can make the jump!"

At the same time, she fired on the next TIE, which had targeted her. But he dodged and emerged behind her. Nomi let her fighter dance, but the TIE pilot kept pace with every movement.

Suddenly blazing light lit up her cockpit and she heard Wexley's triumph cry.

"That's it, Nomi. Let's get out of here before they send more TIEs."

In unison, the two X-wings jumped into hyperspace to bring the collected data to the Resistance headquarters.