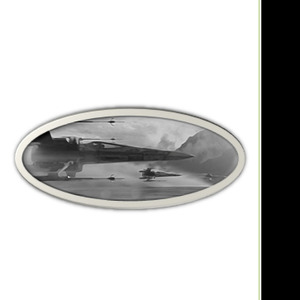 The next day at 0900 Nomi and Dash entered the galley to meet the pilots with whom they will fly in combat.

Poe Dameron was right, this weren't children, but human and non-human, who knew for sure why they've joined the Resistance. Suddenly Nomi detected a familiar face.

"Nien Nunb? What are you doing here?"

The Sullustan laughed and answered in broken Basic: "Well, I think I do the same as you. You've already sent your children and they aren't bad pilots." He winked at Nomi.

"C'mon, I'll introduce you to Snap Wexley. He's the best recon pilot the Resistance has." He drew Nomi and Dash to a pilot, who was about to go to a table with a glass in his hand.

"Snap, may I introduce my friends? These are Nomi Darklighter and Dash Rendar."

Wexley shook their hands. "Temmin Wexley. My father Brentin Lore Wexley was Y-wing pilot at the Battle of Endor. I've heard that you've flown in the assault too, Commander."

Nomi nodded and said: "Let's drop the formalities. I'm Nomi for you, at last we're comrades."

Wexley laughed. "Then you must call me Snap, Nomi. The same applies to you, Major Rendar."

Wexley grinned broadly. "Can I invite you to a Corellian ale?"

Wexley slapped him on the back. "Hey, Poe, since when are you so formal? Has the High Command cut off your wings or what's the matter with you?"

Dameron shook his head. "You know that they let me get away with nearly everything, Snap. No, those two are counted among the heroes of the Alliance, from whom my parents told me a lot.

I must treat them with respect."

Dash laughed. "No offense meant, Commander, we won't be pedestalled."

"If so, Dash, we should drink a toast to our comradeship. The drinks are on me."

Shortly afterwards they sat together at a table and drunk Corellian Ale, while Nomi and Dash told them about their combat missions during the Galactic Civil War.

In the course of this the Jedi avoided to mention that she was over some missions only with the Force.

Little by little the table grew, until nearly all pilots of the two squadrons either standing or sitting were assembled around the table.

They all wanted to hear what those Civil War veterans have to tell. Dash reported just about the evacuation of the base on Hoth, when Dash Jr. approached the table.

He bend down to his mother and whispered something in her ear.

Nomi stood up and followed her son up to the door.

Dash Jr. flinched shortly, but he stopped himself to pass a remark, that he doesn't want to be called Junior. His mother and his father were the only ones where he tolerated this.

"I want to practice with the lightsaber, Mama." He pointed at his bionic arm. "I don't know if I can still wield a Jedi's weapon since I have this. And I'm afraid to use the Force.

Help me, Mama." He was tearful when he looked pleading at his mother.

"I will help you, Dash. Come tomorrow at the evening in our quarters and bring your lightsaber with you."