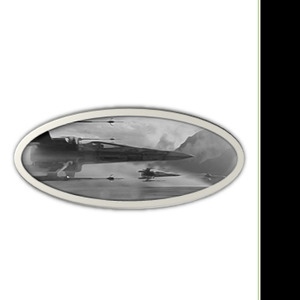 The lieutenant pointed at a little barrack. "Commander Dameron is in there and waiting for you." When Nomi and Dash entered the barrack Poe Dameron approached them with a smile.

"Welcome at D'Qar, Commander Darklighter, Major Rendar. I hope you had a pleasant journey?" Nomi shook her head. "I wouldn't call it pleasant, Commander Dameron.

We bumped in a First Order Star Destroyer at Malastare. We had our hands full with the TIEs when they've detected us.

We've managed with pain and misery to defend us and to make the jump to hyperspace. Our shields wouldn't have withstand the fire any longer."

I must inform the general about this when she comes back. Please take a seat."

He pointed at three folding chairs situated in the middle of the room, seated himself and stretched out his legs. In this moment a BB-8 unit rolled in.

It headed for Dameron and bleeped a quick sound sequence. "Yes, BB-8 I haven't forgotten about this." Another bleep. "No, this time no concussion missiles. And now shove off, my friend.

" Dameron turned again to his guests. "Sorry for the interruption."

Nomi glanced around the room. It was quite untidy. On a cot lay Dameron's pilot's helmet, his gloves beside it a torn open rations pack and his blaster.

His vest hung from a peg on the wall and the leather jacket he wore during their first encounter on Corellia lay simply on the ground.

Dameron interrupted her observation, when he continued to speak: "Oh yeah, the First Order TIEs. I would have put you on your guard. But I couldn't know that you'll come upon them.

These aren't the TIEs you shoot down by the dozen during the Civil War. Those fighters are more maneuverable, heavily armed and above all things they have shields.

The First Order isn't wasting their human recourses like the Empire in your days, Commander Darklighter."

Ouch, this hurt. Nomi felt all the sudden old as dirt. She was pretty sure that she and Dash were exactly this in the young, confident commander's eyes.

"Therefore the General is delighted that we due to Ambassador Tarik and his men got some of the newest T-70 X-wings.

So far we were able to equip two squadrons with it and I hope that there will be more to come.

You'll see, Commander Darklighter, Major Rendar, those fighters have more firepower, they are faster and more maneuverable than the T-65 you've flown during the Civil War.

He listed excited the differences between the new X-wings and the old ones: "The four 5L5 fusial thrust engines and the accurate calibrated retro thrusters are crucial minimized and

the laser cannons at the wing tips could be fired either in single, double or quadruple mode.

Furthermore you have the option to shift the 8 proton torpedoes with concussion missiles or mag-pulse warheads.

In short, the new ones are able to do much more damage to the enemy than the old ones." He leaned back and looked expectantly at the Jedi and her husband.

"Do you have the courage to fly these fighters?"

Dash nodded. "I can fly anything, Commander Dameron."

Poe chuckled. "We'll see, Major Rendar, we'll see. And what about you, Commander Darklighter?" Nomi nodded too. "It would be a changeover but it's manageable."

Dameron stood up. "That's good to hear. You will fly with your sons in Blue Squadron. Report to Jess Pava she'll show you your quarters."

As it turned out, Jess Pava was a young, attractive pilot of Blue Squadron. 'Damn, why are all of them so very young?', Nomi thought.

She had expected to meet many comrades from the times of the Civil War at the Resistance. Those children were far too young to fight and to die.

Then she remembered, that she wasn't older when she joined the Alliance and she smiled wistful. For her own children she had wished a better future in peace and freedom.

And now they've decided to fight too so that a tyranny like the Empire never gain a foothold again on the galaxy.

After a few strides they've reached a little barrack, which was identically constructed like Poe Dameron's. Jess Pava opened the door. "Here you are, Commander Darklighter, Major Rendar.

Usually all pilots are lodged in communal accommodations, except Commander Dameron. But the commander thought that you as a couple are entitled to claim a little bit privacy. I leave you now.

" With it she turned to go. "And another thing, it would be better you hit the pillow early. I'm sure the commander wants to make you familiar with the fighters tomorrow."

Nomi glanced around the barrack, which was sparsely furnished like Dameron's. Two cots, a small table, four folding chairs and a small locker, where two X-wing pilot gears hung.

A door lead to a small, narrow refresher. The Jedi, who was used to far worse accommodations sat down on one of the cots, while her husband tried the lager coverall on. "Fits perfectly.

Seemingly they've took measurements by one of our sons. I can't believe it, I'll fly an X-wing again." He launched himself full of verve on the second cot. His wife laughed.

The chance to fly a fighter took years off him. He looked happy since not in a long time.