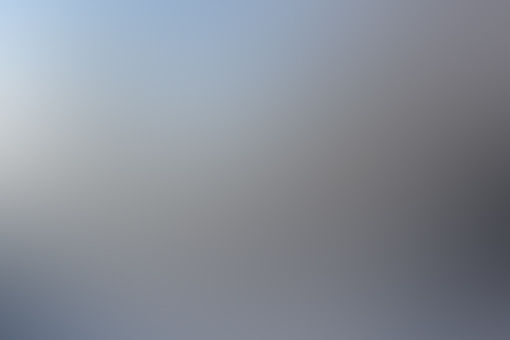 nishma hey, you nice, keep going 💗
Autoplay OFF   •   25 days ago
Transcript Use Images
Let's take a sneak peek at Annika's school life! (and her love for toffees and candies)
funny the couple of arloss.1mr.new neighbor

Annika looked at the clock. "Oh my candies" she gasped. "It's already 8a.m I better get going or I'll be late for school!!" she explained them as she stood up to leave. The just as she was about to leave, someone knocked the door bell. It was Kadon.

At first Annika just gave him the 'Where did I see you before?' look then she said "Hi papa!". Kadon patted her and said "Hello dear come on we should go home and get your books ready". Annika didn't move at all. "Come on Annu" Kadon hurried her. "But daddy what about Emerson where will he go?" she asked. There was a little silence. "Oh I don't know that sweetie" Kadon said and picked her up.

Then Kadon and Annika left. As soon as she got home, she said "Maaaaaaa!!! I want lollipop!" Atefhe was shocked at the sudden call because the house had been silent ever since Annika went to the Pradhan's. "Yes dear!" said Atfhe bringing a small lollipop for Annika.

She enjoyed the lollipop while telling them all about the game. It was 8:30am when she finished talking about what had happened. Only then they started to get her books ready.

"What subjects do you have today?" Atefhe asked Annika. "ummm.... you are mom you should know I don't know" Annika replied. Atefhe laughed. Then she checked her routine and saw 'English, LIH, Nepali, Break,Hindi and play time' on her routine. She packed accordingly. Atefhe had packed a nice home-made butter bread, ten home-made ice-cream mochis (rice cakes) and a toffee for lunch.

After packing she told Kadon to drop her off. In the car, as they drove past some shops Annika read 'Mens-wear, womens-wear and childrens-wear.' Then she said "But baba children shouldn't swear" Kadon laughed. "Honey it's not children swear it's children's wear."

When they arrived at school, Kadon kissed Annika's forehead and said "Bye! Have a nice school... and enjoy you lunch" he said that though he didn't know what Atefhe packed for lunch. "Bye daddy!!" Annika replied and went off.

When Kadon got home, he got ready for work and opened the bakery. Atefhe worked together with Kadon. Mr. and Mrs. Pradhan came to the bakery and asked about the ingredients they used to make mochis. They also asked about Annika's school, and decided that Emerson should also go to the same school.

Emerson was pretty happy about that. At school Annika was having her second class. It was LIH. Her favorite. Miss Samira entered the class. "Good morning, ma'am!" said the class full of energy. "Good morning little ones" She replied

"Turn to page 14!" Samira said excitedly. "Today we are making friends with each other!!" she said. Annika was so excited just like the other kids. "Annika please read us the first paragraph" she said. Annika stood up at once and started reading.

"Chapter-2: Let us be friends" she read and paused for a bit. " The birthday gift!" she said. "Mathew and Raghu were friends since they were toddlers. Now they are in UKG" she read "Just like me I am also in UKG she thought". "and their has grown even stronger" she continued.

Samira realized that was it for the first paragraph and asked Annika to read further. " They liked many of the same things, like playing football and reading fantasy stories. But their tastes in music were different. Raghu loved pop music while Mathew prefered Indian classical music." She read

Miss Samira explained the paragraph to them. Then it was Kriti's turn to read. And as they went on reading they arrived to the end of the chapter. "Okay kids let's check out the Quick Quiz!!" Said Samira. "Question number 1. Do you think Mathew will now expect Raghu to buy tickets for them to attend a classic music concert together? Why?"

Annika's hand flew into the air. "Yes Annika?" Samira asked. "No, Mathew wouldn't expect Raghu to buy them a ticket to a classical music concert because he really loved and cared for his friend and didn't really need anything in return for what he gave." She answered. "Very good!!" Samira said handing her a toffee.

"Question number 2. Which was the better birthday gift? The tickets or the thought behind it?" Samira read. And they went on discussing until all the questions were done. "Okay dear children, we will read 'Let's talk it over' tomorrow. Thank you!" said Samira and left the class.

Now it was Nepali class!. The children eagerly waited for the teacher, but as Miss Pramila was not well she had taken a leave and the play-time teacher was their for substitution. Everything went great and Annika even introduced Yumihishiwi to her classmates.

It was finally lunch time. Annika opened her little baby-blue lunch box that had little candy decorations on it. (Note: everything Annika = everything candy) . She first ate the butter bread and then the ice-cream mochi and toffe for desert. She went and offered some of her ice-cream mochi to Kriti who was sitting alone. That little act of Annika had made Kriti very happy.

She and Annika played together for the rest of the break and sat together for Hindi class. Miss. Ritu was their Hindi teacher. "Hello bachoooo (kids in English)!!" She came in super excited as usual. "Good after ma'am!!" the class rose. "Chalo ab ap log apki rangoliki book nikalie" ( Come on now take out your Hindi course books)

(Hearing this the vegetables become happy) Micah read. They were explained the story and given shabdarth (Word-meaning) as homework. It was play-time again Annika played with Kriti and the day ended.

Kadon was there to pick her up, and on the way home she wouldn't stop talking about all that had happened. At home too she would just go on and on and on about the day. She talked so much that sometimes Atefhe thought how her mouth does't hurt talking so much. Before dinner she went to play at the Pradhan's with a box full of Dobble and they came to her place for dinner.

She gave them some candies each and asked Atefhe to bring them ice-cream mochi for desert. Samuel and Rita were very pleased. Emerson also had a lot of fun. Baby Robert was also looking pretty happy about that. Even after that she wouldn't stop talking about what happened at school. She also shared a few lessons like LIH with Emerson.