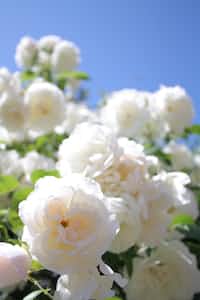 nishma hey, you nice, keep going 💗
Autoplay OFF   •   2 months ago
Transcript Use Images
Let's see what happens to Epiphany when he took a ride 'home' with Mr.Black
fiction kidnappingmr.blackepiphanyexecutionauthority

Once upon a time, lived a boy named Epiphany. On a Tuesday Epiphany was coming home from school. He was an innocent 8 year old that would get covered in mud everytime he played. Mr.Black a neighbor saw the little boy walking and offered him a ride home.

Epiphany who was full of trust, trusted the man and accepted his offer. After a bit Epiphany realized that he was brought to no home. It was an abandoned house, far away. The man took him to the house and said “Epiphany, if we find the correct button and press it, this old house will turn into a castle!”

Mr. Black was obviously lying but Epiphany had already started to dream about the castle. “It would be amazing wouldn’t it??” he asked himself. “And mom and dad will be there!!”. Black led him to an empty room. He took off his belt that was fully black with silver triangular spikes on it.

"Shhhh!" he hissed at Epiphany. "Shhh!" Epiphany hissed back teasing him. Then he told Epiphany to be quiet and sit down. He did as he was told and sat down. Black took a firm grip of his belt and slashed it at Epiphany. The little boy let out a scream in pain. Then Black put a tape on Epiphany's mouth. After a few more slashes, he was dead.

That little boy literally not even 2 digits year old died. It was Wednesday, Epiphany's parents were very worried and filed a missing child case to the police. The police immediately started a search mission.

On Friday morning, Epiphany's parents received a parcel. In that parcel they found chunks of flesh. They were terrified to find a FINGER in it. They called the police and told them what they found in it. The police hurried to their place. After some inspection, "Is there anyone that has any sort of problem with you?" one of the police asked

"Yes, Mr. Black, our neighbor" answered Epi's mother. "We had problem in land distributing thing" she continued. Then without wasting 1 minute, the police went to search Mr.Black's house. It wasn't long before they found Epi's clothes hung on his couch. But, along with that they also found clothes of OTHER missing kids as well.

They investigated him and soon found out that every parent that had reported a missing child to that station had said Mr.Black's name at least once. After a long investigation Mr.Black was found guilty.

The next thing they did was gather all the parents who filed a missing child report and asked them to decide his punishment. All of them said that Mr.Black should be publicly executed. It was not long before the authority granted them permission to execute him.

On Tuesday morning , everyone gathered to see Mr.Black get publicly executed. After the execution, people left with a look of peace on their faces.

I am sooooo sorry I took such a long break from here but I was going through a lot so yea. I will try to post as much as possible. Love ya all!! Byeeee~ ~Nishma<3~