Commaful
A Dream of Purpose 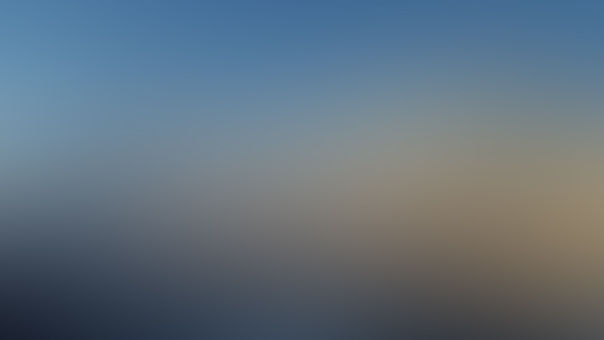 nikolaos Community member
Autoplay OFF   •   a month ago
Transcript Use Images
DC's Dreamer/Nia Nal meets up with some legendary villains, with the hope that they can help her interpret a particularly troubling dream.
fanfiction dcdreamerthe jokerharley quinnnia nalsuperherosuper heroactionfan ficfanfic

A Dream of Purpose

(The following is a fanfiction short story. All characters belong to DC comics)

"I'm in position" A man whispers on his radio, as he starts scanning the area through his rifles scope, searching for the slightest sign of movement.

"Bzzzt... GOOD KEEP US POSTED!" A voice echoed in his ear, making him cringe.

Maybe I was better off takin' out sheep in Middle East, protecting arms dealers... Even a warzone is saner than... "Shit...

" He whispers as his eye catches a slight movement in the darkest corner of the facility. Pressing a button on his ear he said:

"SKIPPIN' ?" Another voice sounded from a distance, again through the comms.

"IF YOU CAN SEE 'EM, IT'S NOT HIM YA DOOFUSES!" A female voice interjected. "WHEN HE GETS 'ERE, YOU WON'T BE SEEIN' NUTHIN! I'LL JUST KNOW 'E CAME 'CAUSE YOU ALL WILL STOP TALKIN'!"

"Comfortin'..." He thinks, as he can see a now obviously female figure, dressed in what periodically appeared as blue and silver through the shadows.

As she casually strolled through the area, he aimed for the side of her neck.

"WHATEVER YA IDIOTS JUST FOLLOW THE PLAN!" She orders them again.

"Right, the plan that means for us to stop answerin' for some reason...

" He whispers, as the young masked woman walks now clearly in the light, and immediately stops, as his two 'partners' jump out from their hiding places to stop her on her tracks.

As they appeared from her left, they forced her to turn, and he was now aiming at the back of her head, feeling the pressure of the trigger pushing back, as he was waiting for the signal.

Through the open channel, he could hear their conversation clearly:

They both started causing a ruckus, both in his ears and out.

"WHICH ONE SHOULD I ANSWER FIRST?" She responded shocked, with her hands in the air.

"DON'T MOVE!" One of the guys barked again.

"WOULDN'T DREAM OF IT!" She responded still shocked.

They both asked at the same time.

"OK, LISTEN, THIS ISN'T HELPING!" The man was still watching her through the cope, shaking her hands, trying to communicate with both men at once.

" She said pointing at each of the men, "AND YOU WERE THERE!" she turned and stared at the man though his scope, straight in the eye!

It took him a second before he realized he should have been pulling the trigger already, but now it was too late.

Just as a blue flash appeared down there and the other two started screaming, a powerful grip closed around his neck, and soon after,

he felt his body being lifted from it's position and landing again.

A hand was keeping his eyes closed as a hit shook through his gut, knocking the air out of him, and a second found him on his jaw and he knew he was loosing consciousness.

The last thing he heard was the screaming of his partners, as a blue light was illuminating the space, and a loud 'thud' followed.

"Hey, thank you for that..." Dreamer whispered in her earpiece as she kept moving forward.

"Are you sure about this?" A calm voice responded.

"No, but it's the only option I have left, since none of the other 'plans' worked... If this fails, I might as well give up."

"I understand, but don't you dare underestimate him, the danger he presents is far more complicated than broken bones, cuts and bruises.

"So I've hear... whoa!" She jumped back, as a huge hummer came at her out of nowhere.

She instinctively raised her arms to block, and a loud crack informed her that she was now in a bit of a situation, as her energy projector was broken.

"What's with tha light show Tinkerbelle? Did tha' rodents start accepting powers out 'a tha' blue? Harley asked jokingly as she placed the hammer on her shoulder.

" Dreamer mutters as she begins to get back up on her feet, but before she could regain her balance, a barrage of attacks forced her to clumsily jump backwards, all the while,

"So who bit it and made you put on a mask babe? Mom, dad, siblin', lover? Maybe all of the above?"

As Nia was trying to protect herself from the attacks without her projector, the image of her mother filled her mind, and as usual, it was instantly followed but that of her sister,

and her words ripped through her once again, locking her feet in place, and that hollow feeling washed over her in less than a second, but that was all Harley needed to land another hit,

breaking her left arm, and throwing her on the ground.

"Ouchy!" She yelled out while giggling, and she playfully approached her again, hammer in hand.

"Doncha worry sweetie, I'm sure it'll aaall be ok, there will for sure be loads o' people at your funeral! An' they'll all say nice things about how heroically you fought!"

Stupid! Nia thought as she got up, faster this time, and dodged the next attack.

"And in any case, if you were to get out of here, I would suggest talkin' to whoever hurt you, even if it's only their graves! An' lettin' them know how you were hurt!

, Tryin' to put your feelings into words usually makes you understand them better!"

The noise echoed in the building as she missed again with the hammer.

"Ya can't deal with a problem until you understand it ya know! And ya can't just come and fight fo' your life when a mere mention of your mommy or a booty call makes you freeze!!!"

"And always remember, that loosin' someone is one of only two possible alternatives! And the other way around would be just too cruel for your loved one's ya know!

" She said with tears in her eyes.

"Thanks, but I think that I'd rather take my advice form a professional!" Dreamer answered, still struggling to keep her distance, as the numbing pain from her arm was tiring her out ever faster.

"Oh, but I am a professional! Though, it's kinda embarrassing to admit that I'm not licensed anymore (Don't tell anyone), so I can't actually prescribe anything to you...

but I do have something very potent for the pain!"

No way I can take her out normally, it's a risk, but I'll have to sleepwalk through this... Dreamer thinks as a wave of numbness starts spreading through her body.

Her vision blurred, and Harley was no longer standing there, it was just her, in a dark place, and she could see headlights, coming her way...

a car was running towards her, she could see it coming, and she could calculate the speed, but she had to avoid it at the last possible second...

As she sidestepped, she felt a small gash of air close to her face, and she suddenly saw some change in the ground.

She dropped on one knee to collect them and felt another gash of wind overhead.

The numbness felt pleasant, as she did not have to deal with the pain any more,

and the signs all around her would inform her of most attacks (assuming she could interpret them in time) but she knew better than anyone, that as good as sleepwalking was for defense,

it's offense sucked, because as soon as she decided to be aggressive, he body shook her out of that state with a wave of adrenaline, so she had to make her move at the last possible second...

And again, she felt the vibrations next to her left foot, so without thinking, she kicked forward,

as her right hand closed around the now freed handle of the hammer and with a forceful turn she built it's momentum around her and brought it to the side of a now screaming Harley,

and as soon as the hit landed she was thrown to the other side of the room, landing unconscious on the floor.

Since Death is inevitable, the only possible outcomes are that you will either outlive your loved ones, and bear their loss, or you will die first, and they will have to carry it...

it's not exactly a bright side, but it is strangely comforting, to know that they will not have to feel what you did, when you lost them... I will try to keep it in mind in the future...

As she said that, she dropped the hammer and thanks to a small premonition, she searched Harleys body for a small breathing device, before she kept walking towards her actual target.

Soon enough, she came upon a door at the far end of the building and with the help of a couple more premonitions, she avoided all traps set on and around it and entered the final room.

Written by T.I. Nikolaos author of "The End of History #1 The World Behind Walls".

Inspired by all things DC and the activism of the amazing Nicole Maines!